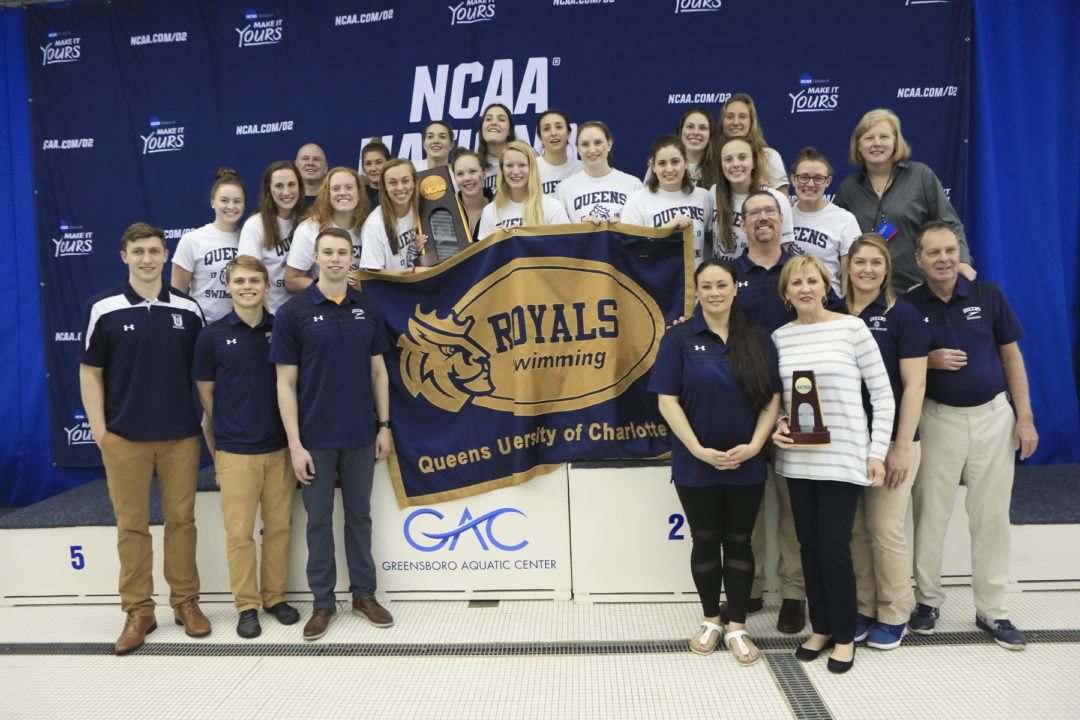 The Queens women and Indianapolis men top the first CSCAA Division poll of 2019.

Editor’s Note: SwimSwam is not on the voting panel for the CSCAA Dual Meet Rankings, but the rankings are posted as a courtesy to the CSCAA.

There was movement on one side of the top of the CSCAA polls, as the defending champions Queens women swapped rankings with UC San Diego and take the top position in the first poll of the new calendar year. Drury remains ranked at #2, while UC San Diego takes over Queens’ position at #3.

On the men’s side, Indianapolis retained its #1 ranking, while Queens moved up from #4 to #2. There were some big movements further down in the rankings, including Simon Fraser coming it at #6 after being unranked in the previous poll.

The full CSCAA release is below:

January 9, 2019 – The College Swimming and Diving Coaches Association of America (CSCAA) have released their third TYR Top 25 Dual Meet Swimming and Diving Poll of the 2018-19 season.  The Indianapolis men and Queens University of Charlotte women claimed the number one spot.

After the conclusion of many teams competing in mid-season invitationals, there was some movement in the rankings. On the women’s side, Drury, UC San Diego, Indianapolis, and West Chester round out the top five spots. On the men’s side Queens (NC), Grand Valley, Tampa and Delta State complete the top five.  In total, twenty-eight men’s and twenty-nine women’s teams earned votes.

The rankings are voted on by CSCAA-member coaches and the next polls are scheduled for release on January 30 and February 27.
www.cscaa.org/top25