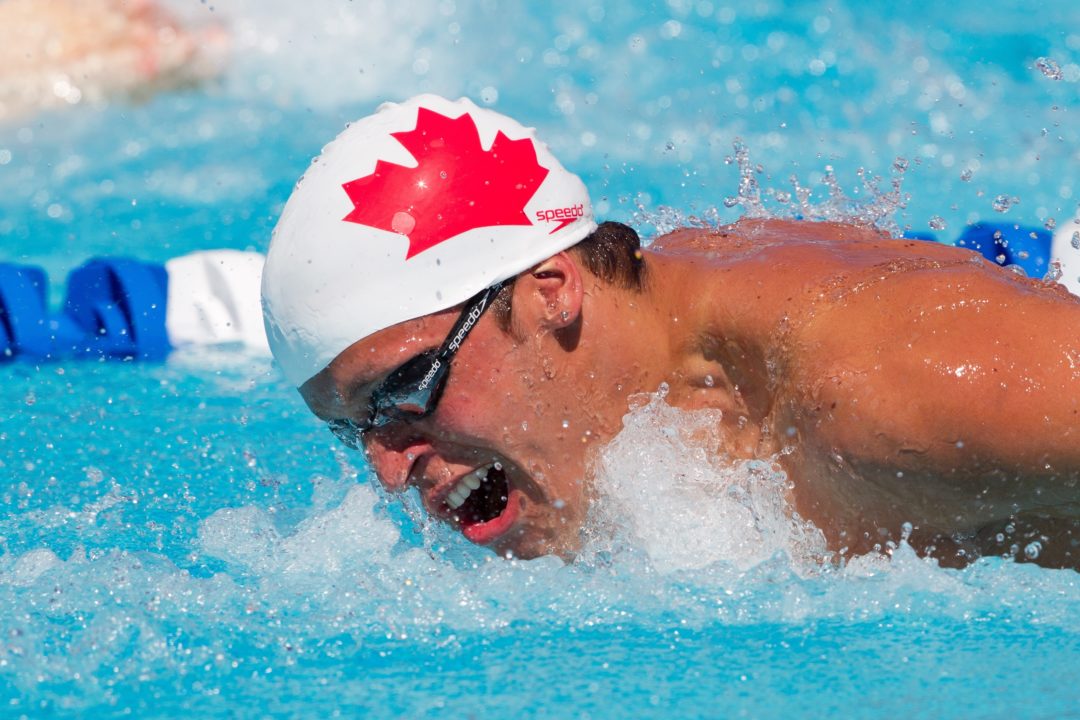 The psych sheets have officially been released for the Speedo Eastern and Western Canadian Opens, annual competitions which run towards the end of February dividing Canada into two parts for two of Canada's fastest winter meets. Archive photo via Tim Binning/TheSwimPictures.com 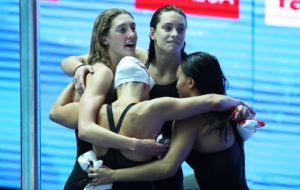 The psych sheets have officially been released for the Speedo Eastern and Western Canadian Opens; annual competitions which run towards the end of February dividing Canada into two parts for two of Canada’s fastest winter meets.

The Eastern meet will showcase plenty of Canada’s best athletes, many of which come from Ben Titley’s group at the High Performance Centre in Toronto. The HPC centre, which now runs out of the new Toronto Pan Am Sports Centre, will be sending Michelle Williams, Martha McCabe, and Zack Chetrat to compete in Quebec.

Michelle Williams will be focused mainly on the sprints. The former Ohio State Buckeye swimmer is entered in the 50m freestyle, 100m freestyle, and 50m fly. Michelle Williams is one of the top sprint freestylers in Canada at the current moment, with her stiffest competition coming from occasional teammate Sandrine Mainville. Mainville will be competing at the CIS Championships the same weekend, therefore will not be competing at Easterns.

Williams is seeded first in all three events, and should be one to watch especially as the Canadian World Championship trials become closer and closer.

Martha McCabe is another one to keep an eye on. McCabe was the bronze medallist at the 2011 World Championships in the 200m breaststroke and since then has been a driving force in the breaststroke events on the Canadian scene. McCabe has tons of experience, even making an Olympic final in 2012.

McCabe will be swimming the 100 and 200m breaststrokes at this meet. In the 200, she’s seeded second to Laura Massicotte, entering the meet with a seed time of 2:26.76. After an injury-filled season last year, this meet should be a great indication of where McCabe is at in her training. At Canadian trials she, Kierra Smith, and Tera Van Beilen are the heavily favourited swimmers in the 200m breaststroke.

Zack Chetrat will be the final swimmer out of Titley’s group competing at Easterns. He’ll swim the 200m freestytle, 100m fly, and 200m fly. Chetrat made the 2013 World Championship roster in the 200m fly and demonstrated a very strong showing at last year’s CIS Championships. He will be heavily favoured in the fly events here, and a complete wildcard in the 200m freestyle, entering the event with no time.

Other than Titley’s swimmers, there will be a few strong up-and-comers to keep an eye on. Fourteen-year-old Penny Oleksiak from the Toronto Swim Club is entered in a whopping 12 events, which is the most out of all the competitors at the meet. Oleksiak broke a few Canadian age-group records in December at the Ontario Junior International and is currently coming off a successful trip to Orlando competing at the Arena Pro Swim Series. She’ll be very prominent in the sprint freestyles, backstrokes, and flys. She’ll also be seen in the 400m IM and 400m freestyle.

Danielle Hanus, currently a rising backstroke star in Canada, will be putting up a fight in all three backstroke events. She’s also coming back from Orlando after representing team Ontario at the Arena Pro Swim Series. In addition to the backstroke she’ll be swimming the 200 and 400m IM.

Rebecca Smith is one of those swimmers who is one of the top young prospects in the nation. Smith holds Canadian age-group records and is seeded second in four different events this weekend. The swimmer from Red Deer, Alta. will be racing in the 50 free, 100 free, 50 fly, and 100m fly. With roster spots on the line for both the 2015 World Championships as well as the Pan Am Games which will be hosted in Toronto, this meet will be a great representation of just where she’s at going into trials.

Cameron Kidd is in a similar boat to Smith, demonstrating undeniable talent in the sprint events which could land him a spot on the national team this summer if all goes well. His 50 freestyle speed is without a doubt extremely fast. The University of Toronto commit is entered in three events this weekend and seeded first in all of them. He’ll be racing in the 50 fly, 50 free, and 100m fly.

Turning away from sprinting there will be some fantastic distance and middle-distance freestyle battles set up on the men’s side. Eric Hedlin and Peter Brothers of Island Swimming will go head-to-head in the 200m freestyle, and face-off again in both the 400 and 800. In the 800 however, Kier Maitland of the Keyano Swim Club will be in the mix and is a definite threat in the distance events. With the three of them, it should make for an exciting race. Hedlin and Maitland will compete once more as they’ll take the stage as the top two seeds in the 1500m freestyle as well.

The only national-teamer present on the women’s side will be Emily Overholt. The young 17-year-old competitor was a big part of the Canadian relay effort last summer at the Commonwealth Games and Pan Pacific Championships. She’ll be looking to back-up an incredible summer with another national team birth at trials in April. For now though, she’ll be swimming the 200m freestyle, 400m IM, 200m fly, and 200m IM at Westerns.

On the men’s side, national team member Russell Wood will be swimming. Wood has had tons of success in the CIS but did not swim as a varsity athlete for Calgary this year. Due to this, he’ll be able to compete at Westerns the same weekend the CIS Championships will be going on. Wood will swim all three backstrokes. As one of the top if not the top backstroker in the nation, it should be a good weekend for Wood.