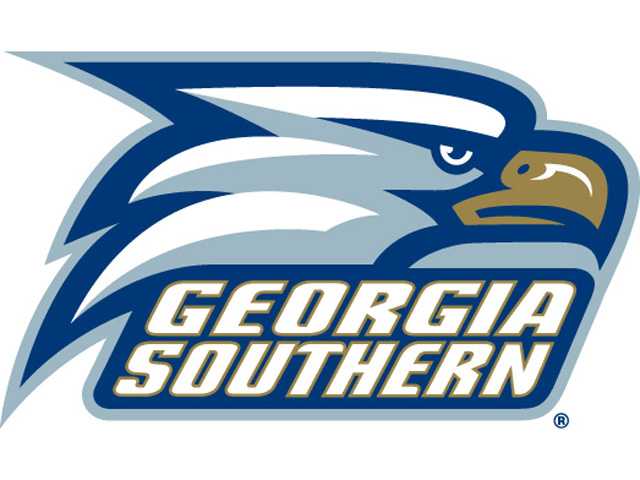 A group of student protestors marched across Georgia Southern's campus and some engaged in a "sit-in" at the swim team's first meet in response to a text message containing the N-word sent by a team member over the summer.  Stock photo via Georgia Southern

A group of student protestors marched across Georgia Southern’s campus and some engaged in a “sit-in” at the swim team’s first meet in response to a text message containing the N-word sent by a team member over the summer.

In July, a Twitter user published screenshots of text messages between two students, one white and the other black. The conversation suggested the two would be roommates. The white student was identified in the tweet as Courtney Schaefer, a senior on Georgia Southern’s swim team. The screenshot shows Schaefer sending a message containing the racially-charged N-word, immediately after claiming she meant to send the message to someone else and that auto-correct changed the word “triggerish” into the racial slur. You can see the full screenshot below:

Do y’all believe this?? Triggerish isn’t even a word, why would it autocorrect to this terrible word? I hope Nwamaka doesn’t have to room with this horrible individual. #courtneyschaefer pic.twitter.com/D8svEYIB2i

The George-Anne, Georgia Southern’s student newspaper, reports that the protest took place on Friday, the date of Georgia Southern’s first home swim meet of the season, against UNC Asheville. The report says students marched, chanted and carried signs, starting at the student union and ending at the school’s aquatic center. The protesters continued to chant outside the building while the swim meet happened, then concluded with a 30-second moment of silence. After that, some protesters sat in at the swim meet. The student newspaper said it could only get comment from one spectator, a mother of a swimmer who said the sit-in was “very peaceful.”

Protesters quoted in the student newspaper said they believed Schaefer should have been punished more harshly, even perhaps kicked off the swim team:

“I definitely, 100 percent, think she should have been kicked off the team. I feel like there should have been some form of punishment, and there wasn’t, and I think that’s a lot of the reason why a lot of people are angry,” student Megan Siefert said in the story.

That was almost a good save

To be sure, Kanye West has used the word in a very popular song

this is ridiculous grow up

What exactly do these young unqualified superior people do in these ‘ impoverished countries besides lying on beaches & sucking up resources?

If there is a group of Georgia Southern swimmers doing mission work in an impoverished country over spring break, that sounds like a great story and we’d love to cover it. Please get in touch with us through our story submission at the bottom of the page!

That said, it doesn’t make this any less of a story. Something positive happening doesn’t mean we can ignore something extremely negative happening to the same program.

This is difficult. Upsetting to hear, but ultimately I’m not sure what the University can do. Sometimes the remedy has to come from the guilty individual. Courtney Schaefer could right this wrong by owning up and asking the other girl involved what she could do to reconcile. Having the decency to be truthful in situations like this really does go a long way.

Would think the athletic teams have a code of conduct and that this will fall under it..

That is not a commonly used word today… even in the black community. There is no way that word exists as an autocorrect in 2018. It’s not in my autocorrect either. Just say sorry. You got caught.

I guess I don’t get what we’re protesting here. You can’t have a text discussion in your private life these days? My goodness, a terrible word, and something I’d never text or utter to anyone, but marches and moments of silence? Pitchfork nation. How will these kids ever carry on with this massive injustice that’s pretty much none of their business?