Pros and Cons of the New Olympic Events 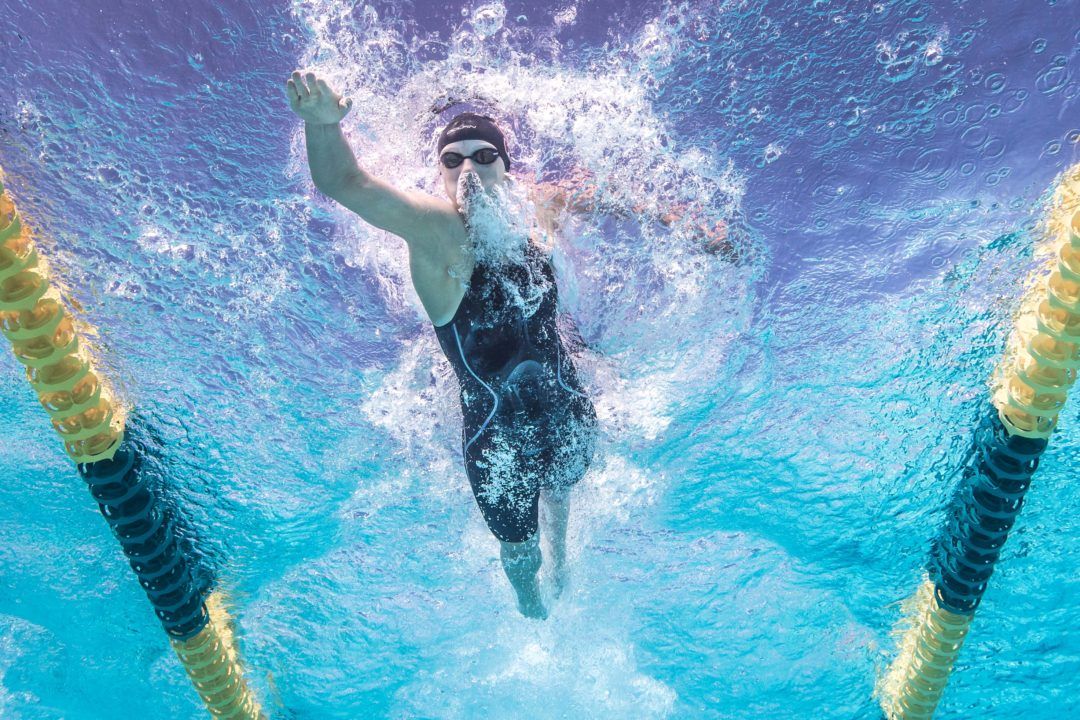 The IOC announced today the additions of three new events to be added to the Olympic program, effective for the... Archive photo via Mike Lewis/Ola Vista Photography

The IOC announced today the additions of three new events to be added to the Olympic program, effective for the 2020 Tokyo Games. Finally, the men and women will be swimming the exact same distance races– the Olympics will look like the World Championships from a distance standpoint. We’ll actually get to see Katie Ledecky rip apart the field in the 1500, while distance swimmers worldwide will be able to get another shot at a podium finish.

Distance swimmers typically focus solely on freestyle, thus limiting the best milers from venturing into other events. A world-class sprinter, or somebody like Katinka Hosszu, would have more feasible options for secondary swims than a distance swimmer, who otherwise might only have the 800 or 1500 on their Olympic program. In addition to the relay potential for sprinters, since distance swimmers rarely have the range to make the 4×200 relay, another distance event gives those slow-twitch specialists one more option.

Are more distance events going to sell more tickets? Probably not in a significant way. There might be a bump from Ledecky swimming another event, but the 800 free (and especially the 1500) is notoriously known for being a commercial break race. And while TV spectators might hate those cuts in the middle of a distance race, empty stands are evidence that people aren’t showing up in throngs for these races in person.

Meanwhile, the mixed medley relay has its own set of pros and cons. The pros are simple: more racing (yes!), more relays (yes!!), more sprints (yes!!!). Comebacks are fun to watch, like the mile at the 2016 Men’s NCAA Championships, but comebacks over the course of a single sprint leg (a la Michael Chadwick in Windsor) are even more exciting. On the other end of that, the 2015 Worlds showed that the event wasn’t taken very seriously, and some top swimmers were notably absent from that relay. That could, of course, change as it becomes a more common events at such big championships.

Additionally, the back and forth exchanges in a 400 mixed medley relay are pretty exhilarating to watch. Depending on the order and sex of the swimmers on a given relay, a team that started off in 8th can jump to 3rd, then to 6th, then to 1st in just a few minutes, and vice versa. And, assuming the world’s best show up for the relay, we’ll get to see more big swims, like an additional 100 breast from Adam Peaty.

Still, the mixed medley relay is a new idea for the international stage, and one that many swimming stars may not mesh with. These new additions will add more time to prelims and finals sessions, and some stars may opt out of them to focus on their already-set races.

The leveling out of distance events is certainly a positive step towards gender equality in the sport. Let’s not forget that men were allowed to swim the 1500 free in 1904– 64 years before women could race the 800. However, we’ll have to wait and see how the new events settle into the international swimming scene as new Olympic medal opportunities.

I’m wondering if it would have been better to add in the mixed freestyle relay first, instead of the mixed medley relay. That one seems to be taken a bit more seriously, and it’s easier to follow for less dedicated swim fans.

If one of them absolutely has to be added, I’d say the medley. The nuances of different strokes and genders based on who you have makes it more interesting, IMO.

But in a perfect world, I say don’t have them at all.

It might have been better to add the individual 50 events instead. They’re fast, fun, and it would mean a total of 8 events (an average of a medal a day), with potentially fewer medals being given out than an extra relay that would most likely see a different lineup in prelims and finals.

How would that make 8 new events? 2 x Back, Breast, Fly, ?
It is a miracle that IOC added any new events for swimming as it was one of the sports that already had the most medals awarded.

Yes, currently there are 9 spots for freestylers in relay finals, and 1 for each of the strokes. Hardly fair, although more freestyle is reasonable as it is the primary swimming “stroke”. This now becomes slightly less unbalanced.

Regardless of potential viewership or not; its great for THE ATHLETES!

Boring events for spectator and Media. The 50s and underwater kick would keep fans and Media attentive.

It isn’t about the spectators. It’s about the athletes.

No, there isn’t. Stop putting down the longer races because they are boring. That is a slap in the face of the distance swimmer – including Ledecky. To make such a sweeping negative statement is truly unfair to the sport, the spectators who LIKE the distance races and the athletes who train their butts off for the event.

lol what I didn’t say anything about distance swimmers, I love them. I was just saying 50s are good for the athletes

I know that, Sam. I was still riding Dawg for such an ignorant posting. I apologize if you thought I was speaking to you. All my best.

Olympic sports are (ideally) about the amateurism of the respective sport and the betterment of the athletes. not about about the media or the public (not outright at least)

Ameteurism and Olympics (apart from boxing) divorced themselves the best part of 40 years ago. The rest of your statement … no issues

I’d like to see the 50 meter underwater dolphin kick, where both hands have to touch each other during the entire race (but of course first it should be added to the WAC).