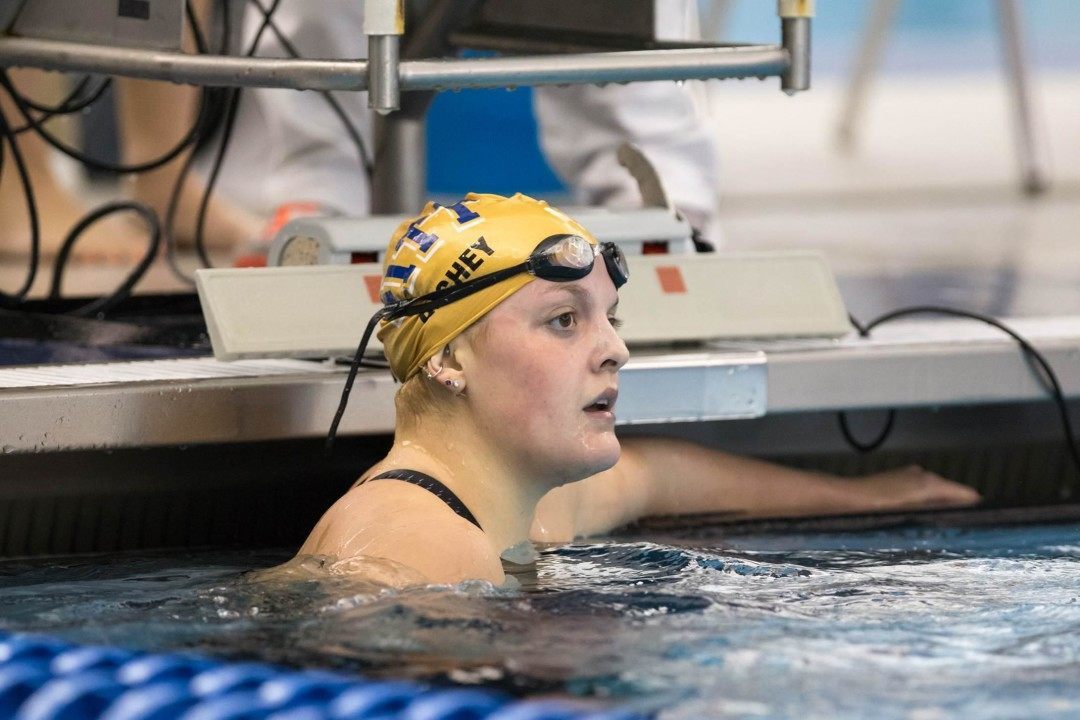 The Pitt swimming & diving teams will host a dual meet for the first time in more than two months... Current photo via Tim Binning/TheSwimPictures.com

The Pitt swimming & diving teams will host a dual meet for the first time in more than two months on Saturday when the Panthers welcome West Virginia to Trees Pool for the swimming & diving edition of the Backyard Brawl.

In what has become a local New Year’s tradition, the Panthers and Mountaineers will once again meet on the first Saturday after the resumption of spring semester classes, marking the 23rd straight year that Pitt and West Virginia will directly compete against each other in the pool. Pitt leads the series—in both men’s and women’s Backyard Brawl head-to-head results—by an 18-4 margin during that timeframe.

“We’re really looking forward to racing against West Virginia,” Pitt head coach John Hargis said. “The tradition of the Pitt vs. West Virginia matchup—across all sports—is something that is very important to the region and both programs. (WVU head coach) Vic Riggs has done a tremendous job there; they have extremely tough teams. For us, we have to come out and do what we do best. We have to find ways to win races. We’ve been getting better at that. We have to get our hands to the wall first as much as we can.”

Saturday’s Pitt vs. WVU meet will begin at 10 a.m. with diving before swimming starts at 11 a.m.

Fans can also watch on the ACC Network Extra via ESPN3 or the WatchESPN app.

The Panthers will once again be led on the women’s team by reigning ACC champion diver Meme Sharp and school record-setting swimmers Amanda Richey, Lina Rathsack and Valerie Daigneault.

Meanwhile, the Pitt men will lean on NCAA champion diver Dominic Giordano and a group of talented swimmers that includes Zach Lierley, Aaron Sett, Samy Helmbacher and a host of others.

Admission is FREE to all fans for Saturday’s Backyard Brawl at Trees Pool.