Pitt Arrives In Atlanta Ahead Of ACC Championships 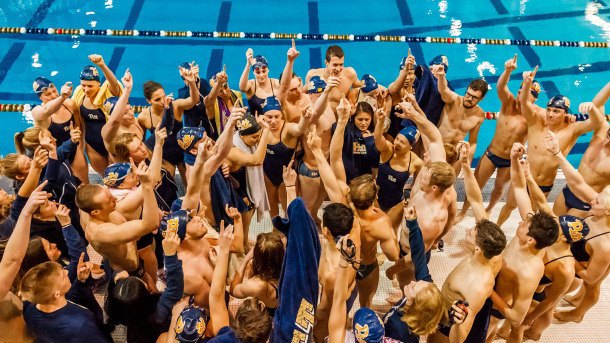 Pitt swimming & diving has arrived in Atlanta ahead of this week’s ACC Championships for diving and women’s swimming, beginning... Current photo via Jeff Gamza/Pitt Athletics

Pitt swimming & diving has arrived in Atlanta ahead of this week’s ACC Championships for diving and women’s swimming, beginning on Monday at the Georgia Tech Aquatic Center.

For a full schedule of events for the ACC Championships for women’s swimming and men’s and women’s diving, click here.

The Panthers, led by first-year head coach John Hargis, enter the postseason aiming to better last season’s 10th-place ACC finishes for both teams while also targeting as many individual qualifying performances for next month’s NCAA Championships as possible.

“In swimming, we’re hoping to see fast times, good finishes and NCAA qualifiers,” Hargis said. “We’ve trained hard all year for this, and now it’s time to prove ourselves against the best competition in the conference. As a team, we believe we can set a record for our best women’s team finish in the ACC this season.”

“We know the competition will be tough this week,” Krug said. “But if we maintain focus and concentrate on what we can control, we’re optimistic that we can compete at the top of the conference and score some points for the team.”

Over the past three years as members of the Atlantic Coast Conference, Pitt women’s swimming & diving team have recorded finishes of eighth, eighth and most recently 10th at the ACC meet. This year, the team has several pieces that give the Panthers an optimistic outlook of finishing in the top half of the league for the first time ever.

Amanda Richey, Lina Rathsack and Valerie Daigneault have already combined to break six Pitt school records this season and that trio will again be among a talented group of Panthers looking to break records, reach ACC finals and qualify for nationals in swimming this week.

Giving the Panthers quality in depth, Rachel Brown, Kinga Cichowska, Emily Murphy, Madelyn Shaffer and others who will set their sights on scoring team points for Pitt at the ACC Championships in both their individual events and with the team relays.