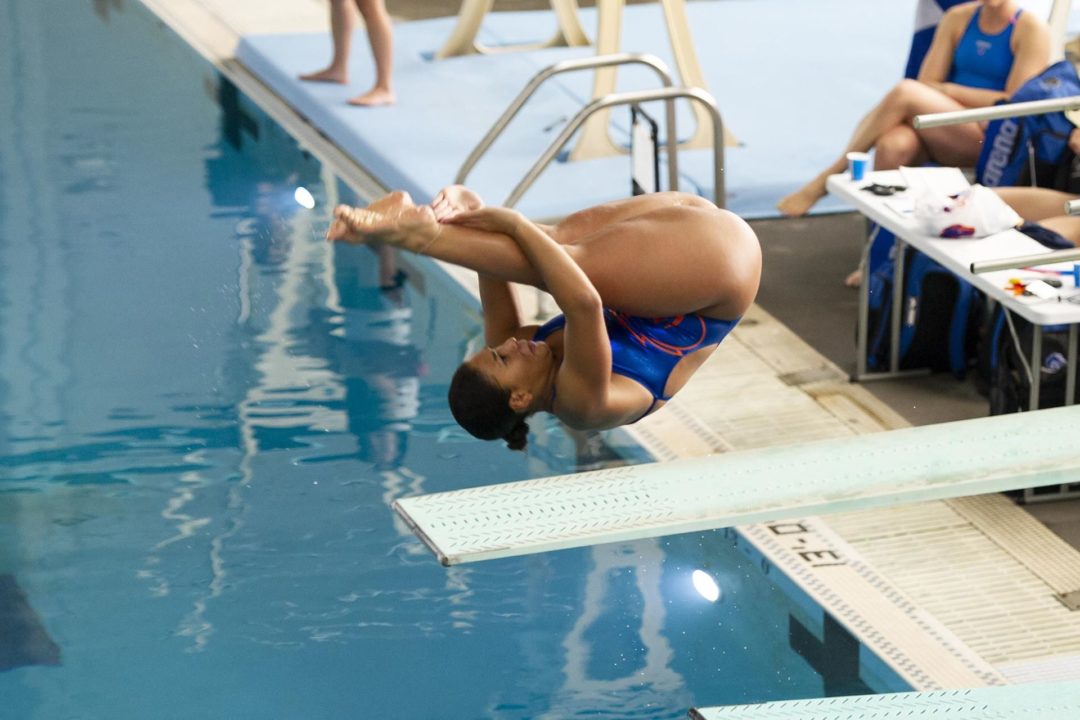 “The whole weekend was really solid for us, I’m really happy with how we came out and competed,” said head coach Christine Mabile. “We had two good teams that we were competitive with at home this weekend and the girls did a good job competing not only against the other teams but amongst themselves as well, pushing each other to be better. Today we had some fun class relays that did well and were exciting to watch.”

Pinger won two races Saturday taking the title in the 50-yard freestyle with a time of 23.87, then swam a 2:21.21 to win the 200-yard breaststroke. On the weekend, she won four races, two each against Wyoming on Friday and Idaho today.

Boise State also dominated both relay races against th Vandals sweeping the top-three places in both events. The Broncos sophomore team made up of Madesyn Ronquillio, Lauren Yon, Kaitlyn McCoy and Lauren Vitort won the 200-yard medley relay by finishing in 1:47.23. They were followed by the freshmen team (Tina Andrasek, Anahi Schreuders, Beatriz Zoppie and Emma Brady) with a 1:47.43 good for second and the senior squad (Georgia Zacest, Pinger, Jamie Nats and Emmie Jennings) in third with a 1:47.54.

The 200-yard free relay was won by the Boise State senior team of Pinger, Nats, Jennings and Ally Schultz clocking a time of 1:37.20. They were followed by the Bronco juniors (Madison Frederick, Brittany Wen, Lauren Sale and Molly Hogg) recording a 1:38.56 to place second, while the freshmen (Zoppei, Schreuders, Carly Palmer, Brady) took third at 1:39.03.

Zoppei clocked a 2:07.51 to place first in the 200-yard butterfly. Wen also won swimming the butterfly claiming the title in the 100 fly with a 57.11 as the Broncos swept both races.

Aimee Iwamoto was the lone winner for Idaho, taking first in the 100-yard breaststroke in 1:06.25.

Katie Hale earned second in the 100-yard butterfly in 58.65 seconds.  Teammate Rylie Jones finished third in 58.69 seconds, cutting off more than half a second from her time on Friday.

Heather Carbon improved on her 3-meter diving score from Friday.  She scored 272.33 points in the event on Saturday to take third.

Kaling Phung also improved her mark.  She finished fifth overall in the 100-yard backstroke in 59.50, cutting off 0.40 seconds from Friday’s time.

Next up, Idaho heads back to the Palouse to take on Washington State on Fri., Oct. 18.