Pignatiello Claims 2nd Argentine National Record In As Many Days 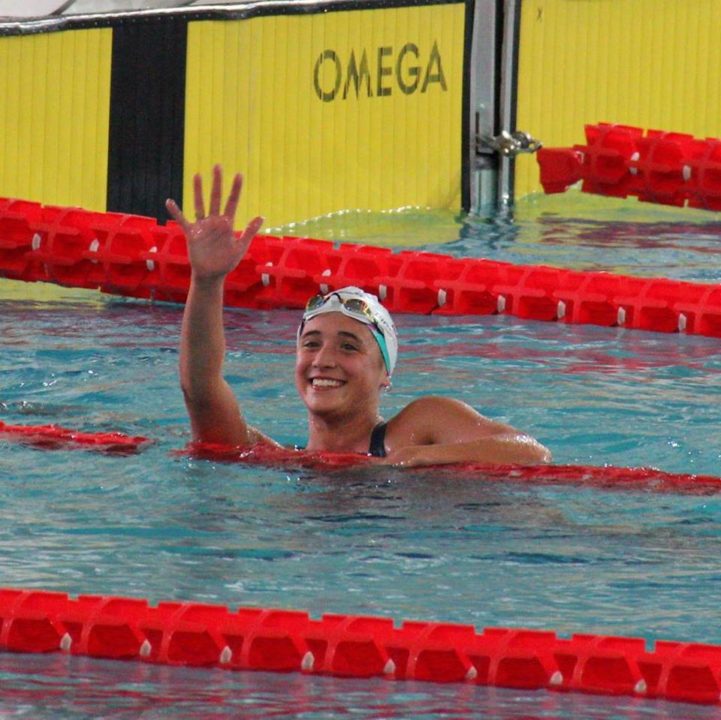 Yesterday we saw a fierce battle between teenagers Ajna Kesely of Hungary and Delfina Pignatiello of Argentina in the women’s 800m free. The pair brought out the best in one another, with Kesely ultimately hitting the wall first in 8:24.25, the 2nd fastest mark of her impressive young career, while Pignatiello clocked a new Argentine National Record of 8:24.33.

Part two of the competitive duel continued tonight in the 400m free, where Kesely once again got the edge, but by just a fingernail. The Hungarian powered her way to a winning mark of 4:06.55, a time just off her season-best of 4:06.12 logged at the Hungarian Nationals in March.

For Pignatiello, the Argentine settled for silver in a mark of 4:06.61, but cleared a new Argentine National Record as consolation. Her time tonight overtook her previous personal best and national standard of 4:08.33 that’s been on the books since the 2017 World Junior Championships. At that competition in Indianapolis the Argentine finished to Kesely’s gold once again, dating this pair’s connection back at least 2 years.

Pignatiello’s time inserts her among the world’s top 15 performers in the world this season.

For the second straight day, Ajna Kesely and Delfina Pignatiello had an epic finish in a women’s distance free event, as the Hungarian got the better of the Argentine once again in the 400. Kesely held the slight edge the entire race, and after a push from Pignatiello on the penultimate 50, the two split nearly identical on the way home to finish .05 apart.

Kesely clocked in at 4:06.55, just over a second off her 4:05.12 from the Hungarian Championships in March, while Pignatiello’s 4:06.61 gave her a new National Record by close to two seconds. Her previous record stood at 4:08.33 at the 2017 World Juniors, and she was 4:08.34 to win the opening stop in Monaco. She also is now just six-tenths outside of the South American Record in the event after she broke the 800 Continental Record yesterday.

This swim bumps her into 15th in the world this year, one spot ahead of Russian Anna Egorova who finished third today in 4:09.53.