Phelps is Back; Don’t Wait to Buy Tickets for Summer Nationals 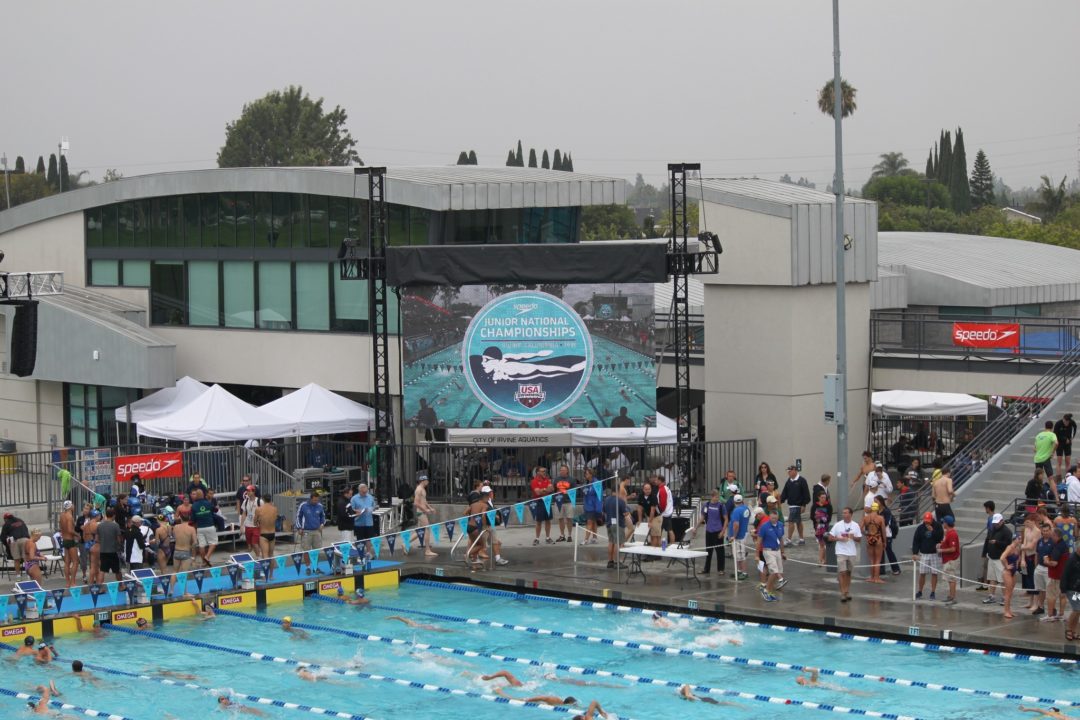 We heard some pretty good, and pretty funny, stories about swim parents who used some serious hustle to get tickets to watch their kids swim at the Mesa Grand Prix. There were scalpers, Craigslist ads selling $10 tickets for $60, and even a little bit of schmoozing to get in on a free VIP ticket from a kind gentleman (don’t worry, we won’t tell who that was).

Michael Phelps is back, and with that, the ticket for the USA Swimming National Championships in Irvine likewise has become a hot ticket.

Ticket sales opened up in January, and according to the meet hosts, they got the Phelps bump too. They’re not yet sold out, however, and for just $10 for prelims and $15 for finals are quite a deal. It’s not just Phelps, it’s Ledecky, and Lochte, and Missy, and Adrian, and any number of other swimmers from what is still the world’s fastest National Team.

As a reminder, Nationals this summer will serve as a selection event for:

With Worlds and into 2015 on that list, there won’t be many ‘healthy scratches’ for this one, it will be an all-out race to be in the conversation for the next two years. Just the same way, there won’t be hundreds of walk-up tickets available either, would be our hunch, after the rush for Mesa.

If you get left in the parking lot again, there will be no sympathy from this corner. You’ve been warned.

I know I’ve asked this before…but I don’t remember if it was answered. Why is this a selection meet for World Champs 2015 as well? Why can’t we hold trials next summer as well?

It’s the wisdom of the wizard’s of swimming.

I think it was started in 2006, because the 2007 Worlds in Melbourne was held in March.

So if a young swimmer improves drastically after the Summer Nationals he does not get a spot on the team for the WC? Or do they make room for him?

It’s one of the drawbacks of naming the team a year in advance. It’s why Missy was only qualified for one individual event in Melbourne…the 200 back. (She was able to swim the 50 back after being selected for it in Shanghai). So she missed out on gold opportunities in both the 100 back and 200 free.

At least people who bought higher priced tickets were able to see Phelps do the 100 Fly on the same day he scratched the 100 Free. Still there was probably some expectation of a double there, and the following day not many would want to see Phelps do a 50 fly in lieu of the regular 50 free.

No room has been made in the past. Grevers in 2010 was a prime example of what can happen. Missed 2011 WC Team because of a less than stellar Nats in 2010. I personally think that it’s not a good idea to run it this way for that reason and the up and coming star that misses out on that meet. It works for the Olympic Team every 4 years to date, selecting the team the summer of the meet only makes sense. It causes the national championship to be in June, but will that really effect the swimmers who have the best chance at making the team? Coming off of a college season or not, athletes would adapt as… Read more »

Missy Franklin was also negatively affected by this in 2011- only qualified individually in the 200 back in 2010 and then would have possibly also won gold in the 200 free and 100 back if USA swimming’s selection policy had allowed her to enter those events. Her bronze in the 50 back happened because, IIRC, Natalie Coughlin declined the entry and that opened up the spot to others on the team.

It is not for me to judge how things are run in another country, but this surprises me. There is also the contrary case: a swimmer can be in great shape during the summer and in not-so-great shape the summer of the following year. I know that this can happen also within the same season, but empirically I would say it is more likely to happen when the hiatus between the selection meet and the race meet is longer. I guess US swimming has such depth that it can afford these risks! Still, it would be sad for swimming fans all over the world to miss the chance of seeing a rising star compete with the best in the world.

Luigi – I think some of the theory involves creating a sort of two-year stability to these international teams. Other countries don’t have it quite so bluntly, but do have similar principles that allow swimmers to really wind up for big taper meets. For example, most countries have performance standards from the prior year’s World Championships (top 3, final), or something along those lines, that automatically gets you onto the team the following season. My guess is that USA Swimming weighed the pros and cons of using that sort of system with the pros and cons of just having a two year team, and decided on the two year team. Which is not to say I necessarily agree or disagree… Read more »

I seem to remember Busch saying they wouldn’t do this again. What changed his mind? Or was he simply outvoted?