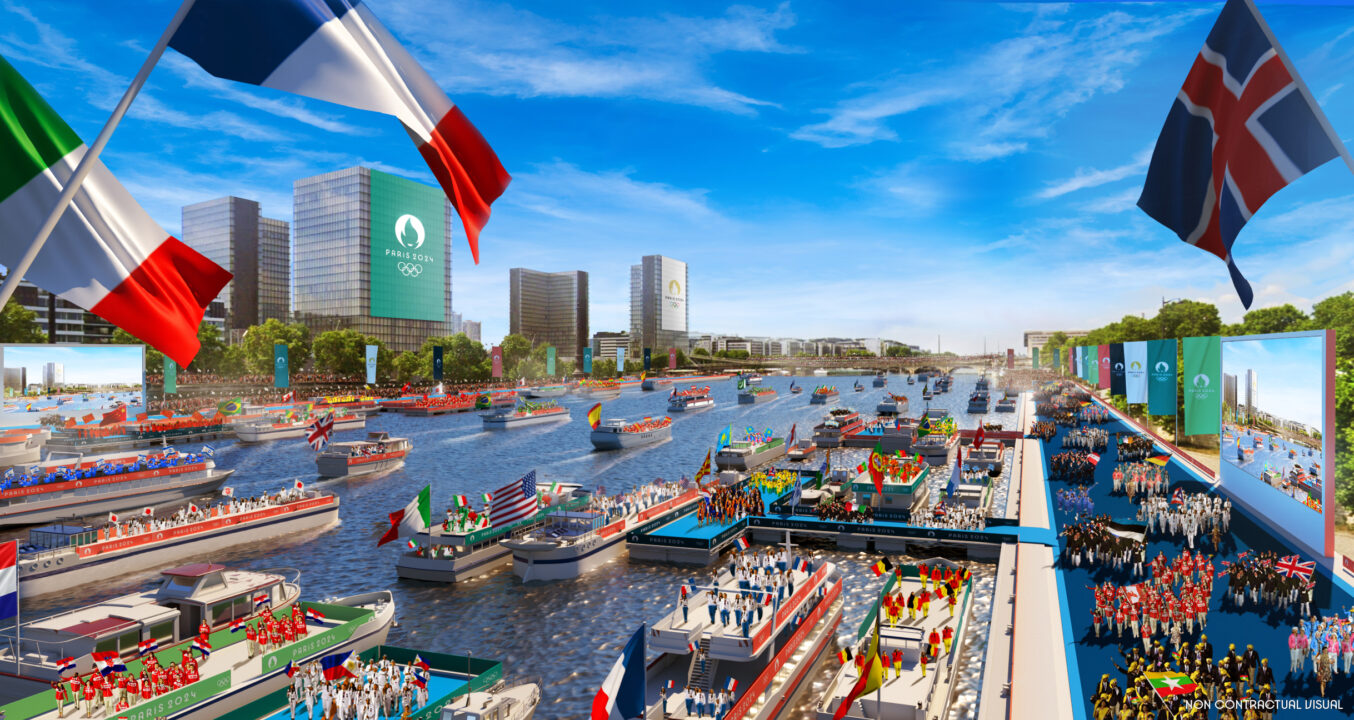 Besides being spectacular and open to the public, for free, the new opening ceremony concept will reduce the strain on athletes.

The Paris 2024 Olympic Games will feature an opening ceremony unlike we’ve ever seen before – and that could have competitive implications.

Organizers will turn a 6 kilometer (3.7 mile) stretch of the Seine into the parade of athletes, with delegations riding on boats and barges through the city. This will essentially turn all of Paris into a giant Olympic stadium, and will take event past a number of the city’s iconic locations, including the Eiffel Tower, Notre Dame, and the Louvre.

The length of the event will include a number of artistic performances, like BMX bike stunt riders flying over bridges.

Enhancing the iconic nature of the event is that most of it will be free to the public – allowing the potential for millions to view the ceremony.

The implications for the competitive aspects of the Games are huge. Many athletes, especially those in early events like swimming, have become hesitant to participate in the opening ceremony because of the strain of being on their feet for hours just before starting competition. That’s especially true for the athletes who have the added honor, and physical strain, of carrying their nation’s flag.

But now, athletes can enjoy a leisurely boat ride down the Seine, and then choose to either return to the Athletes’ Village or sit in the grandstand to enjoy the main show.

Besides this competitive impact, this could offer new opportunities for athletes and nations to showcase their cultures and their creativity via the way they decorate their boats.

Possible challenges include sea sickness (though this isn’t usually much of an issue on river boats) and some athletes having a fear of water because of an inability to swim (which shouldn’t be an impact for the athletes that SwimSwam usually covers). There could also be security concerns with such a sprawling event.

Tony Estanguet, the president of the Paris 2024 organizing committee, said that it would be the “most spectacular and accessible” opening ceremony in Olympic history, with 600,000 people expected. There will be ticketed grandstands along the route, with free standing room.

As the Olympic movement looks for ways to reshape both how it is operated and how it is viewed by the public, the ability for local citizens to participate in the Games in such a meaningful way should go a long way toward building local support for the event, which is becoming increasingly crucial in the notion of hosting ‘successful’ Games.

Aerial view of Paris with Eiffel tower and Seine river

Very cool! And the swimmers get to go and save their legs!

Fantastic idea. I was also thinking about the security concerns.

I saw this announced on another blog the other day. Covid better fade into the background by then because this sounds utterly awesome.

Some security concerns, but still rad.