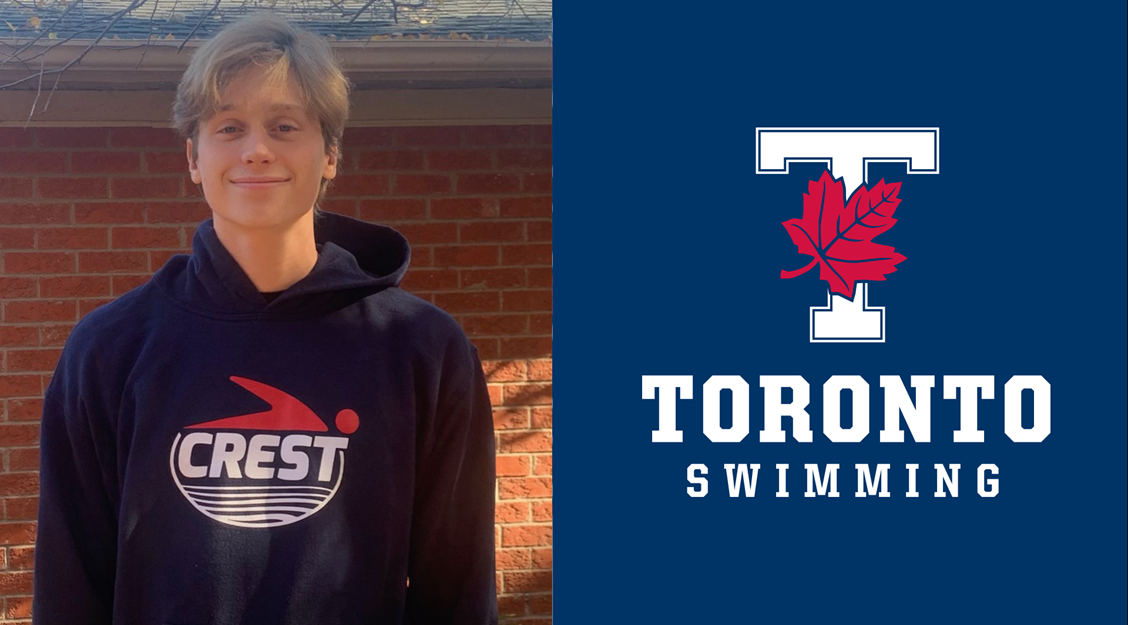 Loewen, who is coming off a breakout performance at the Ontario Junior International meet, will join his hometown Varsity Blues for the 2022-23 season. Current photo via Toronto Varsity Blues

Canadian Olympic Trials finalist Ben Loewen has signed a National Letter of Intent to swim with the University of Toronto Varsity Blues beginning in the 2022-23 season, further bolstering what has long been one of the top swimming programs in the country.

Loewen, a Toronto native who currently swims for the Crest Swim Club, is an all-around talent that can swim a variety of events at a high level, having picked up three top-six finishes at the 2021 Canadian Olympic Trials in June in three separate disciplines.

A post shared by U of T Swimming (@utswim)

At the recent Ontario Junior International meet in Toronto, Loewen won three gold medals, two silver medals and added a bronze across the same six events, setting new personal bests in all of them. His victories came in the 200 back, 100 fly and 200 IM.

“In my opinion, and many others, Ben was the top male swimmer in the country in Grade 12, so U of T is very happy he has chosen to advance his swim career and academic career here with us,” U of T head coach Byron MacDonald said.

“Ben’s swims at the Trials were indicative of the great work he has done with his coach Fred Arzaga at the Crest swim team and were great foreshadowing of even better things to come.”

Loewen said that Toronto’s combination of academics and swimming made it an easy decision to join the Varsity Blues.

“For a long time, I’ve considered U of T one of my top choices, and visiting the campus a couple of months ago just reconfirmed that,” Loewen said. “Having easily one of the best academic and swimming programs in Canada, it’s clearly objectively amazing.”

“For me there was also a personal connection though. I felt Byron would make an excellent coach for me and I already have great friends on the team. On top of all that, it’s in the city I grew up in and love.”

U SPORTS, the national governing body of university sport in Canada, canceled all of its winter national championships due to the COVID-19 pandemic in 2020-21.

At the 2020 Championships, which featured SCM prelims and LCM finals, Loewen’s short course best times would’ve made the ‘A’ final in all six of his best events. In the long course finals, his PBs would’ve all placed in the top five, including first in the 200 fly and third in the 200 back.

The Toronto men have perenially been a top-three team at the U SPORTS Championships, last winning the title in 2016.