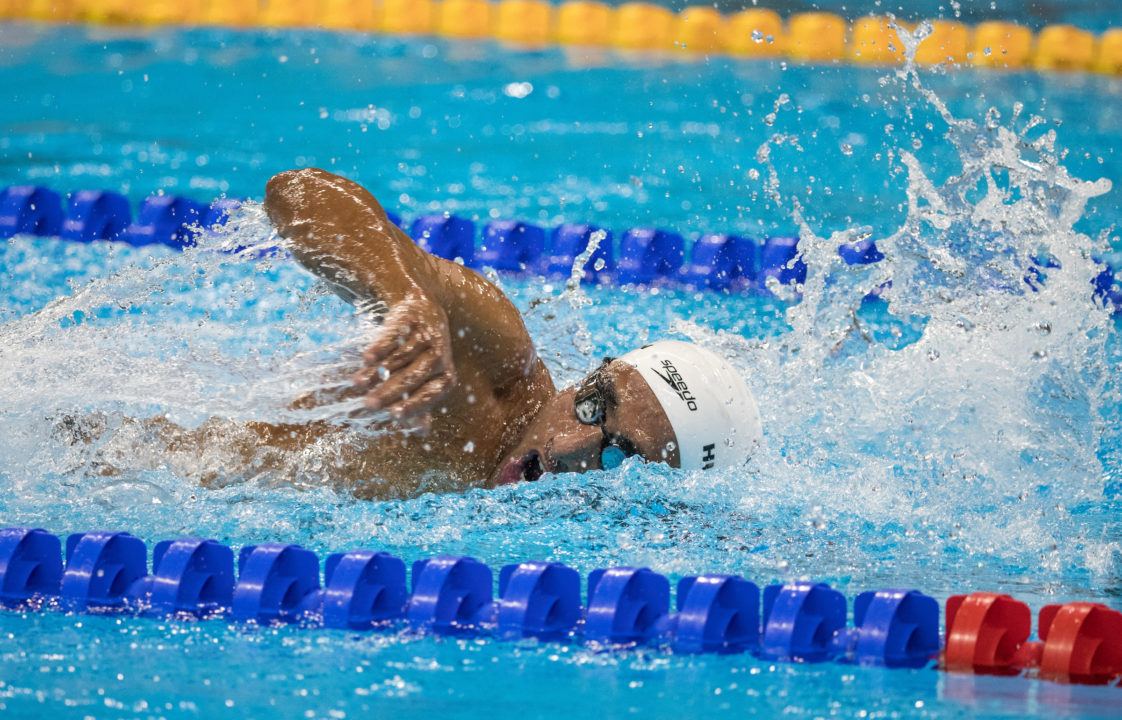 World record holder Yelyzaveta Mereshko finished first in prelims with a time of 5:25.27. Great Britain will have two athletes competing in this final. Eleanor Simmons and Ellie Robinson will swim in finals with times of 5:37.75 and 5:41.04, respectively.

Colombia’s Carlos Serrano Zarate will lead the way into this final with a time of 2:40.58. The USA’s Rudy Garcia-Tolson will be seeded second with a time of 2:43.26. Current world record holder Ievgenii Bogodaiko will also compete in the final heat with a qualifying time of 2:44.89.

Ukraine will take the top two seeds going into finals. Maksym Krypak and Denys Dubrov qualified first and second with times of 51.52 and 51.76, respectively. Their teammate Dmytro Vanzenko will also be competing in finals. Brazil will send two swimmers to this final. Pelipe Rodrigues finished third in prelims with a time of 51.96. Teammate and current world record holder Andre Brasil also qualified for finals.

USA’s Robert Griswold qualified for the first seed in finals and set a Paralympic record with a time of 1:05.33. Ukraine will send two athletes to finals. Both Iurii Bozhynskyi and Bohdan Hrynenko will swim in finals

USA’s Michelle Konkoly set a new Paralympic record with her time of 28.36. Konkoly currently holds the world record in this event. Australia will have three athletes swimming in this final tonight. Ellie Cole, Emily Beecroft, and Ashleigh McConnell will all be competing.

China will send three swimmers to finals in this event. Wenpan Huang qualified for the top seed with a time of 40.51 setting both Paralympic and World records. Teammates Jainping Du and Hanhua Li both qualified for finals with times of 46.95 and 50.55, respectively.

Makes u wonder about the other swimmers from Ukraine

And what about a Chinese S3 Swimmer being faster than a Brazilian S5 Swimmer and also this Chinese swimmer who never went into any international competition before splits a 50 time that is 6 second FASTER than the WR for S3..

The women’s S8 class is s shocker and the men’s S10 is no better. Millward way out in front in 100 back, followed by Elliott – twice classed S9 in 2015 and Patterson whom the IPC have substantive evidence that she cheated during her classification. If the IPC refuse to clean up, then I don’t see what anyone can do. It’s all becoming very tiresome. Sad for the genuine athletes.

The only light relief provided by Lakeisha sacrificing a medal to put her “palsied” left arm on display.

What’s the evidence of Lakeisha cheating? If you aren’t the IPC you can’t say they have evidence because you’re not them. Not saying you’re wrong, cheating is obviously against the Paralympic Movement but how do you know she’s a cheat?