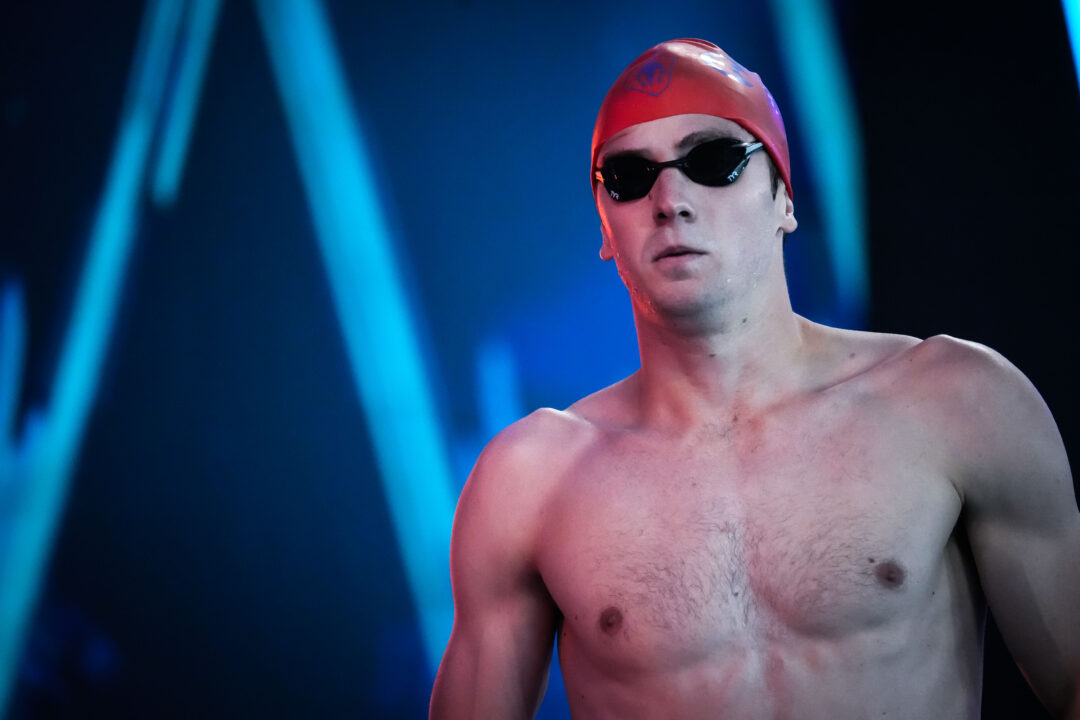 Swanson, who competed for Energy Standard in ISL Season 3, recently moved from Ann Arbor to Austin to train with the Texas Pro Group Current photo via Mike Lewis/Ola Vista Photography

While Filming a Practice with the Texas Men (video coming soon), we spoke with former Michigan All-American and 2019 Pan American Champion in the 400 IM, Charlie Swanson. Swanson, who competed for Energy Standard in ISL Season 3, recently moved from Ann Arbor to Austin to train with the Texas Pro Group. Swanson discusses what training is like with the UT men and what his future in swimming looks like.

(Also, sorry about the wind, did not think they were practicing outside that day)

A tad late to “break” this news

It’s not news, it’s an interview.

Really? What news organizations have have covered this story with an on-camera interview at the UT practice site?

Another Big Blue move. When does it stop?