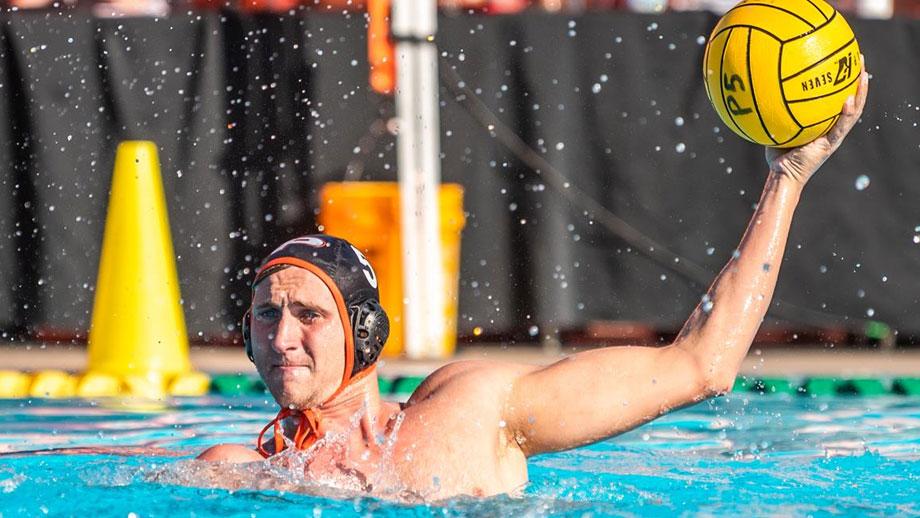 For the third consecutive season the University of the Pacific's Luke Pavillard is the Golden Coast Conference Player of the Year honors. Current photo via Pacific Athletics

ALISO VIEJO, Calif. — The Golden Coast Conference presents the 2019 Postseason Honors and for the third consecutive season the University of the Pacific’s Luke Pavillard is the GCC Player of the Year honors. Earning GCC Newcomer of the Year for 2019 is Pavillard’s teammate, Jeremie Cote.

Pavillard has been instrumental in leading the Tigers to three straight GCC regular season titles, pushing them to the No. 1 seed with a 16-3 overall record. He led the league in goals per game (2.84), points per game (4.26) and steals per game (1.42), and was second in assists per game (1.42). Pavillard leads Pacific with 54 goals on the season, ranking fourth in the league. He adds 27 assists and 27 steals, ranking fifth and third, respectively.

As for Cote, he made an instant impact in his first season with the Tigers, scoring 46 goals with 24 assists and 70 totals points in his inaugural campaign. He ranks seventh in the GCC in goals, seventh in assists and fourth in points.

Pavillard is also first-team All-GCC for the third straight year and is joined by teammate Engin Ege Colak, who also earned the honor for the third consecutive season. Also earning first-team honors are Chris Dilworth and Balazs Kosa from Pepperdine, Ivan Gvozdanovic and Danny Roland for UC Santa Barbara and Rafael Real Vergara from Long Beach State. Both Dilworth and Gvozdanovic earn the honor for the second straight season.

The 2019 GCC Men’s Championships will take place at Pepperdine’s Raleigh Runnels Memorial Pool in Malibu, Calif. Action begins Friday, Nov. 22 with a No. 3 UC Santa Barbara taking on No. 6 UC Irvine at 11 am, followed by No. 4 Long Beach State taking on No. 5 San Jose State at 1 pm. The semifinals will be played on Saturday, Nov. 23 at 11:15 am and 1:00 pm. In the first semifinal will be No. 2 seed Pepperdine taking on the winner from the first game. The second semifinal will feature the winner of game two taking on top-seed Pacific.

Championship Sunday will feature the title game at 1 pm on Nov. 24. The winner earns the GCC automatic bid to the NCAA championships.