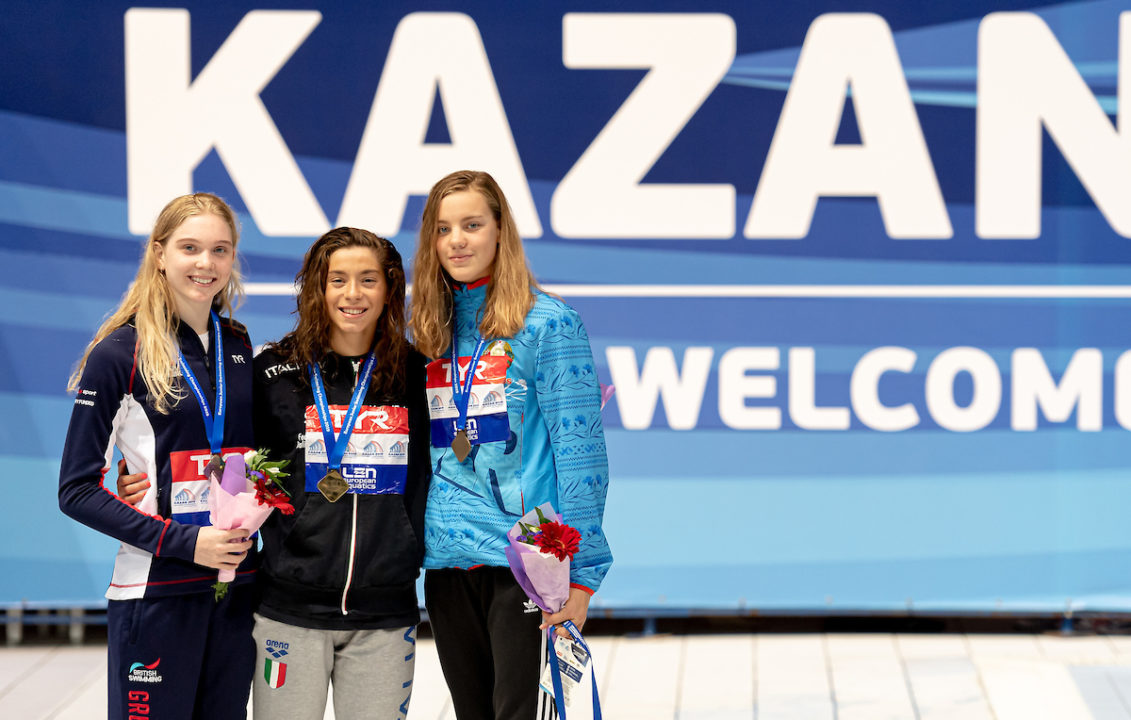 The teenage contingent competing at the 2019 British Summer Championships put up some notable performances on day 2 in Glasgow.

16-year-old Honey Osrin, the 200m backstroke silver medalist from this year’s European Junior Championships, got her hand on the wall first in her age category’s 100m back race tonight in a tie of 1:02.88. She marked the only competitor to dip under the 1:03 threshold, falling less than a second off the 1:02.11 she notched in Kazan just a couple of weeks ago.

In the men’s 50m back, a pair of Poole swimmers did damage in their respective age ranks, with Robbie Hemmings topping the men’s 15-year-old podium in a time of 57.86 and Oliver Fairman reaping gold in the 17-year-old race in 56.60.

For Hemmings, his time outperforms his previous PB of 58.82 produced just this past June, while Fairman’s time tonight overtakes the 57.06 he produced at the British Championships in April.