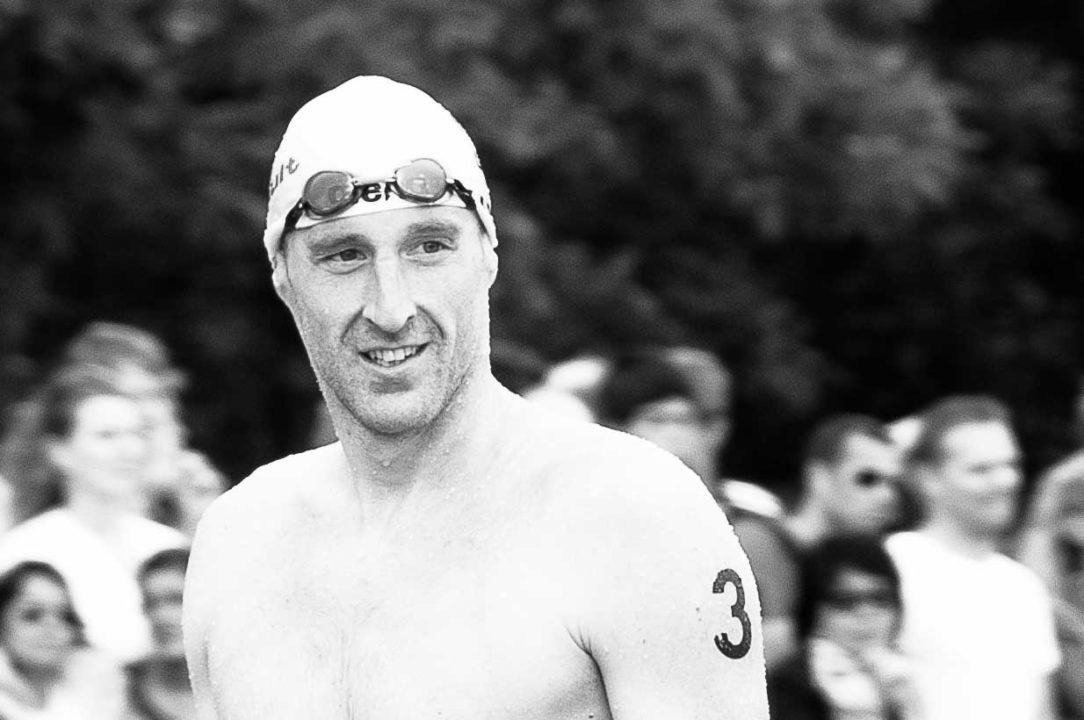 With an absolutely incredible season, it's almost a given that Lurz be named the 2013 open water swimmer of the year. .. Current photo via Mike Lewis/Ola Vista Photography

With all the Swammy awards being handed out to pool swimmers, it’s time to take a shift towards those who compete in open water competitions. 2013 has had some great open water competition with fast results at the World Championships, the FINA World Cup series, and the European Open Water Swimming Cup Tour.

This year’s men’s award for Open Water Swimmer of the Year goes to Germany’s Thomas Lurz. This should be no surprise to anyone as Lurz had an incredible season. Besides his incredible World Championships performance Thomas Lurz had a very impressive run at the FINA World Cup series. Lurz came home with two golds, a silver, and a bronze out of the five stops that he competed at.

This summer for the first time Lurz medalled in the 25km race earning himself a gold medal. He swam to a silver medal performance in the 10km race and earned himself a bronze in the 5km. He earned himself a second gold in the 5km team event with teammates Christian Reichert and Isabelle Härle to bring his total medal tally for the meet up to four making it his most successful World Championships yet.