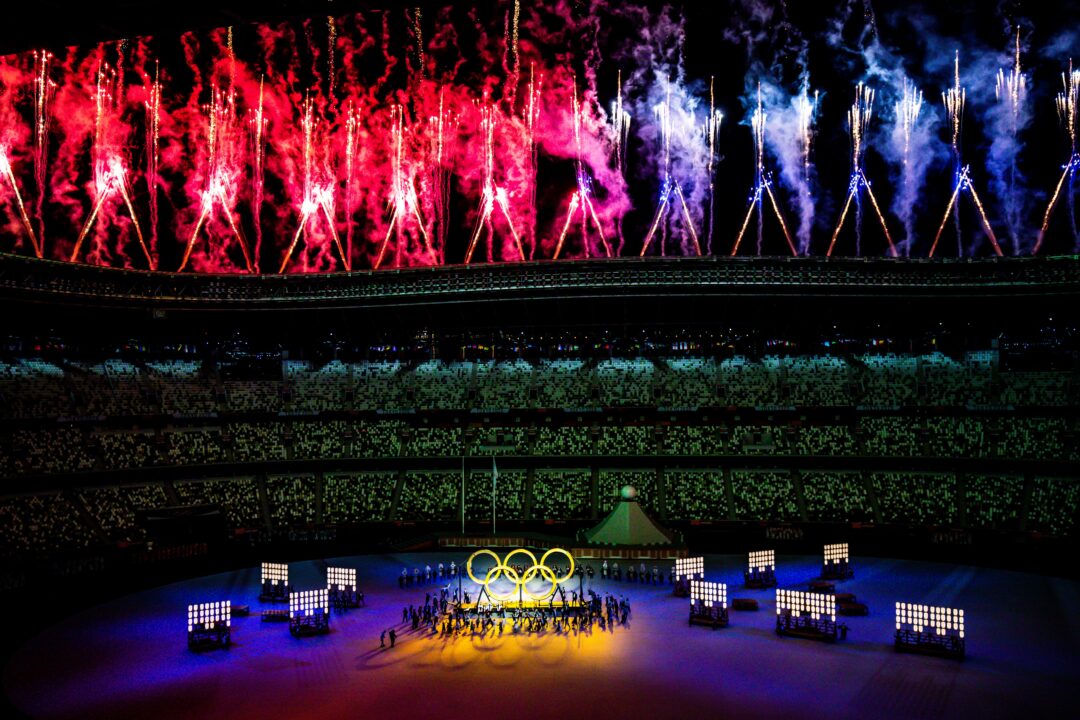 Catch up on the biggest Olympic and Paralympic storylines outside of the swimming world. Stock photo via Jack Spitser/Spitser Photography

Periodically, SwimSwam will update you on the biggest news around the Olympic and Paralympic world, outside of aquatic sports. Read on to learn about a the USA Gymnastics case, South Korea’s decision to not boycott the Olympics, and bidding updates for the 2030 Winter Olympics.

Three years after USA Gymnastics declared voluntary bankruptcy, 10 insurance companies have finally agreed to terms on a reorganization plan for the federation, according to The Sports Examiner. Notably, this includes the formation of a trust to pay insurance proceeds to survivors of Larry Nassar, former team physician and convicted sexual abuser.

However, this solution was not easily approached. Previously, only nine out of the 10 insurance companies agreed to these terms. The outlier was TIG Insurance Company, which was initially responsible for $106.2 million. On December 13, however, the company did reach an agreement with the Survivors’ Committee, a group of nine women who were abused by Nassar.

Part of that agreement saw the amount that TIG Insurance will pay reduced from $106.2 million to $45 million. As a result, the total for the abuse claims dropped from $400.6 million to $339.4 million.

Now, all 10 insurance companies will move forward with paying millions of dollars to abuse survivors, and small amounts to other creditors. Distribution of this money will begin in the near future, and will begin the closing of the USA Gymnastics bankruptcy case: the federation is due to come out of bankruptcy in early 2022.

The USOPC has also dropped its decertification case against USA Gymnastics.

South Korean President Moon Jae In states his nation will not implement a diplomatic boycott of the 2022 Winter Olympics taking place in Beijing, China. According to Kyodo News, Moon said to Australian reporters South Korea had not been asked to participate in the diplomatic boycott, which was inspired by increased criticism over China’s human rights abuse in recent years.

A diplomatic boycott is a situation in which athletes would still travel and compete, but a country’s dignitaries and political representatives would not attend.

On December 6, the United States announced their diplomatic boycott. Eight other countries have announced their participation in this protest as well, as Lithuania, New Zealand, Australia, Great Britain, Canada, Kosovo, and Belgium will not send representatives to Beijing. Japan announced it would not send government officials, but it would send the president of the Japanese Olympic Committee. However, South Korea’s proximity to China means they must take a more careful approach, especially because of China’s diplomatic influence on North Korea.

Although this is not the first boycott in Olympic history, it is the first diplomatic one and first for the Winter Olympics. Historically, there have been six full boycotts of the Summer Olympics, most notably in 1980, when the games took place in the Soviet Union, and in 1984, when it took place in Los Angeles, during the height of the Cold War. There were calls for boycotts in 2008, when the Summer Olympics were hosted in Beijing.

Bidding for the 2030 Winter Olympics Heats Up

The Salt Lake City-Utah Committee for the Games recently unveiled a $2.2 billion USD budget for the 2030 Olympic Winter Games:

According to the committee’s president and CEO, Fraser Bullock, 89% of the public supports hosting the 2030 Winter Olympics, which includes support from the mayors of the host communities.

In preparation for 2030 (or even for 2034), the committee has 13,000 hotel rooms under contract, according to Utah’s KPCW. Colin Hilton, president and CEO of the Utah Olympic Legacy Foundation, states that half the legacy funding will enhance programming and help maintain facilities, such as the ski venue Soldier Hollow and Utah Olympic Park.

Vancouver’s bid received renewed support after the announcement that the heads of the First Nations of the area, Tsleil-Waututh, Squamish, Musqueam, and Lílwat Nations, would lead the “Host Nations Exploratory Assembly.” This would mark the first ever Indigenous-led bid in the history of the Olympic movement. These groups would partner with the City of Vancouver and the Resort Municipality of Whistler in order to determine the feasibility of hosting the Winter Games, 20 years after doing so in 2010. This Indigenous-led effort and support was key in Vancouver mayor Kennedy Stewart’s pursuit for an Olympic bid.