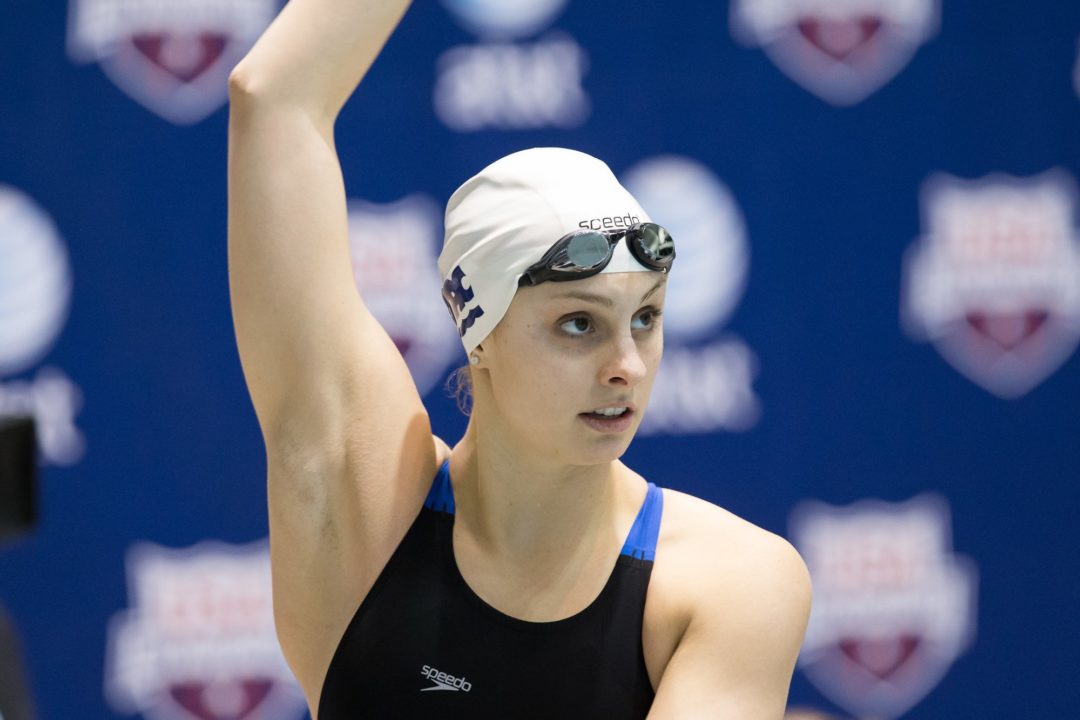 Katie Meili said she has been racing in Speedo since a young age and that the suits give her extra confidence behind the blocks. Archive photo via Tim Binning/TheSwimPictures.com

Katie Meili announced via Twitter that she will be joining Speedo after one of her most successful years yet.

“I officially signed a couple of weeks ago but I have been lucky to have a great relationship with Speedo for a couple of years now. I love the company, the people and the products. It’s the best possible fit for me,” Meili said.

“I’m grateful to join such a fantastic team. I feel lucky to be a part of it. My swimming journey has been a dream come true to say the least and I’m thankful for every moment,” Meili said.

The Colleyville, Texas native swam for Columbia University where she had three top ten finishes at the NCAA Championships throughout her collegiate career. After graduating in 2013 she moved to Charlotte, North Carolina to train with David Marsh at SwimMac. Since then she has competed in the 2016 Rio Olympics where she brought home a bronze medal in the 100m breast and gold in the 400m medley relay.

“I decided to keep swimming after college because I loved it and because I was still improving. It wasn’t until after I was swimming professionally for a while that I realized I could actually make it work,” she said.

With long hours of hard work in the pool day in and day out striving to reach her goals, it’s the support from not only Speedo, but everyone around her that has helped her get to this point in her career.

“I have had so much support and help along the way and I’m incredibly grateful for it. I wouldn’t have gotten this far without my family, friends, coaches, teammates and many others along the way,” Meili said.

No love for Kevin Cordes? He also just signed with Speedo.

did she represent another swim/ athletic brand before speedo?

I don’t think so. Swimclub Swimmac is sponsored by speedo so it would be a natural fit to individually sign on with them.