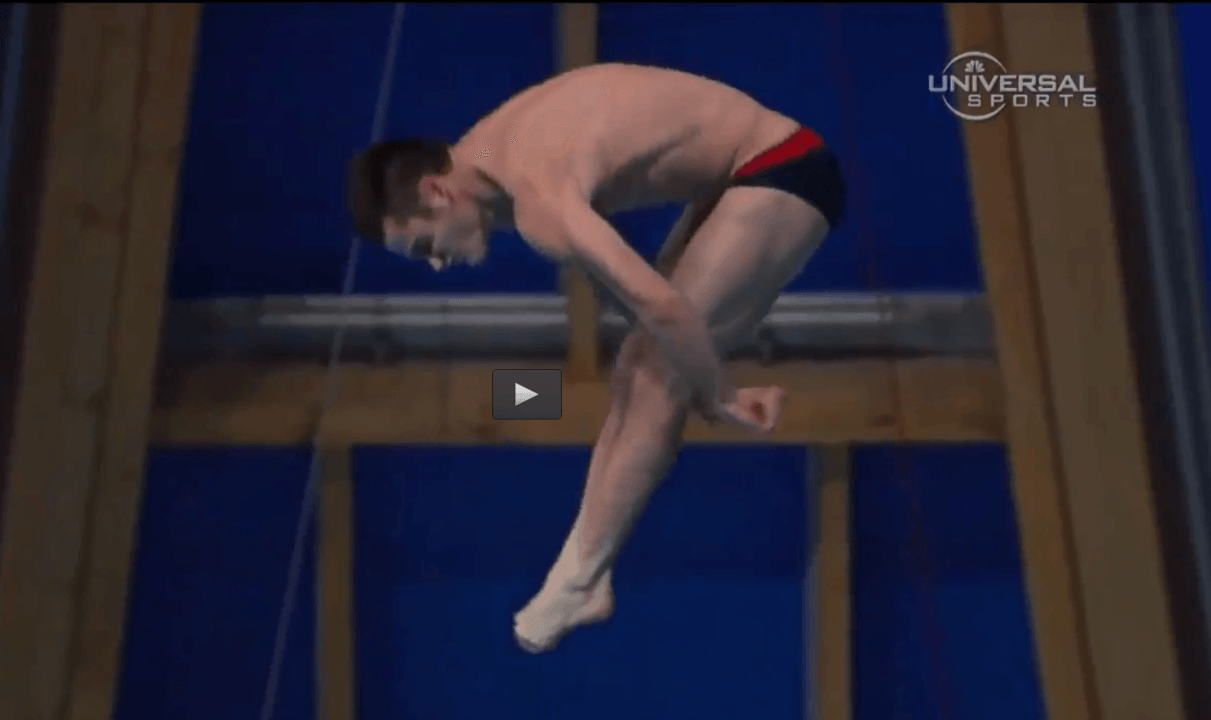 David Boudia (Noblesville, Ind.) officially announced Tuesday that he will be returning to the sport of diving. Current photo via USN video

David Boudia (Noblesville, Ind.) officially announced Tuesday that he will be returning to the sport of diving. Boudia announced his decision at his alma mater, Purdue University, after waiting a year to evaluate whether he would retire or return to the sport.

“Making this decision allows me to continue to make an impact,” Boudia said. “I feel more responsibility now and have to produce. More so getting back in shape, getting the dives back, competing at a high level and then hopefully producing with results.”

Boudia stated after the Rio 2016 Olympic Games that he would take a year off from competition and wait until the fall of 2017 before determining whether to retire or return to training. He also noted he wanted to wait until after the birth of his second child. David and his wife Sonnie welcomed Mila Primm Boudia on August 24.

“I might not be as young as what the prime of diving is supposed to be, but what I think I have over other athletes is the wisdom and experience,” Boudia noted. “I feel very healthy right now. It’s like riding a bike again. It took six weeks to get back on the bike, but I don’t feel like I lost anything.”

“This is a great day for USA Diving and the sport of diving,” said USA Diving CEO Lee Johnson. “Having an Olympic champion like David coming back certainly pushes others to strive towards greatness and we are thrilled to have him returning to the pool.”

This news should be on DiveDove instead

9
-3
Reply
Caeleb Dressel WILL get 7 golds in Tokyo

Just saying, diving isn’t swimming. Why is it on swim swam?