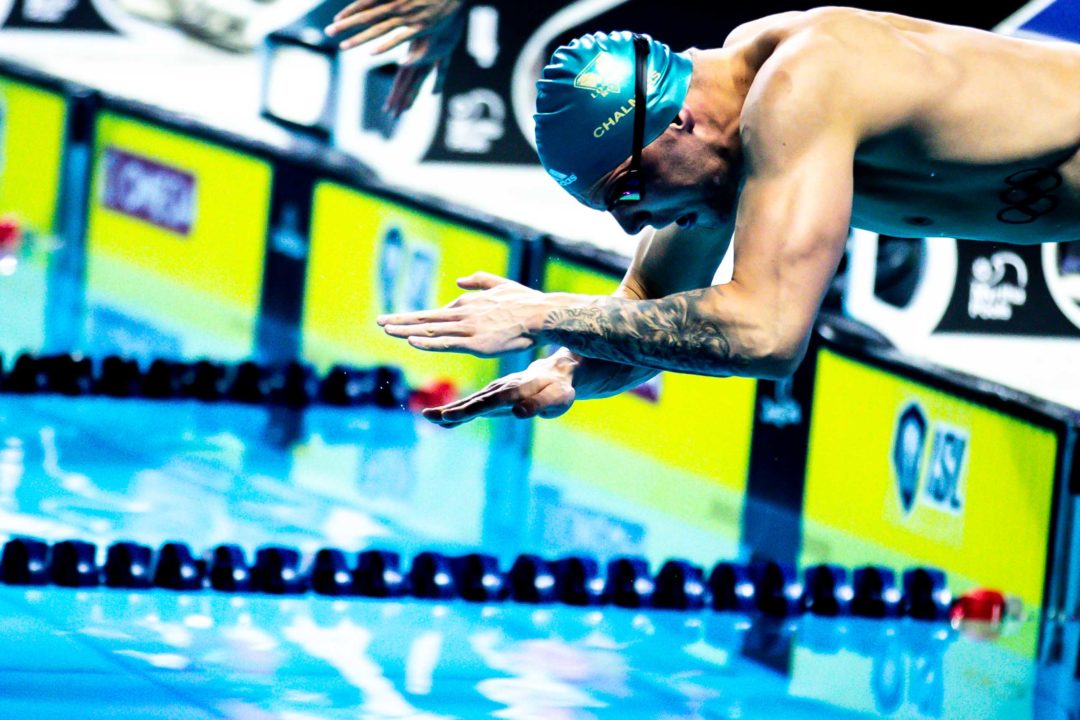 22-year-old reigning Olympic gold medalist Kyle Chalmers was already back in the water shortly post-shoulder surgery. This week conveyed his thoughts on continuing his trek towards Tokyo in a possible repeat of his podium-topping 100m free from Rio.

As we reported last month, Chalmers ripped a relay split of 48.55 while competing as a member of his Marion Swimming Club men’s 4x100m free relay at the South Australia State Open Championships. The performance came just 6 weeks after his shoulder ‘cleanout’ procedure to remove a bursa. According to Arthritis Health, a bursa is a tiny, slippery sac of fluid that provides a cushion and reduces friction between the surfaces of a bone and soft tissue

Speaking to The Australian this week at one of the National Team training camps, Chalmers says, “It was very positive to go 48.5. I was training through (the meet). I trained 11 times that week and that relay wasn’t full, 100 per cent obviously. I had restrictions around me but to post a 48.5 with very little training was really good and it was great to be racing again. I didn’t race at all last year.”

As far as his progress, Chalmers told the new outlet’s Wayne Smith, “The shoulder is progressing.

“You kind of go two steps forward, one step backwards but it has only been 10 weeks since my surgery and I’ve only done four weeks of hard training. So I come up here with the boys and get a bit carried away in my progress and try and race and I take that step backwards because I go too hard.”

“I’ve done plenty of watching over the last 12 months. It’s very challenging sitting in the stands, watching and being desperate to do it but not being able to,” he said.

Chalmers continued to The Australian, “I know that my racing needs to be done in June at the Olympic trials and then obviously in July at the Olympic Games, so this is just another stepping stone in that progression. The amount of injuries and setbacks I have had in my short career, I know exactly what I need to do in June and I have no doubt that I will be right.”

Go King Kyle for the a repeat in Tokyo for the 100 Free.

He’ll have to get past a kid named Remel

Exactly, best race of the meet in my opinion, both wonderfully gifted swimmers in the premier event going head to head. The fastest starter v the fastest finisher. Remember Remel has to get past King Kyle too.

True true, though perhaps it would be more accurate to say that Dressel will have to keep ahead of Kyle, since Kyle will be the one bulldozing that last 50

As long as Remel stays away from any motorcycles

Remel is older than the King so no kid.

Having dealt with bursitis off-and-on for the past 12 years, I didn’t realize they were sometimes removed entirely. Then I looked it up and it turns out your body can regenerate them. Wild stuff. Good luck to Chalmers, I expect a fantastic showdown in that 100 free.