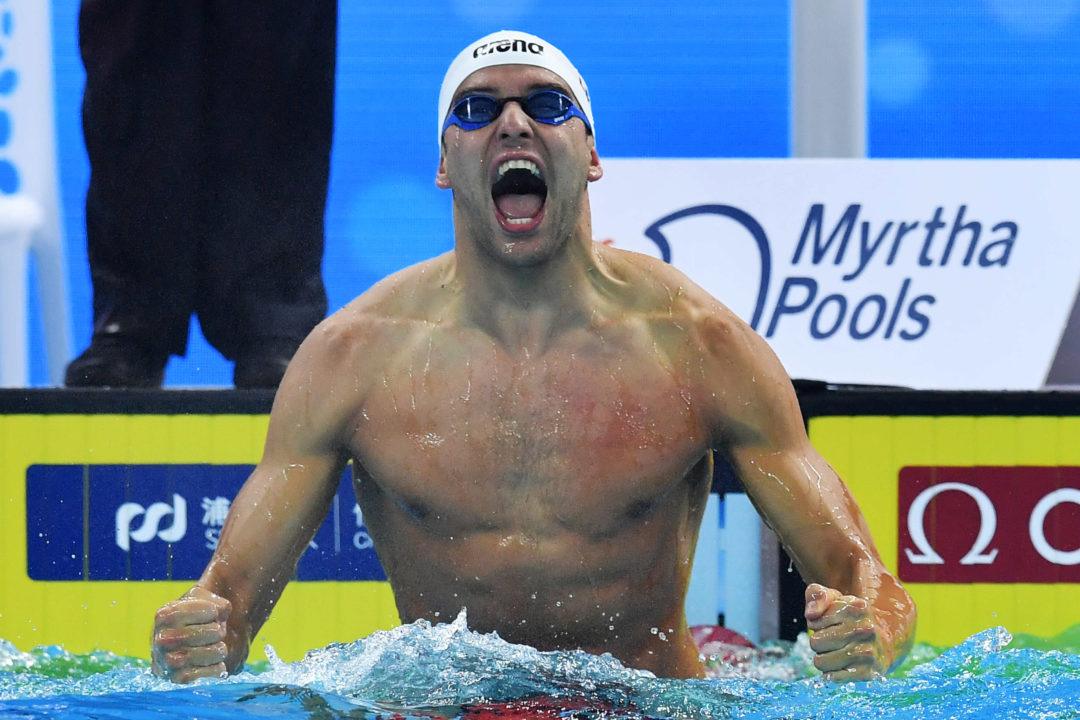 arena has renewed its sponsorship agreement with 2012 Olympic champion, Chad le Clos, through the 2020 Tokyo Olympics.

“Over the last decade my career has gone through a few different phases, with both highs and lows, and arena has always been there, no matter what.

That’s very important for me.

There are great suits and equipment, which are far and away the best on the market.

So as I look forward to the next few years and chasing my new goals. It’s great that I’ll still have arena in my corner.”

His butterfly and IM performances stood out at the Youth Olympics in Singapore, the Commonwealth Games in New Delhi, and the World Short Course Championships in Dubai.

His most recent victory came in 2018 SC Hangzhou’s Championships, where he won against  Caeleb Dressel.

Le Clos’ primary goal for 2019 is to swim a personal best in 200m butterfly, while also medalling in both 100m & 200m butterfly at the upcoming World Championships in Gwangju, South Korea.

From a training perspective, he’s been doing more gym work for both power and injury prevention.  Overall, 2019 is an important year in the four-year Olympic cycle, and so in terms of preparation Chad’s eye is already firmly on Tokyo 2020.

The Chad Le Clos Foundation was recently launched with the aim of raising money for underprivileged kids who have difficulty getting to training and swim meets, or getting the right equipment.

Over the years he’s also been involved with work in impoverished areas of Durban and Cape Town. His Chad Le Clos Academy also does community outreach every few months.

Since, arena has created and marketed waterwear products for competitive swimmers and swimming fans worldwide, and is universally recognized as one of the premium brands of high quality swimwear and equipment. Over the last 45 years, arena has developed strong expertise in creating best-in-class products with particular focus on the pool segment, while also expanding into leisure and beach wear. Today the arena brand has a presence in 116 countries around the globe. With direct representation in Italy, France, Germany/ Austria and the United States, the group also employs a network of 35 qualified business partners in more than 100 countries, while the Japan-based Descente Ltd owns and manages the brand in 11 countries of the Far East.

arena’s ties to the world of sport, and swimming in particular, are reinforced through sponsoring activities at different levels, including governing bodies, national federations, athletes and clubs. In an historic agreement signed in early 2014, arena became a principal sponsor and technical partner of the swimming world’s governing body, FINA (Federation Internationale de Natation).

I hope he gets it. He was close in Budapest. His 200 fly was one of the greatest preformances ever, he came back in. 29.2. It proved to be difficult for him to top it over the years, and I wonder if that maybe has to do with him not swimming the 400 IM. In London he was a 4:12 400 IM, and that training gives you a lot of endurance and back half speed for a 200 fly.

Me too, I think every Hungarian fan likes him. He usually spends weeks for training in Hungary, very good friend of Cseh (e.g don’t forget the 200 fly final in Budapest), not once was in Laszlo’s house, good relationship with Katinka, etc.
But I’m sure in that 200 fly is Milak’s in the next two years, too.

In this case two new WR holder will be 🙂

Not if Luca Urlando has anything to say about it!