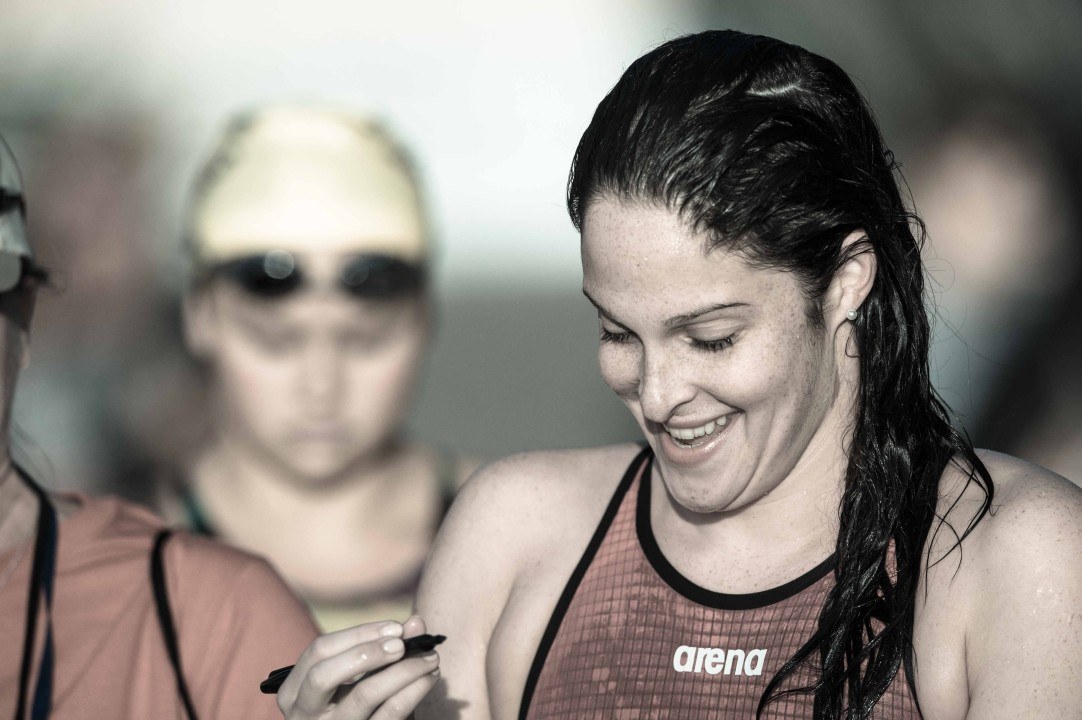 The day, hosted by Energy Core Swimming, will feature two clinics as well as a special “Race an Olympian” event afterwards to raise money for families displaced by Hurricane Harvey. For $50, swimmers can race Adams and Schmitt. There will also be a Q&A session, and plenty of time for photos and autographs. All proceeds will go to Gulf Swimming LSC-area families, as identified by the LSC.

Fitter & Faster is also partnering with other Olympians to call hurricane victims.

Click here to register to race an Olympian or donate to the cause.

Adams, who is a Houston native and Texas A&M alum, wanted to do more to help.

According to Energy Core head coach Doug Buckalew, at least 12 families just on his team had their entire first floors go underwater. “I’ve been in contact with some of the other coaches,” he told SwimSwam. “Probably every team in town has been impacted in some way, shape, or form in the way of having families lose everything.”

In addition to the scheduled events, Adams is partnering with brands including Arena, Speedo and TYR, and distributors including SwimOutlet and D&J Sports (where she worked this summer) to distribute swim equipment to athletes in the Gulf Region who were displaced by the hurricane and lost theirs.

“We’re trying to touch every single swim team, every single family, and every single swimmer that has been affected by this because of Hurricane Harvey,” she told SwimSwam. “I’m calling different vendors – I’m really open to anybody and everybody who wants to give equipment.”

Adams noted that she would love for colleges or other teams to chip in gear as well, including shirts, shorts, or warm-ups.

“They just don’t know when they’re going to be able to go back to swimming.”

If swimmers are unable to make the event due to the aftermath of the storm, Adams said that she’s willing to mail gear to their homes.

“When Hurricane Harvey hit, I just felt like I wanted to do something to give back to the community and the swimmers that were affected,” she added. “If we run out of equipment, I will keep fighting to get more.”

Adams also cited the surplus of gear that just sits in vendor warehouses, calling it “mind-boggling.” If there ends up being extra, she hopes to send it to those in need in Florida.

If you are part of a team or organization who wants to donate, you can email Cammile directly at [email protected].

If you are a displaced swimmer in the Gulf Region in need of gear, please have your coach reach out.