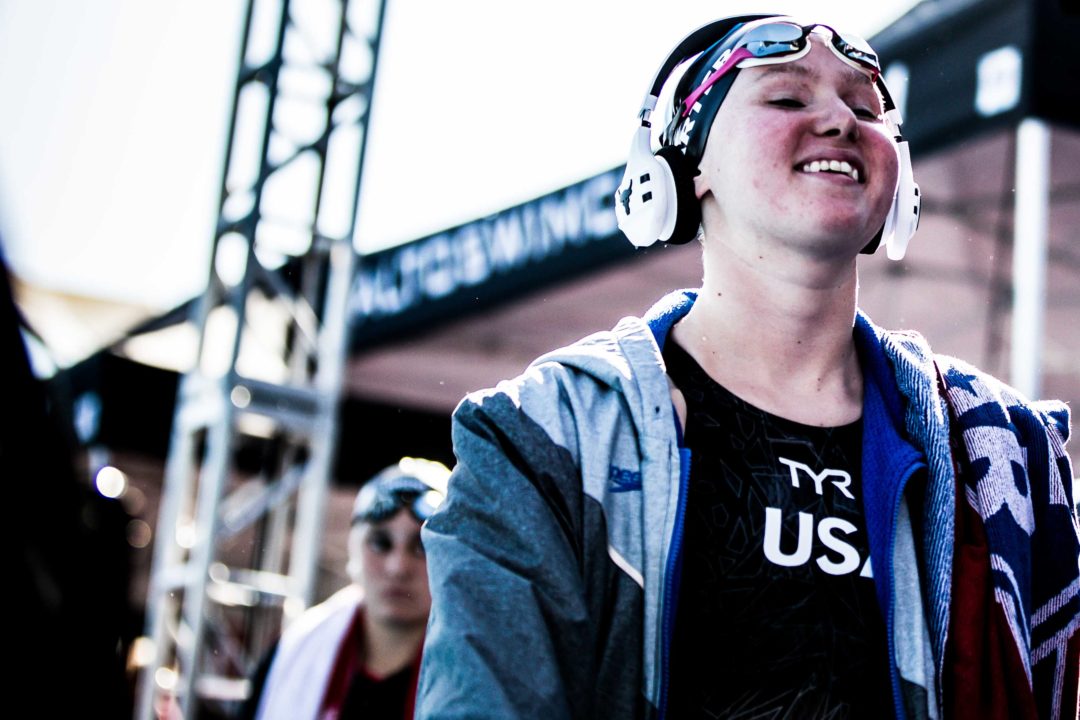 The previous Big Ten conference record was held by Michigan teammate Vanessa Krause, who came in 5th in tonight's race with a 1:54.61. Stock photo via Jack Spitser/Spitser Photography

Carter was just added to the Michigan roster in January, transferring to compete in the 2nd semester of this season after competing her freshman season at Georgia. While at Georgia, Carter swam the 3rd fastest time in program history, earned the 2019 SEC Freshman of the Year award, was named First Team All-SEC, and was an NCAA All-American. She finished 7th in the 200 fly at NCAAs last year, swimming her personal best time of 1:52.70. Carter’s time tonight was actually her 4th fastest in her career, although it was her fastest of her short career as a Wolverine.

The previous Big Ten conference record was held by Michigan teammate Vanessa Krause, who came in 5th in tonight’s race with a 1:54.61. Krause’s Big Ten Record was 1:53.31, which she swam at the 2018 NCAA Championships. That being said, Krause’s 1:53.31 also stood as the Michigan school record until Carter broke it tonight. Krause also held the Big Ten Meet Record with a 1:53.44 from the 2018 Big Ten Champs.

Here is a breakdown of Carter’s time tonight versus her best time and Vanessa Krause‘s former Big Ten Record:

When comparing Carter to her lifetime best performance, the first difference is that she took the race out a little faster tonight. It’s a small margin of difference, but Carter did swim .28 seconds faster on the first 50 than she did at NCAAs last season. The more significant difference between the swims is that Carter came home much slower tonight than she did at NCAAs last year. Over the last 3 50s, she was .86 slower than her lifetime best swim. Compared to Krause’s swim, Carter was also out faster, but was much more competitive over the rest of the race than she was versus her 2019 NCAAs race.