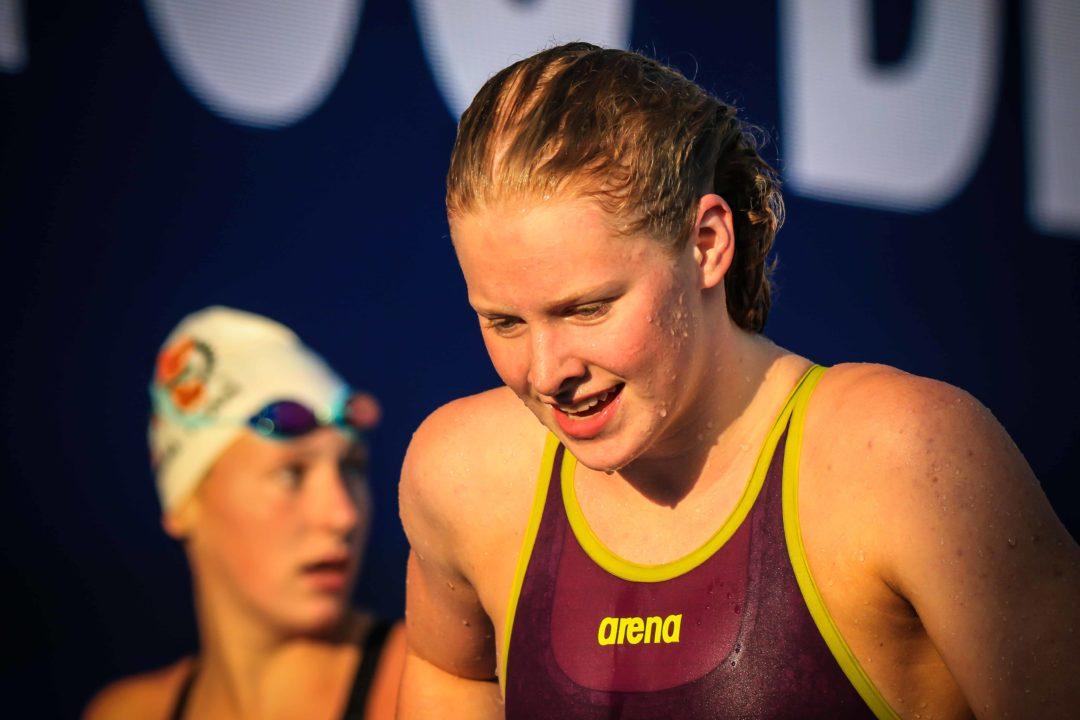 Kaitlyn Dobler, a senior at Beaverton, Oregon’s Aloha High School, took down the Girls’ National Public High School Record in the 100-yard breaststroke on Saturday, swimming a 58.35 in finals at the Oregon 6A State Championships.

Dobler clocked a 58.75 in prelims to break the 59-second barrier for the first time and come within .35 of Emily Weiss’s National Public High School Record from 2018. In finals, she went out 3/10 faster and came home 1/10 faster, giving her a .05 edge on Weiss. See the comparative splits below:

Previously, her best time in the 100 was 59.17, swum at the 2018 Oregon High School 6A State Meet in her sophomore season of high school swimming.

Dobler has committed to swim at USC next year. Her time of 58.35 would have won 2019 Pac-12s by nearly 8/10 and would have scored in the A final of the 2019 NCAA Division I Championships. She is now the 17th-fastest American of all-time and ranks 21st among all performers: