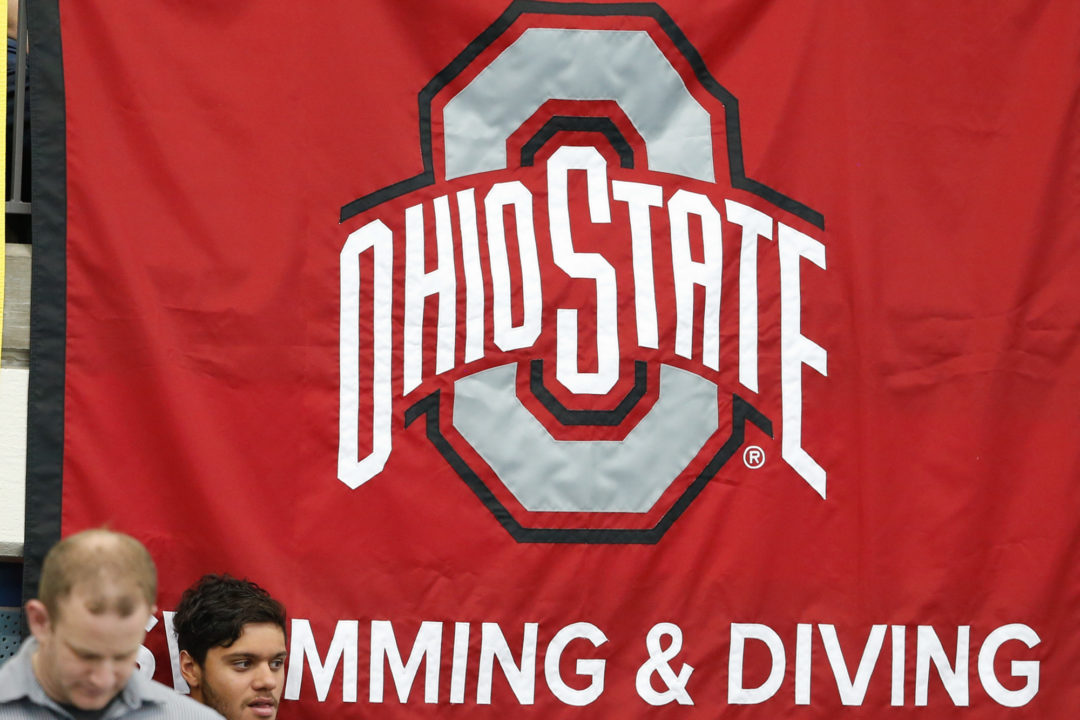 The mega-rivalry meet between Ohio State and Michigan, hosted in Columbus, is one of several college dual meets this weekend being impacted by weather. Archive photo via Tim Binning/TheSwimPictures.com

Saturday’s dual meet between the swimming & diving teams from Ohio State and Michigan has been moved earlier in the day and will now start at 1 P.M. Eastern Time due to approaching weather in the Midwest. This is one of several college meets that are being impacted by weather this weekend throughout the region because of a winter storm.

Ohio State and Michigan (or “That Team Up North” as Ohio State refers to the Wolverines in their official press releases) is one of the biggest rivalries in college athletics, and in swimming that rivalry includes almost a century of history: at the first 3 NCAA men’s swimming & diving championships from 1937 through 1939, Michigan were the champions and Ohio State finished 2nd.

The two schools are about 3 hours apart by road. The meet is also Ohio State’s senior meet, where they will celebrate their outgoing athletes:

“Tens of millions” are in the path of the storm that is expected to sweep across the United States this weekend through the Midwest, Ohio Valley, Northeast, and New England. Snow totals of 6 to 12 inches are possible, with icy roads expected from Oklahoma all the way to Maine.

Other NCAA Meets impacted by the weather: