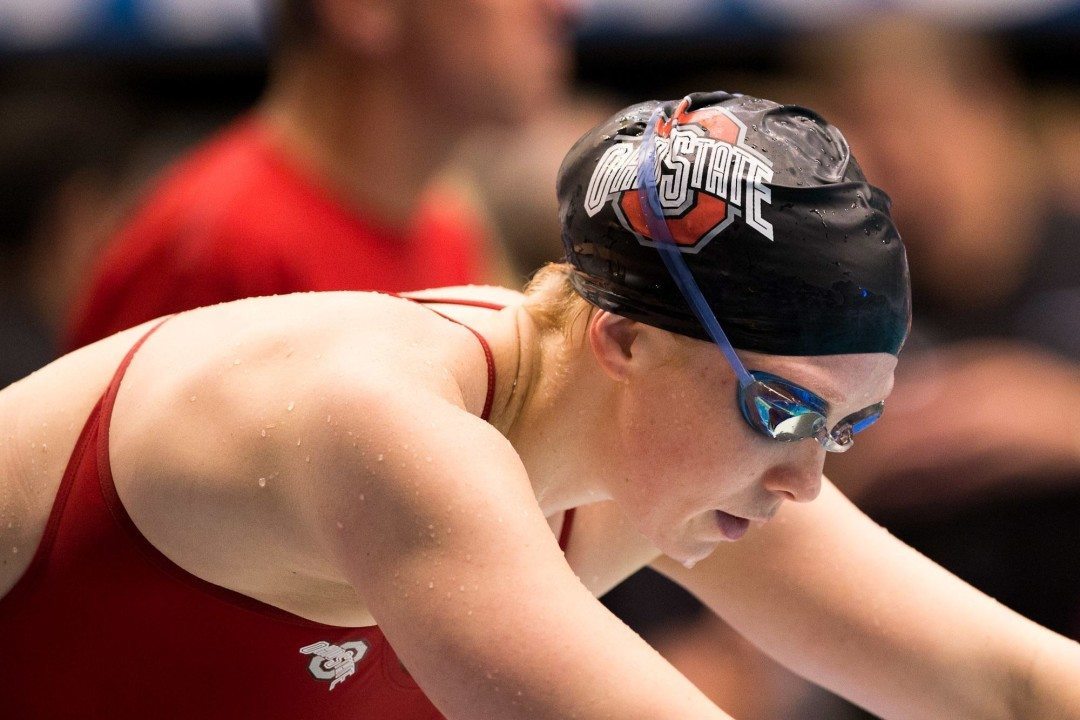 Emily Weiss Opens Up On Reasons For Medical Retirement: “This Is What Was Best”

The Indiana junior speaks about the steps she went through to ultimately come to the decision to retire from swimming at age 20.

The Ohio State Invitational features a unique format, offering a long course meter prelim and a ten lane final session in short course yards.  Day one events featured twenty swims under the Olympic Trials qualifying standard, and an outstanding finals session highlighted by Caeleb Dressel’s 18.77 that got fans across the country buzzing.  This morning, 23 swims were Olympic Trial qualifying times from the ten events contested.  Florida has the lead in both men’s and women’s team score at this point, and looks strong again heading into finals tonight.

The top three seeds in the women’s 200 freestyle final all achieved their Trials cuts this morning, led by Florida’s Amelia Maughan at 2:00.54.  The other two qualifiers were both unattached Ohio swimmers, Sam Cheverton at 2:01.09 and Alex Norris at 2:01.41.  Florida’s Jan Switkowski was the lone male to achieve the standard in the men’s event with 1:51.85 to claim the fastest lane in the final heat.

Kendra Crew owns the top seed going into the final tonight for the 100 breaststroke after her 1:11.75 prelim performance.  The Ohio State men took the first five places coming out of the prelim, led by DJ McDonald at 1:02.05, the lone breaststroker to surpass the Trials cut in the morning.

The 100 back was the deepest event for the long course session, with six women below the 1:03.39 required for the Trials, led by a tie between two Kentucky Wildcats.  Danielle Galyer and Bridgette Alexander both turned in a 1:01.55 to claim the middle lanes in the finals session, with the next fastest behind them a 1:02.98 from Florida’s Sydney Sell.  Three more 1:03’s squeaked under the cut, from Florida’s Georgia-Mae Hohmann at 1:03.20 and Ohio State’s Zulal Seren (103.24) and Camey Rabold (1:03.36.)  The men’s back prelim was a 1-3 sweep from Florida, with Corey Main picking up a Trials cut at 56.44, and a tie for the 2nd position from Jack Blyzinskyj and Bayley Main at 57.42.

Tune in tonight for the exciting short course action.  Finals begin at 6pm.