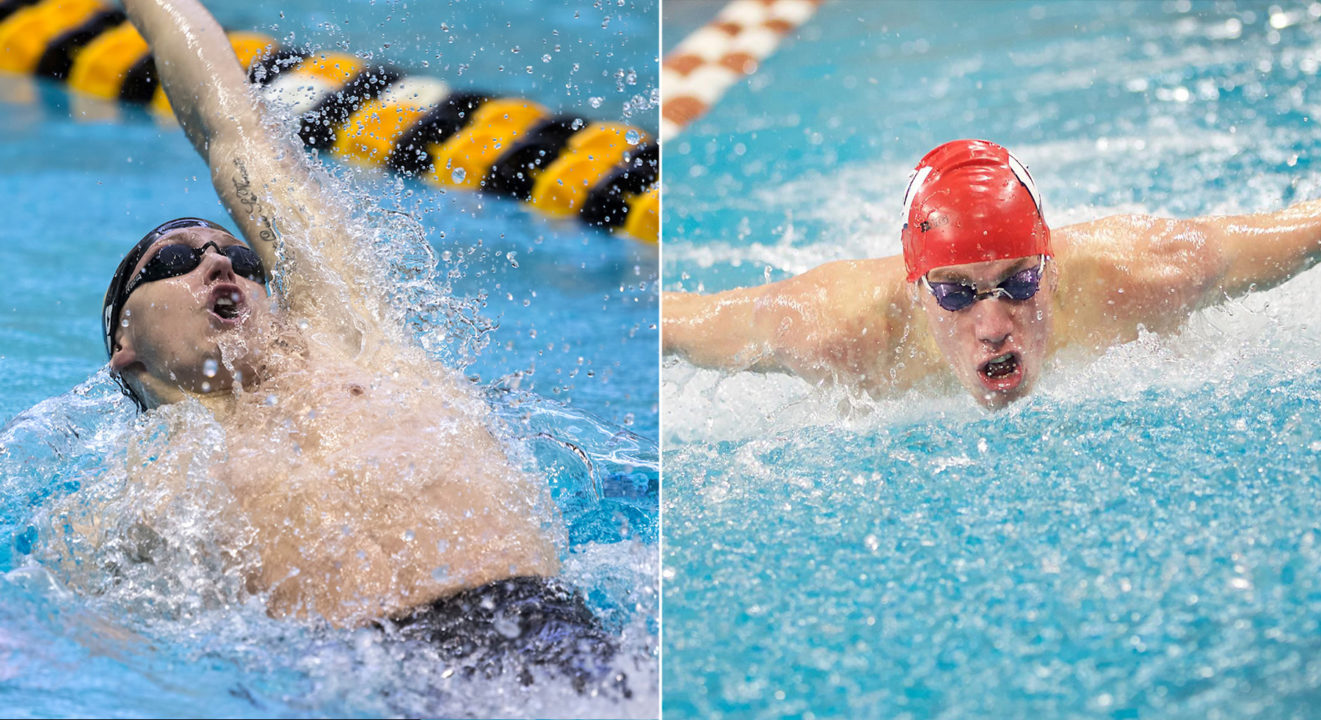 COLUMBUS, Ohio – Ohio State director of swimming and diving Bill Dorenkott announced on Friday that Kyle Patnode and Mike Sullivan will serve as volunteer assistant coaches with the program this season. Patnode and Sullivan are both familiar with Big Ten swimming as they were four-year letterwinners at Iowa and Wisconsin, respectively.

“I’m excited for Mike Sullivan and Kyle Patnode to join our program for this upcoming season,” said Dorenkott. “We believe that both young men have the human qualities to take them far in the profession. To be a coach at The Ohio State University is a privilege and comes with great expectations. Our program values our volunteer assistant position and is dedicated to helping coaches grow professionally. Personally, I was provided similar opportunities at the start of my career and, in turn, have committed to pay it forward to the next generation to lead our sport.”

Patnode was a four-year letterwinner at Iowa from 2013-17. He swam the 100 and 200 Back and Fly as well as the 50 and 100 Free and 200 IM. As a senior, he served as a team captain and placed 23rd in the 100 Fly at the Big Ten Championships. The Sioux Center, Iowa native also competed at the 2016 US Olympic Trials in the 100 Fly. Since graduating in 2017, Patnode did an internship with Iowa’s strength and conditioning program as well as with the strength and conditioning program at Ohio State, where one of the teams he worked with was swimming and diving. He then spent the last two seasons as a graduate assistant with the swim program at Oakland. Under head coach Peter Hovland, Patnode helped the men’s program win its 41st and 42nd consecutive conference championship and the women’s 25th and 26th consecutive championship.

“I’m excited to be a part of this program,” said Patnode. “This is an opportunity to be a part of a Big Ten and Power Five program that has and will continue to rise the ranks of collegiate swimming. I’m looking forward to all the opportunities to learn from Coach Dorenkott and his staff. Moreover, I’m looking forward to being a part of the culture that The Ohio State Swimming and Diving program has created.”

Sullivan was also a four-year letterwinner at Wisconsin, competing in a number of distance freestyle events from 2015-19. He scored points for the Badgers at the Big Ten Championships in three different seasons including in three events as a freshman. This past year, he was a coach at the Badger Aquatics Club in Madison, working mostly with the senior training group which consisted of higher-level athletes.

“I am excited to be part of a program that has not only had incredible success in recent years, but is doing it the right way,” said Sullivan. “Ohio State has continually been among the best programs in the country at developing swimmers throughout their four years. I saw firsthand during my time as a swimmer the type of pride the swimmers and staff have for Ohio State and I’m excited to be a part of that. I’m really looking forward to learning everything I can from the coaching staff. I also am looking forward to getting to know the entire team. They are a group of extraordinary swimmers but also incredibly interesting people who I am very lucky to get a chance to work with.”