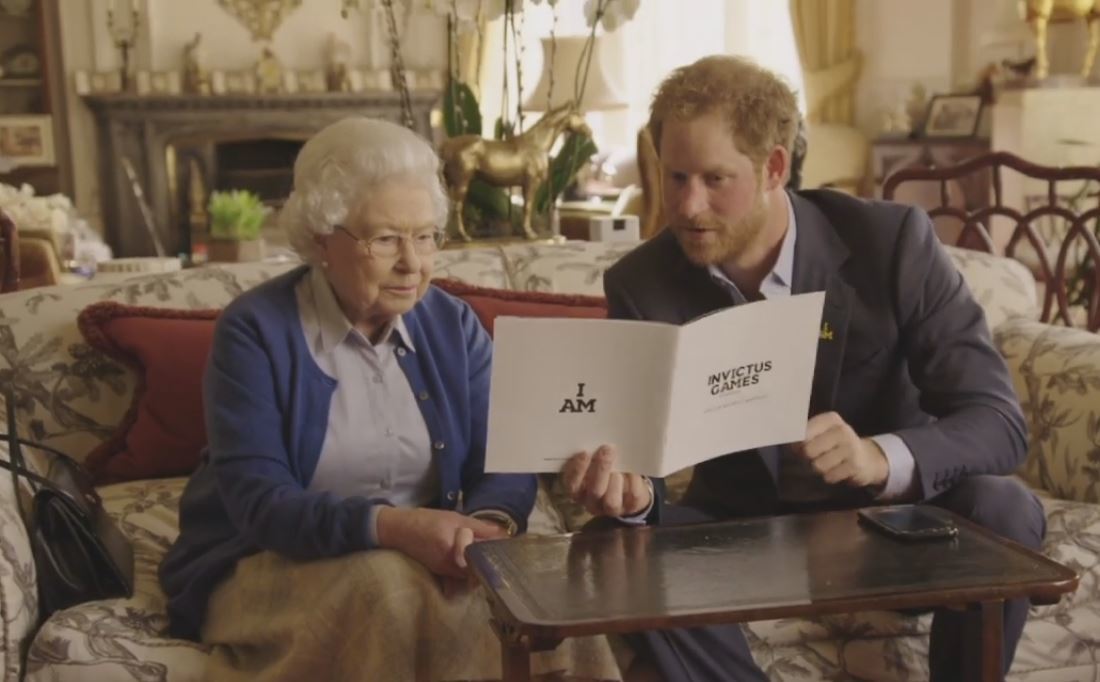 American President Barack Obama and his wife Michelle have engaged in some friendly trash talk with the British Prince Harry and Queen Elizabeth II regarding the upcoming Invictus Games, an athletic event for wounded warriors of the world's militaries. Current photo via @kensingtonpalace on Twitter

American President Barack Obama and his wife Michelle have engaged in some friendly trash talk with the British Prince Harry and Queen Elizabeth II regarding the upcoming Invictus Games, an athletic event for wounded warriors of the world’s militaries.

Swimming is a central part of the program, taking place on Wednesday, May 11.

The United States will host this year’s Invictus Games after London, England hosted the inaugural edition in 2014. That’s helped spur on a public bout of one-upmanship between the leaders of both nations that has in turn raised the profile of the young event.

It was Michelle Obama who first took the rivalry public, posting a video on Twitter of her and her husband calling out Prince Harry, who is a military veteran himself and launched the idea for the Invictus Games back in 2014:

Hey, @KensingtonRoyal! Are you ready for @InvictusOrlando? Game on. pic.twitter.com/S34KrEv5Is

Wow @FLOTUS and @POTUS, some @weareinvictus fighting talk there! You can dish it out, but can you take it? – H.

Unfortunately for you @FLOTUS and @POTUS I wasn't alone when you sent me that video ???? – H.https://t.co/sjfSQvkzb6

The 2016 Invictus Games are taking place in Orlando, Florida from Sunday, May 8 to Thursday, May 12. The swimming portion is slotted for Wednesday morning, from 8 A.M. to 1 P.M. U.S. Eastern Time.

Prince Harry has already announced that 2017 will feature another Invictus Games in Toronto, Canada, and bids are open to host the 2018 edition. You can check out the foundation website here.

None of them know sport anyway – what a joke

Queen Elizabeth’s Daughter & Granddaughter are Olympians, as is Anne’s husband, Mark Phillips… Zara won a medal at London 2012. Queen Elizabeth was also quite a good Tennis player as a young lady & has quite an accomplished list of wins as a breeder (Horse racing), having won all 5 British Classics numerous times. A very rare accomplishment.

But she knows nothing about sport 😉

lol the queen wrecked them! clearly superior
(im neither british nor american)