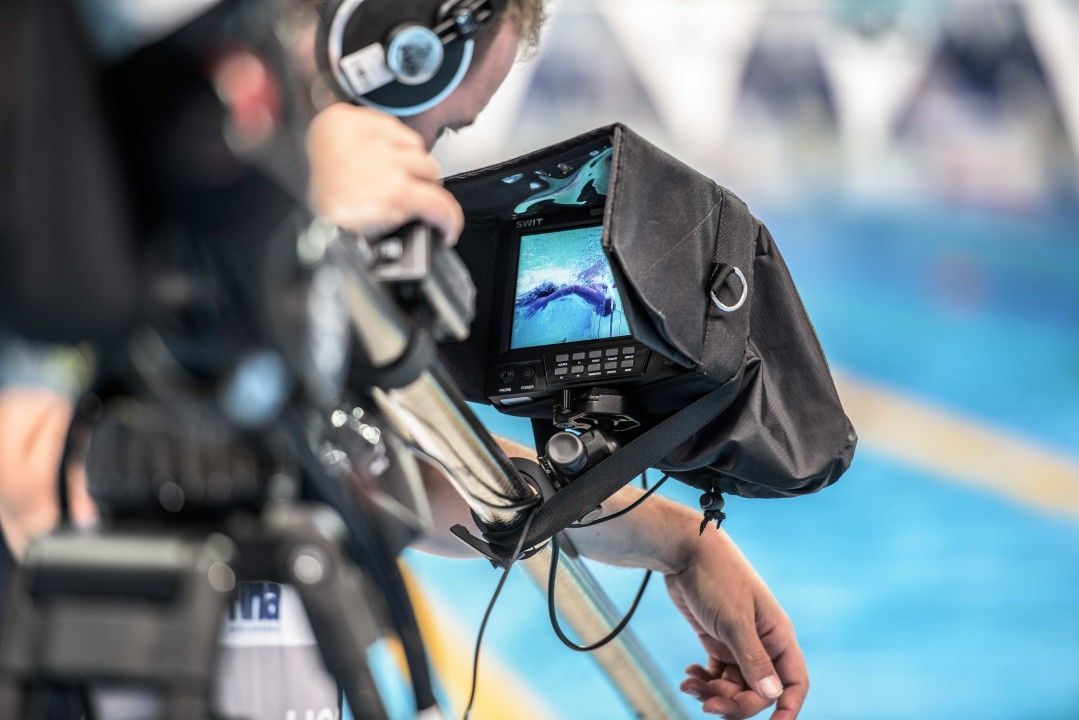 GREELEY, Colo. – The Northern Colorado Bears were at it again Monday evening, facing the Nebraska-Omaha Mavericks in their first home meet of the year. The Bears trounced the Mavericks, 186-114.

“I thought the girls did a great job top to bottom,” head coach Kelly McClanahan noted. “The swimmers and divers all really pulled it together for a big win today. It’s always hard coming off of a road trip with two losses, and this is their eighth or ninth day swimming in a row. After today, we have almost a week and a half to rest a bit and prepare for our meets on the road against New Mexico State and New Mexico.”

UNC took first place in 11 of the 16 events, including both the 200 yard medley relay to start the meet, and the 200 yard freestyle relay to close it out.

In the 200 yard medley, the team of Valeria Mihhailova, Leilani Herrera, Laura Ramirez, and Karlie O’Connell touched the wall in 1:48.02, more than a second and a half ahead of the second place team. The Bear team of Sydney Kovar, Mihhailova, Brianna Salanitro, and O’Connell had a combined score of 1:40.92 in the 200 yard freestyle relay.

The Bears took first, second and third place in the 1000 yard freestyle. Carleigh Barrett finished first among the racers, in 10:59.67 – almost five seconds before anyone else, and 12 seconds ahead of any Maverick competitor.

Barrett also finished first in the 200 yard butterfly with a time of 2:10.31. Barrett’s 500 yard freestyle added another second place finish to the Bears’ evening, touching the wall in 5:16.65.

Ramirez would touch the wall just a second and a half after Barrett in the 200 yard butterfly for second place (2:12.60). She finished one of two racers under one minute in the 100 yard butterfly, posting a time of 59.11.

In the 100 yard backstroke, Mihhailova finished first in 58.39, one of two racers to touch the wall in under a minute.

“The divers did well today, especially with the exciting first and second place finishes on 1 meter,” head diving coach Chelsea Popplewell said. “I still saw a lot of the good things that I need to be seeing from them, but we also know how much we still have to work on to get where we want to be. They did well for the team and helped the team succeed, though, which is definitely something we need right now.”

Senior Natalie Renshaw and junior Morgan Stepp led the way for Omaha, as each won a pair of events on the evening. Renshaw was victorious in her specialty events – the 50 free and 100 free. In the 50 free, Renshaw finished with season-best time of 24.40. The Omaha native also was impressive in the 100 free, posting a time of 52.95, nearly 1.5 seconds faster than the second-place finisher.

Stepp looked strong in the 500 free (5:15.29), posting her fastest time in the event this season. The Parker, Colo., native blew away the competition in the 400 IM (4:40.51), finishing over seven seconds better than the rest of the pack.

Senior Miranda Knipfer came out on top in a tight 3-meter dive event. The Millard South product edged out a victory, totaling a three-dive score of 249.08.

Omaha’s 200 medley relay quartet of Renshaw, Stepp and juniors Meredith Ricks and Tiril Jensen swam to a runner-up finish (1:49.76). The 200 free relay team of Ricks, senior Hannah Johnson, sophomore Cassandra Jahn and freshman Kirsten Kracke also had a second-place finish of its own with a time of 1:42.46.