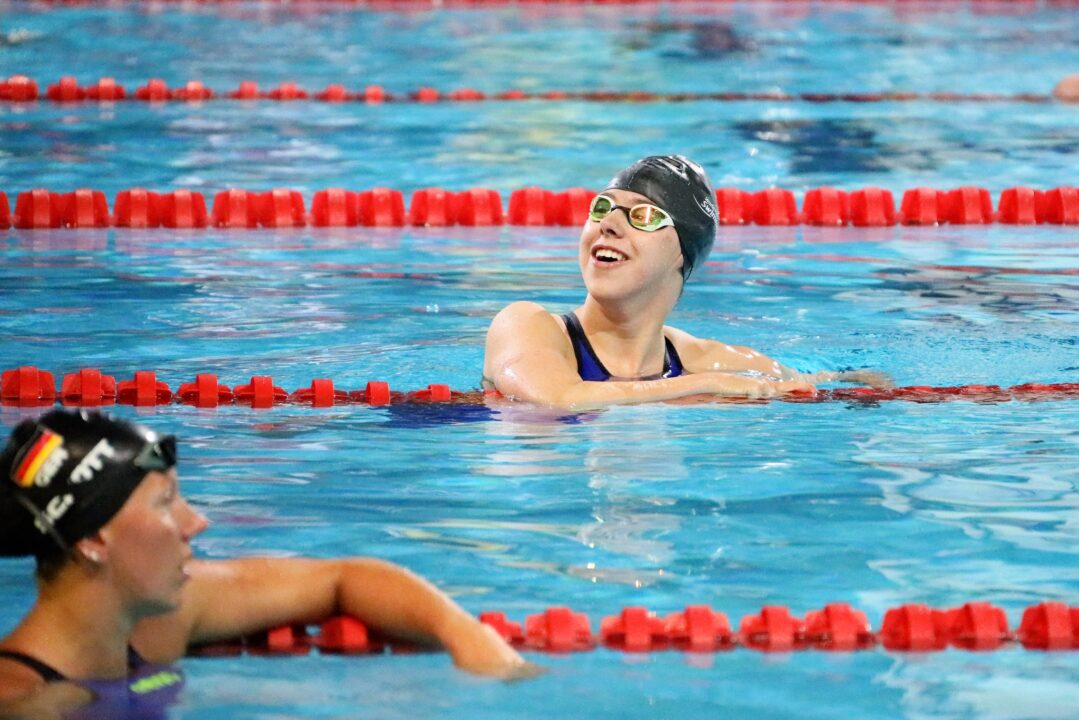 The World Record-breaking streak has been continued once again in Maderia as another three world best times were set during day 4 of the 2021 World Para Swimming European Championships.

What a day at #Madeira2020!
20 European Championship titles have been disputed, three world records have been broken and 🇮🇹 dominated the competition once again! 💪🏆👑

The first record of the night went to Switzerland’s Nora Meister in the women’s 400m freestyle S6 as she hit the wall in 5:12.87 to take down the previous mark of 5:13.32 set by China’s Yuyan Jiang in 2019. That time also doubles up as a new European Record, lowering the old time of 5:14.69 which belonged to Ukrainian Yelyzaveta Mereshko from 2016.

She originally set that World Record while competing at the 2018 edition of this event in Dublin, Ireland. Here, she takes away the gold medal and was almost a second ahead of the rest of the field. Second place went to Russia’s Anna Krivshina (1:06.52) and third to Ireland’s Róisín Ní Riain, who is competing at her first major international competition, in 1:09.37.

The third and final World Record of the fourth finals session was achieved by Italian freestyler Simone Barlaam in the S9 100 free.

The seven-time world champion had a breakthrough Europeans during the 2018 edition of this event where he came away with four European gold medals and one silver. That occasion also marked his first World Record, which came in the 50 free S9.

He only recently lowered this mark while racing in FeSbruary of this year in Lignano Sabbiadoro, Italy. His time then was 53.41 which he had broken through once again here with his new time of 53.03. His nearest competitor was Frenchman Ugo Didier who clocked 55.95, while third place went to Bogdan Mozgovoi of Russia in 56.24.