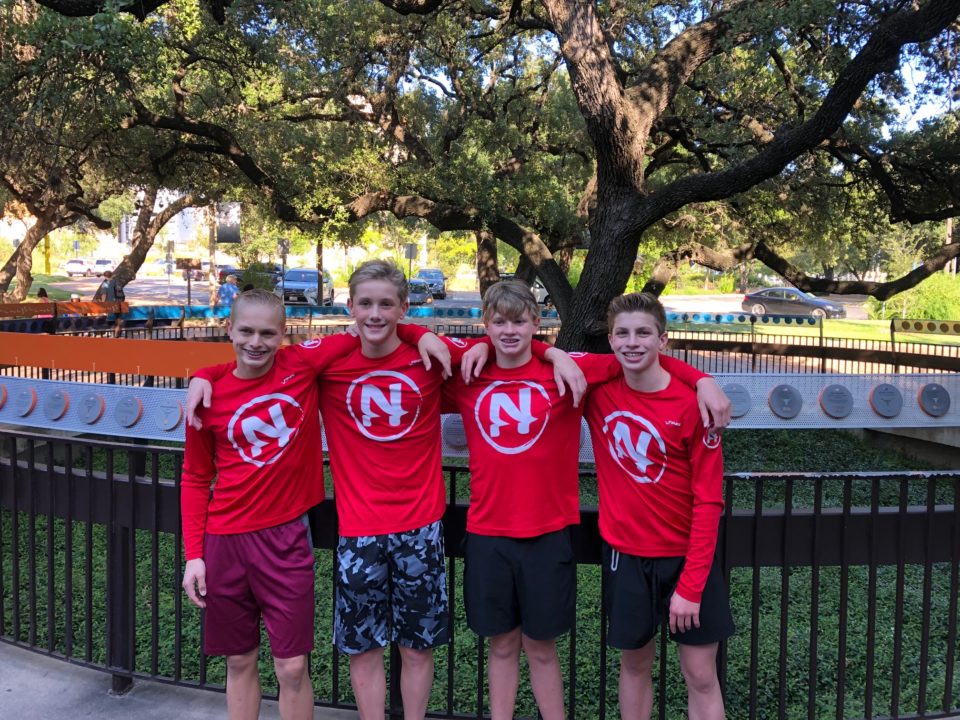 Last week at the Florida Summer Age Group Champs in Orlando the Sarasota Tsunamis set a new NAG in the event in a time of 7:55.79, lowering the 2014 record of 7:58.03 previously held by Irvine Novaquatics.

On Wednesday, the Nitro team of Jeremy Kelly, Logan Walker, Kaden Alarcon and Kelson Flynn missed the record by just over seven-tenths of a second in 7:56.51, making them the second-fastest relay in history.

Zafirov had the fastest split by far between the two teams at 1:55.11, giving Sarasota the edge despite Nitro being more consistent throughout their four legs.

Walker and Flynn are both 14 years of age, and Kelly and Alarcon are 13.

Zafirov was 1.54 individually, but I don’t think Sarasota will have another chance to swim that relay