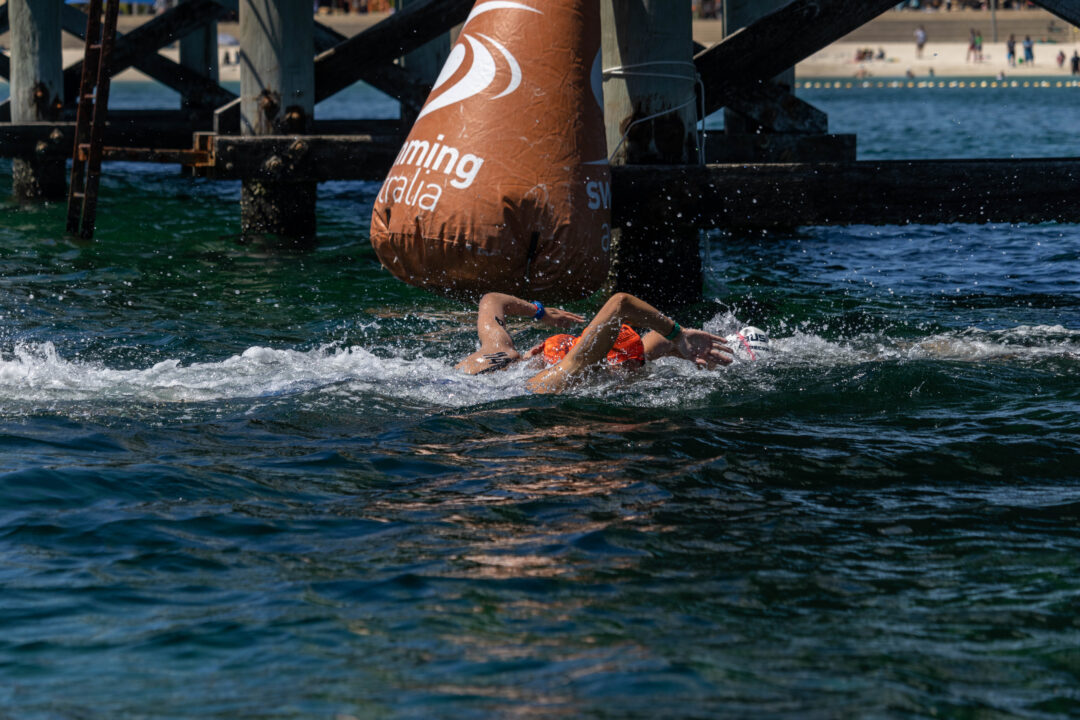 The 2023 Ocean Swim Festival/Australian Open Water Championships kicked off today in Western Australia. The competition represents one of the qualifying opportunities for this summer’s World Championships in Fukuoka, Japan.

Per Swimming Australia’s selection criteria, the LEN Cup 10k series race, which is scheduled for March 19th in Eilat, Israel is also a consideration event. The first and second-ranked male and female athletes who accrue the most points based on the combined point score from both these Championships and the LEN Cup race will be considered for Fukuoka selection.

Right off the bat today, Noosa’s Nick Sloman successfully defended his national title, securing 10k gold for the men. This marks the 25-year-old’s 5th overall title, as the open water ace hit the time pad in a time of 1:50:00.10.

Sloman’s career highlight thus far is the bronze medal earned in the 10k at the 2018 Pan Pacific Championships. He is seeking his first Olympic berth with Paris 2024 now just over one year away.

375 athletes have entered these Australian Open Water Championships, with additional distances of 500m, 1.25km, 2.5km, 5km, 7.5km on the schedule.

It was Robert Thorpe “hitting the top spot” in the boys 19yr old race, not Caleb Dryer.

Solid racing, truely competitive, especially the Men’s race where with 1.25km to go it could have been 1 of 9 Men that could have won the 10km race, but Nick Sloman showed his experience and class by doing what champions do and finding a way to hold off the competition right to the end. Congrats to both Nick and Chelsea for their wins.