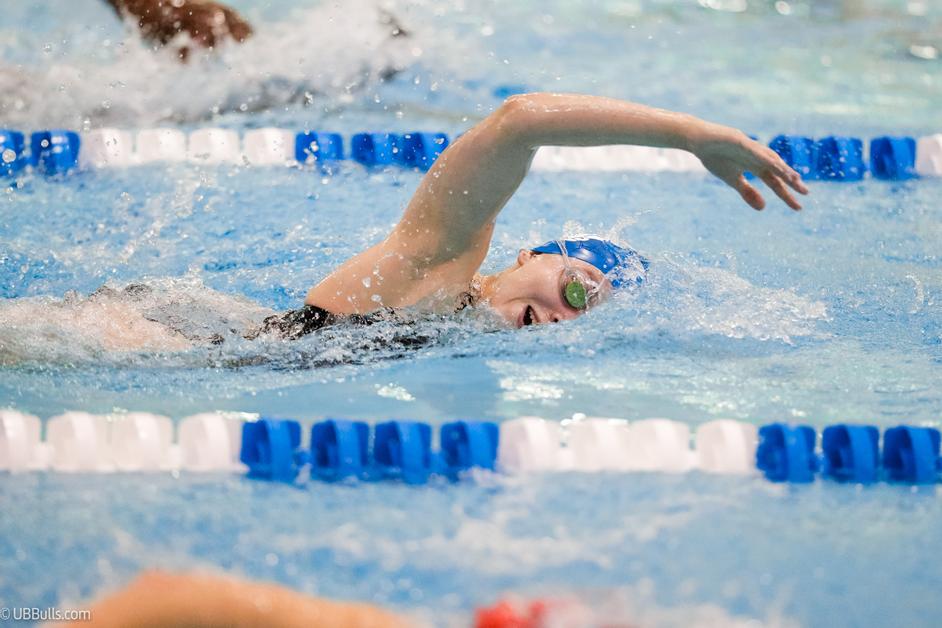 In UB’s tri-meet with Toledo and Ohio on Friday, Naccarella won the 50 and 100 freestyle, breaking a Toledo pool record in the 100 free. Current photo via Buffalo Athletics

MAC Men’s Swimmer of the Week

During Friday’s dual against Drury, Moffatt broke the Breech Pool record in the 1000-yard freestyle, winning the event with a time of 9:10.53. The time ranks No. 1 in the Mid-American Conference and No. 6 nationally across all mid-majors. Moffatt’s time also marked a season-best in the 1000 free by any Bears swimmer.

MAC Men’s Diver of the Week

Jackson Miller took first place against Ball State on 3 meter this week, with a score of 360.53. His point total was just 18 points shy of the pool record. He also brought home a second-place finish on 1 meter with 295.13 points.

MAC Women’s Swimmer of the Week

MAC Women’s Diver of the Week

Junior Madison Giglio won both diving events in Friday night’s tri- meet against Mid-American Conference opponents Buffalo and Ohio. Giglio won the one-meter with a PR mark of 275.10, and the three-meter with a season-best score of 308.70.