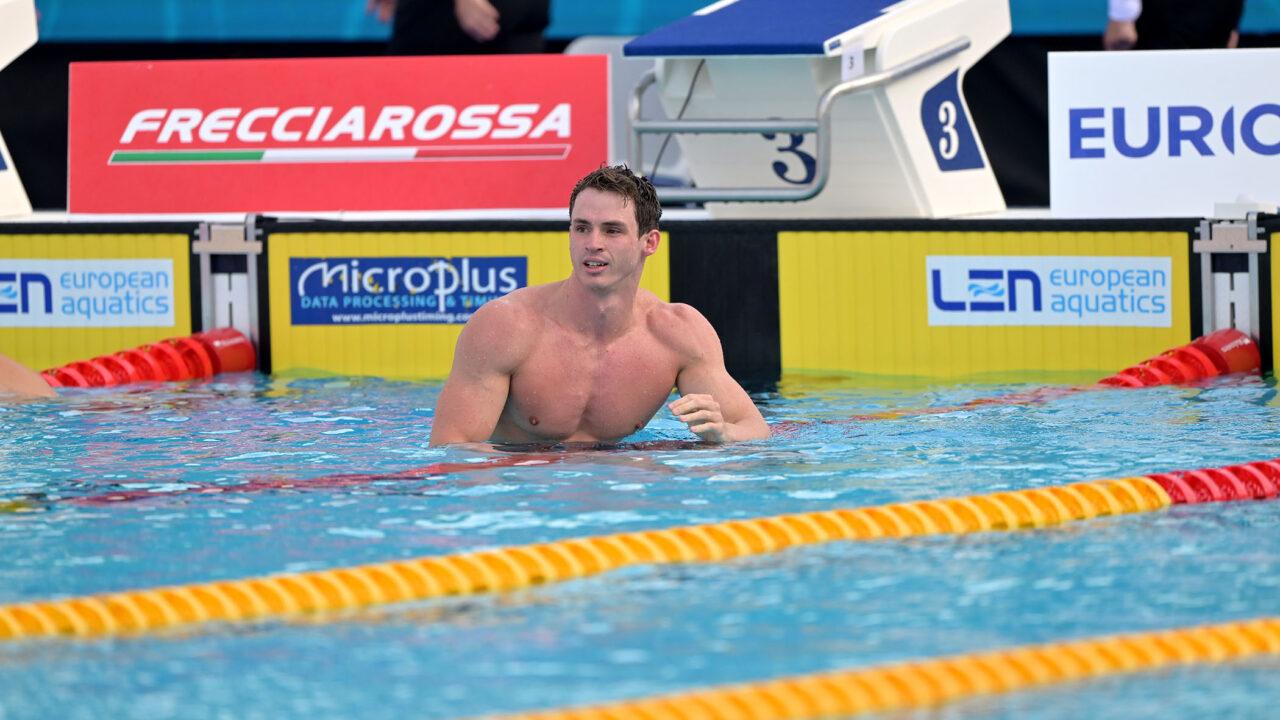 British Commonwealth, European and World champion Ben Proud is set to get his 2023 year of racing at this weekend's Luxembourg Euro Meet. Archive photo via Fabio Cetti

This article is updated since original publishing.

After a two-year absence due to the coronavirus pandemic, the Luxembourg Euro Meet is back. Kicking off on Friday, January 27th, the 3-day affair is picking up right where it left off, with a host of talent from around the world set to descend upon the Centre National Sportif et Culturel d’Coque.

Ben Proud of Great Britain will put on a show of his sprinting prowess, with the 28-year-old entering this meet as the first man ever to become World Champion, Commonwealth Games Champion and European Champion in the same event (50m free) in the same year.

Americans Coleman Stewart and Paige Madden are also identified by organizers as competing in Luxembourg. Stewart remains the World Record holder in the short course 100m backstroke while Madden has been training at Loughborough University since last summer.

Of note, we originally listed Sarah Sjostrom (SWE) as attending this meet. However, the multi-Olympic medalist told SwimSwam she is dealing with back pain and has withdrawn from the meet. Look for a separate post shortly.

Additional attendees expected to race are as follows:

will streaming be available?

The meet is streamed live on https://play.rtl.lu/live/nmediaenc2-4

You will need a VPN to hook up from Luxembourg unless you ARE in Luxembourg. 1,500m heats at the moment.

Sarah won’t be at the meet citing back problems according to Swedish website Simma.nu

She withdrew due to injury. I hope she gets better soon.