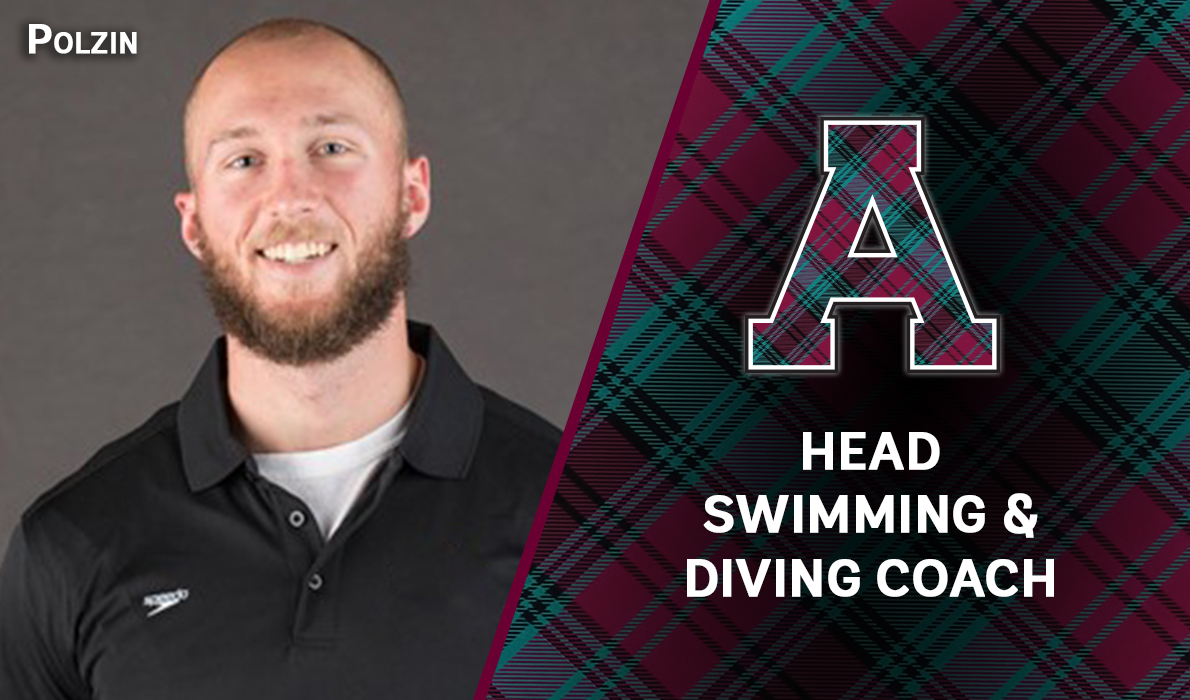 Polzin was formerly an assistant coach with the Scots during the 2017-18 season. "I'm very thankful for the opportunity to return to Alma College," he said. Current photo via Alma Athletics

Alma, Mich. – Nick Polzin is the new head coach of the Alma College men’s and women’s swimming and diving coach at Alma College, as announced by Director of Athletics Sarah Dehring on Friday (June 5).

“We are so fortunate to have Nick rejoining our Alma College family,” said Dehring. “He did an incredible job training student-athletes on the pool deck and in the weight room during his time as an assistant coach at Alma, but what stood out to me most was his dedication to their academics and other campus involvement. I am confident that he is the right person to continue the recent success of the program and take them to the next level.”

“I’m very thankful for the opportunity to return to Alma College,” said Polzin. “I’m excited to return to the Scots and continue working with the team and entire athletics staff. It’s a truly amazing opportunity and I couldn’t be more excited!”

Polzin (pronounced POLE-zeen) was formerly an assistant coach with the Scots during the 2017-18 season. He swam collegiately at Kalamazoo College from 2013-17 and finished his career strong, earning the titles of team captain and team MVP while also making the All-MIAA team when he finished second in the 50-meter freestyle at the MIAA Championships.

Polzin spent the last two years at Smith College in Northampton, Mass., as an assistant swim coach and graduate assistant. His responsibilities with the Pioneers included working specifically with the sprint groups to develop practice plans and race strategies, recruiting prospective student-athletes, creating and teaching an Olympic lifting class, and acting as an assistant strength and conditioning coach. Polzin also attained a master of science degree in exercise and sports studies from Smith College.

Polzin has spent multiple summers working as a camp counselor at the Longhorn Swim Camp in Austin, Texas, as well as a camp coach at the Hartwick College Swim Camp in Oneonta, N.Y. Across both camps, he led 10-18-year-old swimmers in practice, technique and other camp activities, as well as holding lectures on nutrition, mental preparation and strength training.

Polzin competed at the USA Weightlifting (USAW) American Open Series in November 2019; he is also a USAW sports performance coach. He expects to attain his certification as a Certified Strength and Conditioning Specialist in 2020.

A former all-state swimmer from Northview High School, Polzin received a Bachelor of Arts degree in biology with a spanish minor from Kalamazoo College in 2017.

Congrats Nick! Excited to see you take on this leadership role!