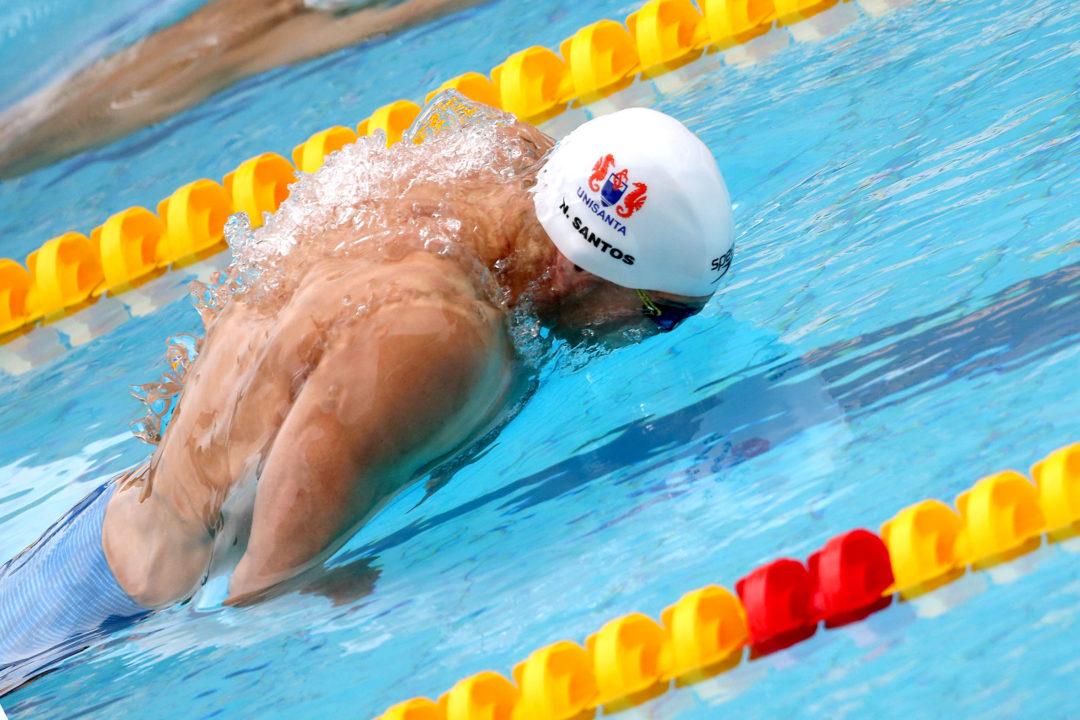 Nicholas Santos tied the world #1 50 fly time with his 22.80 showing in the prelims at day of the Maria Lenk Trophy. Current photo via Satiro Sodre/SS Press

Despite the controversy in the news, the 2017 Maria Lenk Trophy received high interest in Brazil.

37-year-old veteran Nicholas Santos moved into a tie for #1 in the world in the 50 fly at day 4 prelims of the Maria Lenk Trophy, posting a time of 22.80. That swim ties Great Britain’s Ben Proud for the top spot in the world for 2016-17. Santos previously sat 2nd in the rankings with his 23.01 done two weeks ago.

Santos came within four one-hundredths of the Brazilian and South American Record of 22.76, held by Cesar Cielo from the 2012 version of the meet. He improved his previous PB by one one-hundredth, a time he achieved in the semi-finals at the 2013 World Championships. He ended up finishing 4th in the final.

In that same final, Cielo won the World title, his second straight. After missing the Olympics last year, this was probably one of the events he was banking on making for the World Championships, being the two-time World Champion. But after such a quick morning session, that is now in doubt.

37 years of age and performing at its best? New dara torres? Surreal! 🙂

Actually he was a little unhappy still.. he wants the SA record..