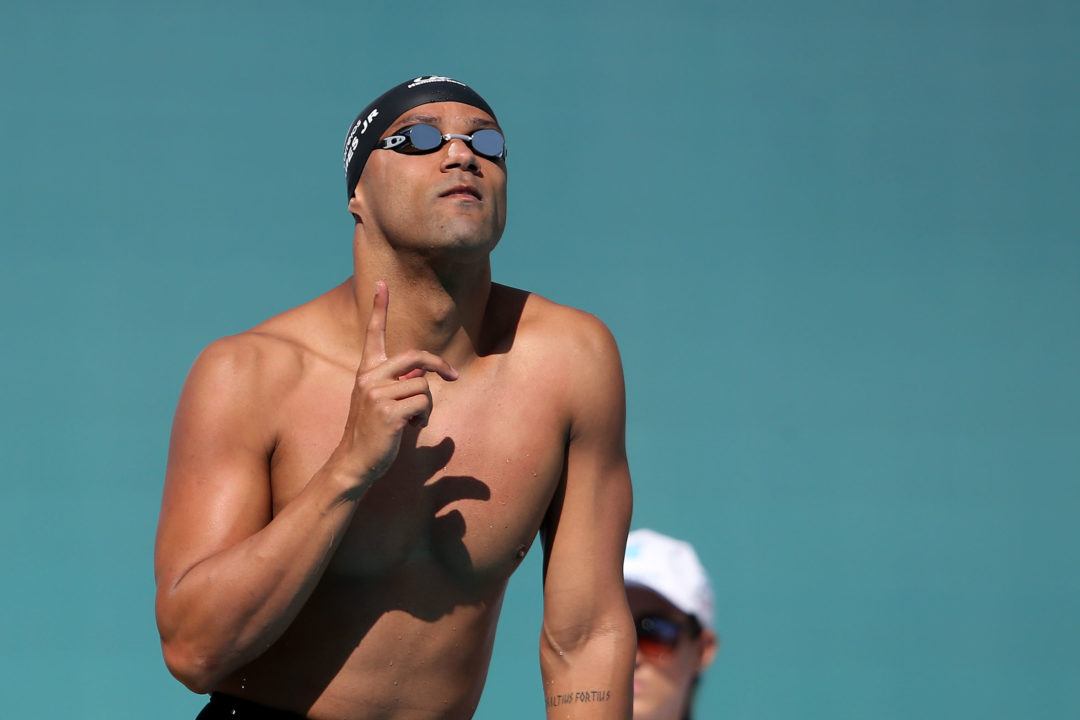 Despite the controversy in the news, the 2017 Maria Lenk Trophy received high interest in Brazil. Current photo via Satiro Sodre/SS Press

Despite the ongoing drama in Brazil, the Maria Lenk Trophy last week received lots of interest in Brazil. The meet, which acts as 1 of 2 competitions Brazil uses for World Championship qualification, actually had more internet views than it did last year prior to their home Olympics, the CBDA reported.

They reported that they received over 60,000 visits on the CBDA portal and the event coverage site (marialenk.cbda.org.br), which is 6,000 more than the Olympic Test Event in 2016. On Facebook, they reportedly reached over 53,000 people with their posts and had over 4,500 views on their videos.

The CBDA attributes part of this success to a new tool on their coverage, that produces real-time results, including splits on the race as it happens.

There’s no doubt that’s not the only reason. The CBDA has been in the news a lot lately, and with this constant coverage, though it hasn’t been positive, it seems to have garnered more interest.

The controversy surrounding the CBDA came to the forefront when long-time president Coaracy Nunes was arrested and their main sponsor Correios cancelled their 26-year sponsorship deal.

In April, many of the country’s top swimmers signed a letter calling for a CBDA reform. About a week after that, Ricardo Prado was named the head of the federation until the upcoming elections, and Correios agreed to extend their sponsorship payments until to the end of May, after meeting with Cesar Cielo, Thiago Pereira and Gustavo Borges.

Other reasons for the increased interest could be the return to competition of Cielo, and that the exposure the sport got at the Olympics garnered more interest nationwide.