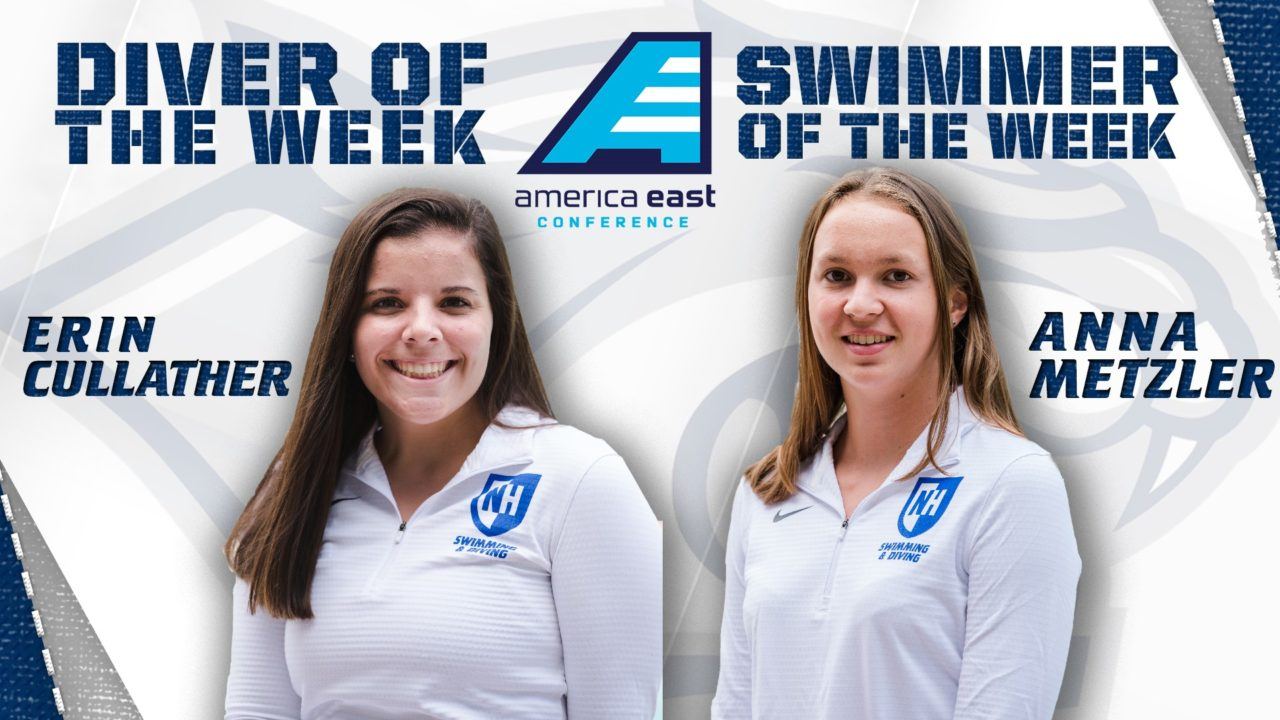 BOSTON – About half of the #AESD programs wrapped up their regular season competition last weekend. The other half will have meets prior to the 2019 America East Swimming and Diving Championship, which will be held again at WPI in Worcester, Mass from February 14-17.

No Male Diver of the Week