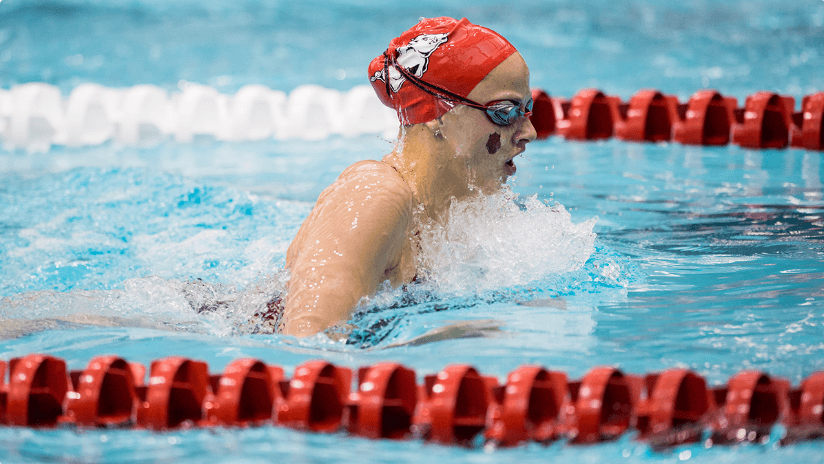 Angel Martinez, Texas A&M
Texas A&M’s Angel Martinez, a senior from San Nicolas De Los Garza, Mexico, won two individual events as the Aggies posted a 172-121 win over LSU. In his final home dual meet in College Station, Martinez won the 100 butterfly (48.18) and 200 butterfly (1:47.85) and was a part of the first-place 200 medley relay.

Women’s Co-Swimmers of the Week

Brooke Schultz, Arkansas
Arkansas’ Brooke Schultz, a sophomore from Fayetteville, Ark., set pool records as she swept both springboard events in the win over No. 25 Houston. Schultz set the school record in the 1-meter with her score of 375.53, and won the 3-meter with a final score of 391.43