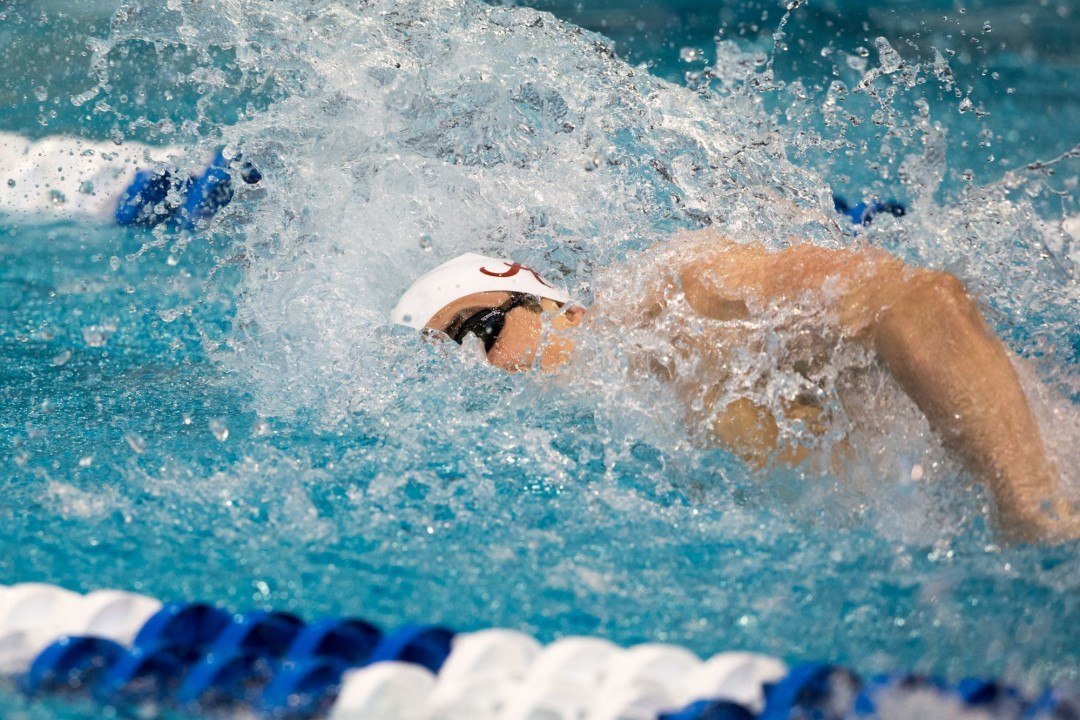 The competition will range from SEC programs (Alabama, South Carolina and Arkansas, for instance) to ACC teams (Georgia Tech) to some of the NCAA’s mid-major Division I powerhouses (Florida Gulf Coast) to Junior College standouts (Indian River).

One of the big team stories to watch will be the Alabama men, who finished 10th at last year’s NCAA Championships and are the only team in the top 10 to return all of their NCAA points.

Defending NCAA 100 free champ Kristian Gkolomeev will get to show off his speed in what should be the Crimson Tide’s major mid-season focus meet in short course yards (the team does have U.S. Winter Nationals listed on its schedule as well; that meet will be conducted in long course meters). Gkolomeev will swim the 100 fly and 100 free, but will not contest the 50 free.

That 50 should still be a great race, though, with Alabama youngsters Luke Kaliszak and Robert Howard set to take on UNLV’s tough senior Dillon Virva.

Alabama is a pretty loaded team: a non-exhaustive list of their potential All-Americans this year would include backstroker Connor Oslin and breaststroker/freestyler Anton McKee.

Alabama checked in at #7 in our men’s power rankings a few weeks ago. Also ranked are the #16 South Carolina Gamecocks, who bring their dominant distance corps to Georgia Tech, led by Akaram Mahmoud and freshman Cody Bekemeyer.

On the women’s side, Alabama should also be the favorites, at least based on the psych sheets. Among their highly-ranked athletes nationwide are breaststroker Bridget Blood and freestyler Emma Saunders.

Florida Gulf Coast enters some quick relays, and will be led by highly-touted freshman Elise Haan, one of the top talents to come out of Florida in her recruiting class.

The meet will also serve as a test run for swimmers and meet management at Georgia Tech, which will host both the men’s and women’s NCAA Championships later this season.