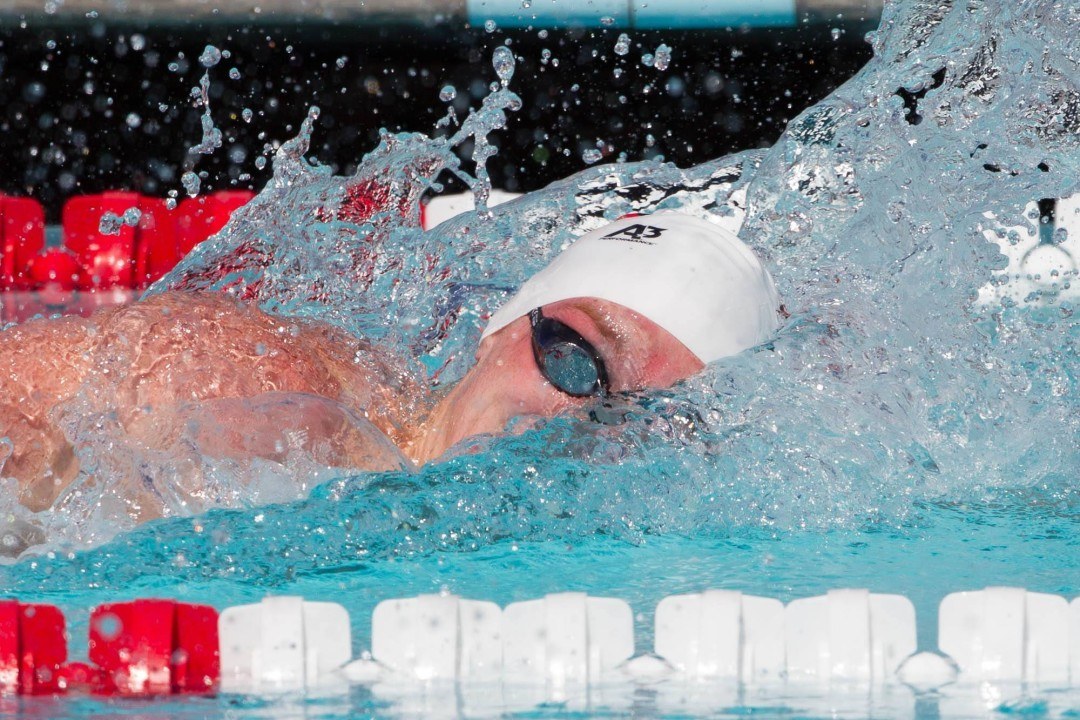 The Wisconsin Badgers will host the Indiana Hoosiers and the Notre Dame Fighting Irish in one of the best matchups of the weekend. Archive photo via Tim Binning/TheSwimPictures.com

Notre Dame and Indiana will travel to Madison for a clash with the Badgers. The Badger men are hot right now after beating the USC Trojan men by just one point last week. Indiana has not competed since Winter Nationals,  and Notre Dame will be coming off a double dual against Northwestern and Notre Dame.

Duke and Georgia Tech will showdown in an ACC conference clash. Duke is coming off a double dual against South Carolina and Harvard, while Georgia Tech will be coming in off of an intrasquad meet. Saturday is also Georgia Tech’s senior day, which should provide extra motivation to the Yellow Jackets.

Finally, several NCAA teams, including the Texas Long Horns, will be competing at the Arena Pro Swim Series at Austin, the biggest meet of the weekend for many colleges and pro teams.

Below we’ve listed all the NCAA Division I meets we could find. There’s a lot teams so we’re sure we’ve missed a few. Leave them in the comments and we’ll add them to our list.