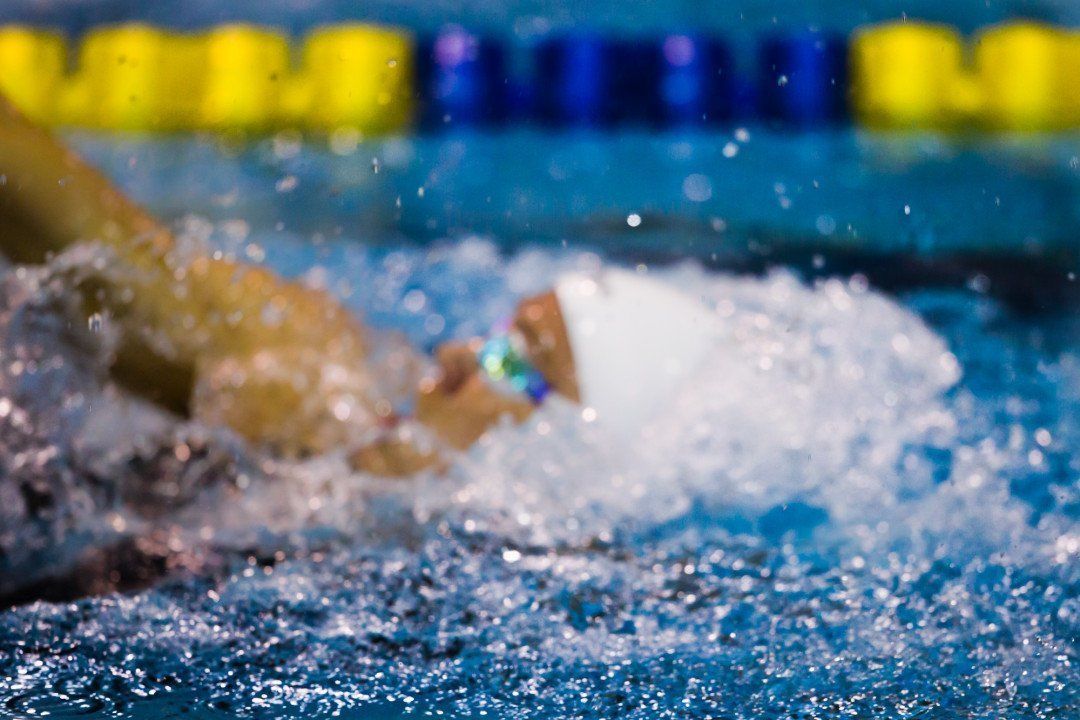 South Korean swimmer Ji Heun Kim has tested positive for the banned substance Clenbuterol at an out-of-competition test on May 13th,... Stock photo via Tim Binning/TheSwimPictures.com

South Korean swimmer Ji Heun Kim has tested positive for the banned substance Clenbuterol at an out-of-competition test on May 13th, 2014. After completion of proceedings by the Korea Anti-Doping Disciplinary Panel, Kim received a two-year suspension, back-dated to the day of his positive test.

The 25-year old Kim is a huge figure in South Korean swimming: one of their bigger male stars. He swam the leadoff leg of South Korea’s prelims relay at the 2010 Asian Games, posting a 57.15 in the 100 meter backstroke, and also represented the country at the 2008 Summer Olympics in the 200 backstroke. There, he placed 26th overall in 2:00.72.

South Korean aquatics don’t have much of a history of issues with doping. FINA’s public report listings don’t name a single doping sanction across its 6 disciplines for the country since a swimmer received a two-year suspension in 2007.

Clenbuterol is not a frequent culprit for doping suspensions by FINA, though there historically has been a case-or-two every year. It’s clinical use is as a decongestant and bronchodilator to treat ailments like asthma, though it is not an ingredient in any US FDA-approved theraputic drug.

The most high-profile positive tests for clenbuterol in the past includes U.S. swimmer Jessica Hardy (it cost her a spot on the 2008 Olympic Team); Asian Record holder Ning Zetao; major-league baseball player Guillermo Mota; and former Tour de France champion Alberto Contador. These cases have consistently carried two-year suspensions (except in the case of Mota, not under the auspices of WADA, who received a 50-game suspension). In 2011, however, members of the Mexican National soccer team escaped suspension by claiming that their food was tainted with the substance – a claim backed by FIFA reports that 109 players from the U-17 World Cup, held in Mexico, tested positive for the same substance.

Hmm, this is bizarre. I don’t know a ton about PEDs, but I do have a pretty strong interest in weightlifting and I was under the impression that clen is used for ‘cutting’, when you are trying to lose excess fat. I didn’t think it was for gaining muscle or getting stronger, so I’m not sure why it would be particularly helpful in swimming. Although it seems like enough swimmers have been caught with it that it must be good for something.

Thanks, today I learned. I was under the impression it was used pretty much exclusively in a PED scenario.

It was mentioned in the article but it does bear repeating: Clenbuterol is omnipresent in pork products, especially in the Far East. I’d suggest that anyone eating pork at damm near any restaurant in China, Hong Kong, Korea or any other country in the region would test positive for the drug’s presence.

It’s used, I believe, to lower the amount of fat in the animals.

An accidental positive is a very real possibility.