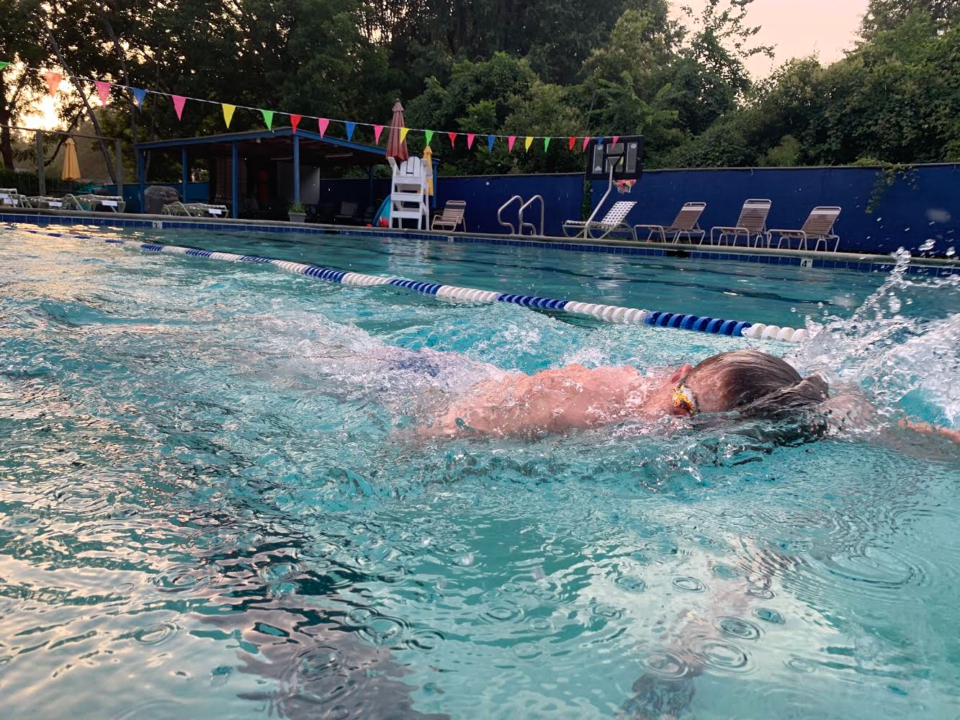 16 yr old Cooper Sever is going to attempt to swim for 24 hours in order to raise money for The Shepherd Center Patient Assistance Fund in his uncle’s name. Current photo via Michael Sever, USED WITH PERMISSION

Officer Chris Shepard recovering from his spinal cord injury alongside his family. Via Michael Shepard. USED WITH PERMISSION

On July 21, 16-year old Cooper Sever will attempt to swim for 24-hours and 30 miles as a fundraiser in honor of his uncle Chris Wooten.

In order to honor Wooten, Sever, a competitive swimmer from Salisbury, North Carolina has decided to take on the 24-hour swim and turn it into a fundraising event. The event will be held at Eaman Park Pool in Salisbury beginning at 6pm on July 21 and ending a day later  on July 22 at 6pm. His ultimate goals for the event include swimming 30 miles and raising $30,000, with online donations already occurring.

During the event, Sever will swim in 30 minute increments, with the goal of hitting 1.25 miles per cycle. Between increments, he will take time to rehydrate and rest.

All money raised during the event will go towards The Shepherd Center Patient Assistance Fund, which provides assistance to patients suffering from spinal cord injuries by helping pay for medical expenses like prescriptions and other medications.

However, he is looking to his uncle’s strength to help him get through the swim, “We’ve always had that connection, I remember growing up and throwing a football around in the yard with him. That’s never going to change, it will always be the same.”

These 16 year olds likely don’t even realize how much we, as the entirety of the world, need this right now. Bless this next generation! Good luck Cooper!

This is love in action ! Swimming for that long, don’t forget to vaseline the pits. With each stroke reflect upon the many great memories.

This is inspiring. May the positive thoughts of friends, family, and strangers alike propel you towards your goal, Cooper! Donated.