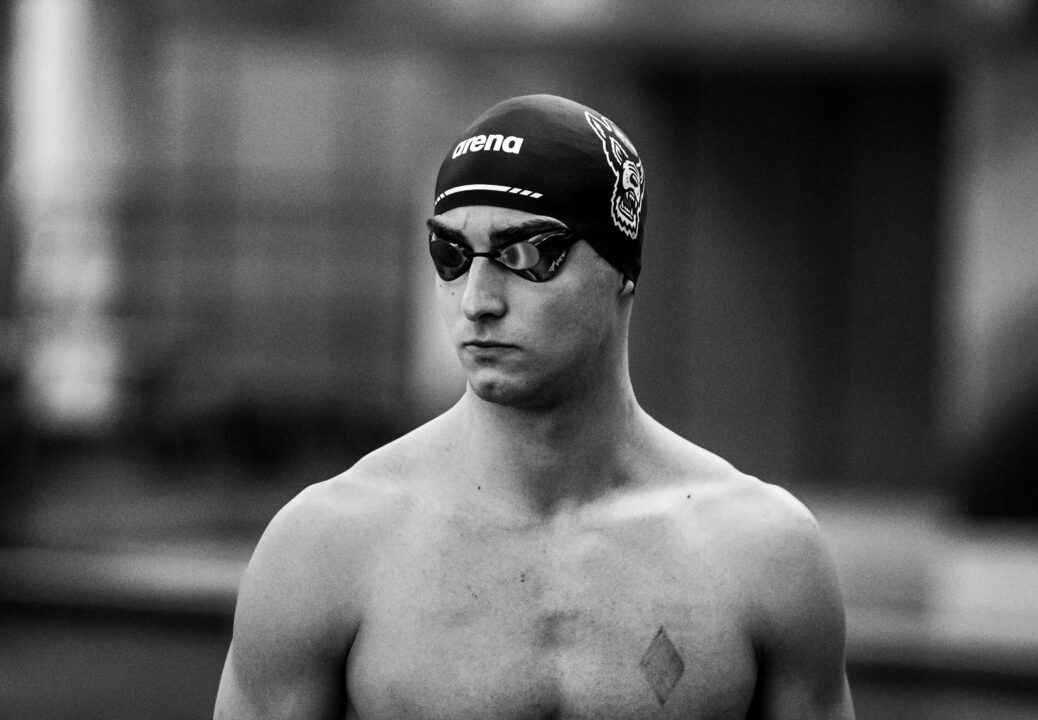 Giovanni Izzo (above) and Rafal Kusto will both be returning to NC State for a fifth year. They scored a combined 97 individual points at 2022 ACCs. Archive photo via Luke Jamroz Photography ©

NC State senior men Rafal Kusto and Giovanni Izzo have announced they will be staying at NC State to use their COVID-19 fifth year of eligibility.

As seen above, Kusto has improved in his first four years while at NC State. Kusto is originally from Lublin, Poland so he was new to the yards format when he first arrived.

As seen above, Izzo has also improved in his time at NC State. Most notably, Izzo never competed in the 200 IM until his senior season.

The return of Izzo and Kusto is huge for NC State as they look to defend their ACC Championship title and look to improve upon their fourth place finish at 2022 NCAAs. After having 14 individual swimmers qualify for NCAAs in 2021, the NC State men had 18 swimmers invited to NCAAs this past season. The Wolfpack men ran into the problem of having too many qualifiers, therefore, having to scratch a swimmer for NCAAs.

Rafal Kusto is from Lubań (town in southwestern part of Poland), not Lublin. (https://gopack.com/sports/swimming-and-diving/roster/rafal-kusto/11146)

Some of that Ponti money getting reallocated on the men’s side.

How do 5th years work? Are they still doing classes or just swimming?

If they’re working towards finishing their undergrad they can sometimes be enrolled less than full-time, but that would typically coincide with a December graduation and not completing another full year. Seems like most 5th years are pursuing master’s degrees.

They have to be enrolled full time (or close to it) in an academic program which can be undergraduate or graduate.

Seems like the women returning are the bigger story. Did we already know about them, or are they getting a separate write-up?

Anya has a list of about 40 swimmers returning for 5th years next season to work through. We could put them all in one article, but that wouldn’t really be as much fun, would it?

We’ll summarize at the end, of course.

Sounds good, looking forward to consuming all the NCAA swimming buzz you can throw at us.