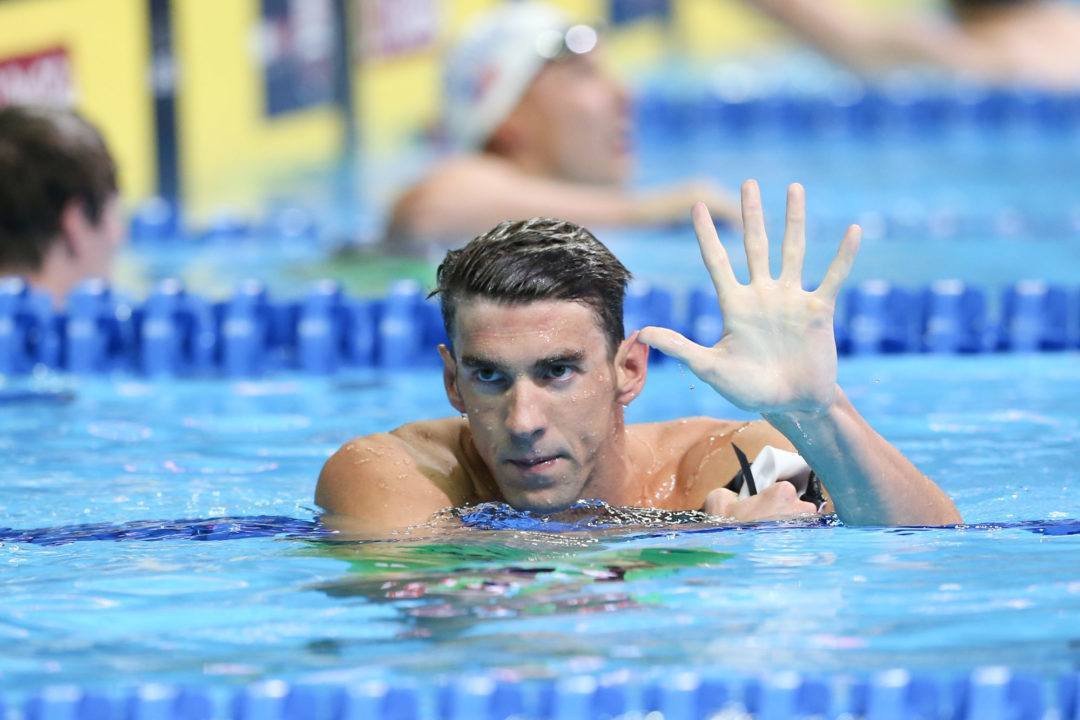 Michael Phelps trained at Medowbrook for the majority of his career, including in preparation to the 2000, 2004, and 2012 Olympics Archive photo via Tim Binning/TheSwimPictures.com

On Thursday, the North Baltimore Aquatic Club swam their last practice at Meadowbrook Swim Club, ending a relationship that dates back to the mid-80s. Meadowbrook is best known as the facility where Michael Phelps started swimming and trained as he became an international sports star in the 2000s.

Phelps, owner of 28 Olympic medals, trained at Meadowbrook as an age-grouper when he made his first Olympic team as a 15-year old in 2000. He continued to train at Meadowbrook through the 2004 Athens Olympics where he won eight medals including six gold. After Athens, Phelps relocated to the University of Michigan with coach Bob Bowman. Phelps returned to Meadowbrook as he prepared for the 2012 London Olympics where he won six more medals, four of which were gold.

The home of history’s most-accomplished competitive swimmer Michael Phelps has given Meadowbrook Swim Club a bigger national brand than most pools have.

In 2015 Bowman left NBAC to take over at Arizona State where Phelps joined him. Prior to relocating to Tempe, Phelps had one last race at his childhood pool. Bowman and Phelps leased time at the pool until 2017 when they chose not to renew their lease.

With the relationship between NBAC and Meadowbrook coming to an end, this leaves NBAC in flux in regard to their training location. The club is currently training at Springlake Swim Club and should be using the 4 Seasons pool this summer. They are looking at multiple facilities for the long term starting in the fall, with the pool Loyola University (MD) being among the options on the table.

Paul Yetter, Head Senior Coach at NBAC, posted a Facebook message about his history with the pool that dates back to 1990.

“We forward in this generation, triumphantly” – Bob MarleyYesterday our NBAC athletes & coaches had our final practice…

Absolutely agree with comment above—it is concerning that two individuals found to have abused young athletes in the past, a facility owner with desired focus on youth and a youth coach, are allowed to continue in the youth sport and launch a new swim team. NBAC was smart to stick to their guns and not let these folks back into the team fold. Disappointing for sure, but some things don’t call for a second chance being allowed when vulnerable youth are involved. Isn’t this what we’ve been committed to eliminating from the sport? Do we need another ‘gymnastics moment’ to recommit to the promise of keeping our young athletes safe?

It is extremely disappointing to me to read about this situation as North Baltimore Aquatic Club has established itself as a prime swim club and it was my group of swimmers, under Murray Stephens, that actually put our time and hearts and money into building that pool, we were the 1st group to swim laps around the fountain in the short end. This was Murray Stephens’ vision it is very sad to hear that his team, NBAC, who established that pool as their own is now having to seek out of replacement. I do not understand this at all and think it is morally wrong.

NBAC crashed into a pit of irrelevancy years ago. Over saturated team with unattainable goals. Struggling to even scratch the surface of greatness for years now.

The atmosphere at Meadowbrook has been poisonous since the old/new management returned, not only issues with NBAC, but with their regular members. Wish they would sell so it could become an enjoyable place to go again.

When is Safesport going to right a wrong done by Chuck Wielgus and high ranking USA Swimming board members and but Murray Stephens and Dick Shoulberg on the banned list with their buddies Mitch Ivey, Richard Curl and Joe Bernal.

NBAC’s age group program has gotten too big and is not well coached. They haven’t been a gold medal club since 2017.

That’s not true. It’s much bigger than when I swam there in the 80’s and 90’s (only 4 levels and maybe 90 kids), however the excellence in coaching remains. The big difference I see is that there is space even for the mediocre swimmer and that wasn’t necessarily the case back in the day. Like with any youth sport, there is a great self selection at age 13 and above. The ones that are truly committed and tend to be more successful continue on in the sport and the others drop out. Bob Bowman brought in the era of post collegiate club swimming with elite swimmers training together at NBAC. With Bob leaving, it’s now back to what it was… Read more »

Michael was doing some volunteer coaching for the college team back in 03 / 04.

Shaq vs Michael Phelps was also held at Loyola!

I’ve been waiting a long time for the rematch

The campus was closed to outside groups due to the pandemic but they had swimmers training their up until last February. They also used Goucher college. As the world was shut down Coach Tom Hines had his swimmers back in the water the beginning of June and they are still training and competing.

I was pretty shocked when I first saw Meadowbrook’s indoor pool in videos of Phelps post 2008.

Surly the best swimmer in the world had world class facilities… Nope.

Loyola was already being used as a satellite for several years, and their pro group would practice alongside the college team with Bob Bowman and Brian Loeffler running some joint sessions.

That’s awesome, was probably a decent recruiting pitch before Arizona.

Meadowbrook fails to realize just how much their success has been due to NBAC. Interested to see where meadowbrook swim team gets swimmers from in an already team dense area. Particularly if NBAC says close by.

NBAC already pulls kids from the succesful teams in Baltimore. Highly doubt they have to worry about Meadowbrook Swim Team

Well, in Tucson its somewhat different. Ford, the team that practices at U Of A is the powerhouse rather than a club emerging from the suburbs like North Baltimore. In fact with the exception of Caitlin Leverenz that worked out at El Dorado Swim Club rather than Ford in Tucson Arizona most of the Olympic and National caliber swimmers are from Ford, a college program down to age group. Ford fixed up its pool about 3 years ago.