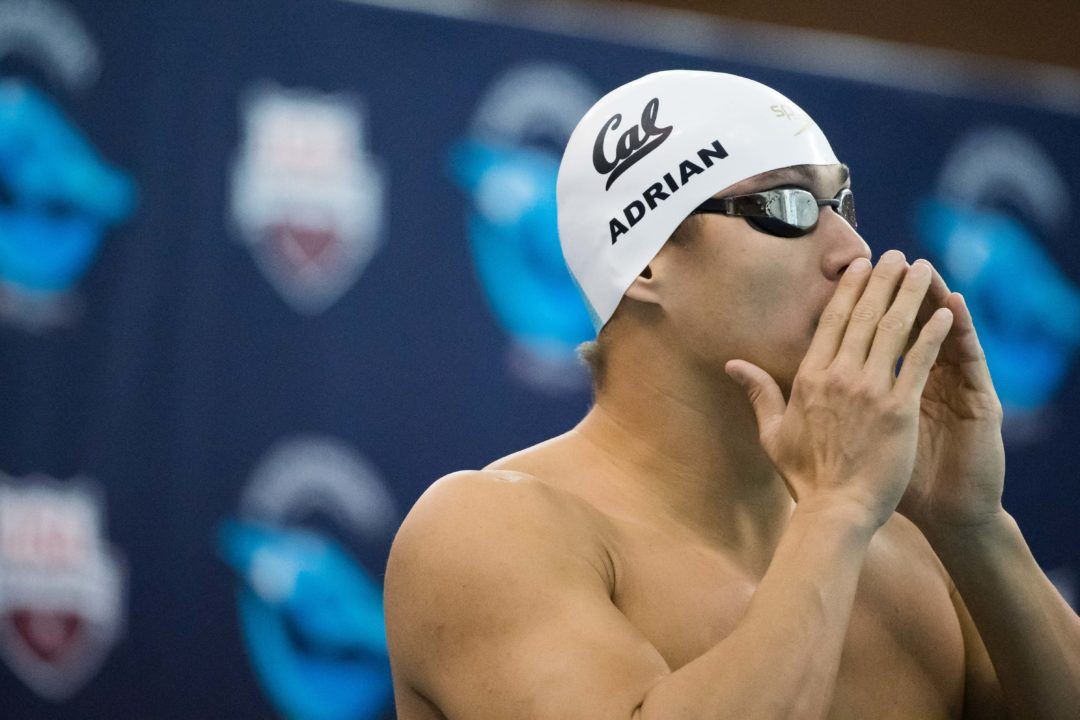 Adrian, who missed his own graduation in 2012 due to a swim meet, will speak at his alma mater December 15th. Archive photo via Mike Lewis/Ola Vista Photography

Decorated Olympian and UC Berkeley graduate Nathan Adrian will give the keynote address at his alma mater’s Winter 2018 Commencement on December 15, the school announced Monday.

Adrian, who still swims at Cal, thought his teammates might be pranking him when he first received the offer to speak.

“It wasn’t that long ago that I graduated,” he said. “Initially I was skeptical, that the guys were trying to prank me. But knowing that the students were asking me, I felt super honored.”

“We, the Senior Class Council, really feel he truly embodies what it means to be a Golden Bear,” UC Berkeley Senior Class President Jesse Gil told The Daily Californian.

The school’s announcement also notes that Adrian, who graduated from the School of Public Health with honors in 2012, missed his own graduation ceremony due to a swim meet.

And the sacrifice was likely worth it, as Adrian won Olympic gold just weeks later.

“The coaches would have let me go to the ceremony. It was my call to choose training,” he said. “I won the 100 free in London, and I won it by one-100th of a second. Was skipping graduation the margin of error? I don’t know. I was sad to miss out on being in Berkeley. I was sad but glad.”

While he doesn’t yet know what the exact topic of his address will be, it’s probably safe to assume it will involve his experience as an athlete.

“I know how crazy it is to balance life in Berkeley between being a student and an athlete,” he said. “Not everyone is an athlete, but doing it at Cal, getting a degree, in my humble opinion, is more difficult than at most. I’ve given other talks in the past, but this one will be special.”

Adrian added: “Swimming is just like anything else in life… You don’t get it. You have to earn it. That’s what sport teaches you.”

This is a huge honor! Congratulations Nathan!

What a huge honor for him!