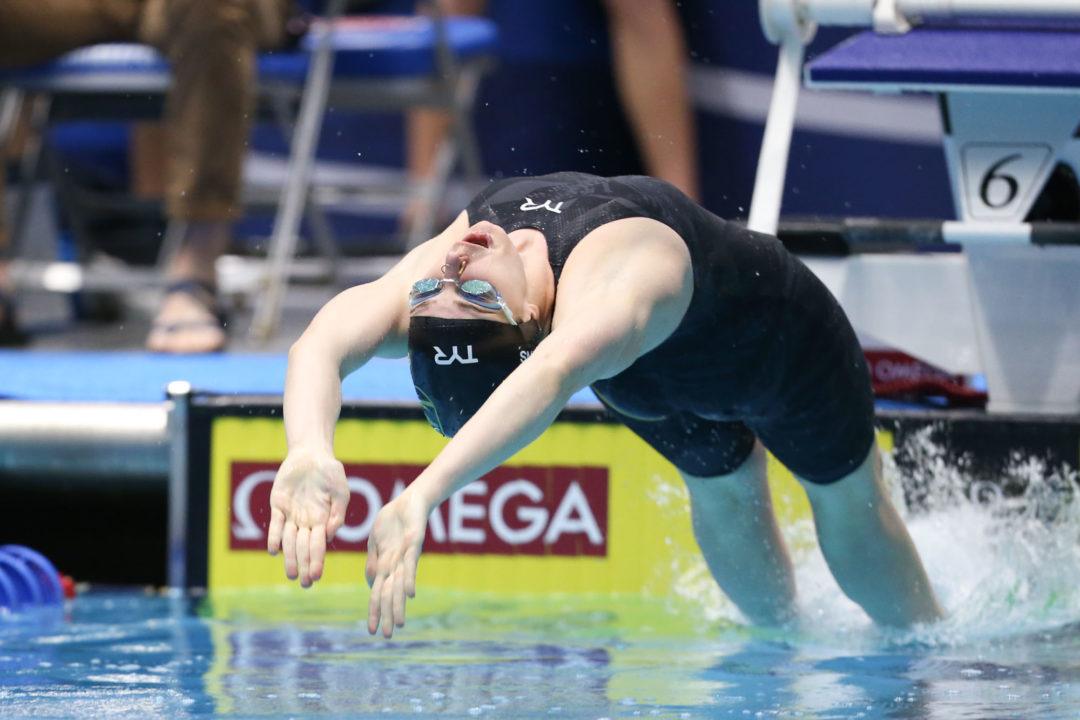 Hannah Stevens picked up two event wins as both the Mizzou men and women rolled to wins at the 12th annual Show-Me Showdown. Archive photo via Tim Binning/TheSwimPictures.com

The University of Missouri swimming and diving teams opened up their season on Friday afternoon with a pair of victories at the 12th annual Show-Me Showdown. Both their men’s and women’s teams topped the likes of Missouri State, Washington and Lindenwood.

Missouri State’s Sydney Zupan (100 fly) and Vikte Labanauskaite (100 breast) were the only non-Mizzou winners on the women’s side.

Just like the women, Missouri State’s lone individual wins on the men’s side came in the 100 fly and 100 breast, as Artur Osvath claimed both in times of 48.58 and 55.22 respectively. The Bears also won the 200 medley relay to start the meet off, while Mizzou claimed both the 200 and 400 free.

They swam this whole meet in one day?? That must have taken forever

4 hour meet dude. Sucked to sit through. Probably just as bad to swim in.

It’s just a high school meet setup. It does take forever though, probably not as long this year though. Drury and Truman were both absent this year, so that probably cut some time out