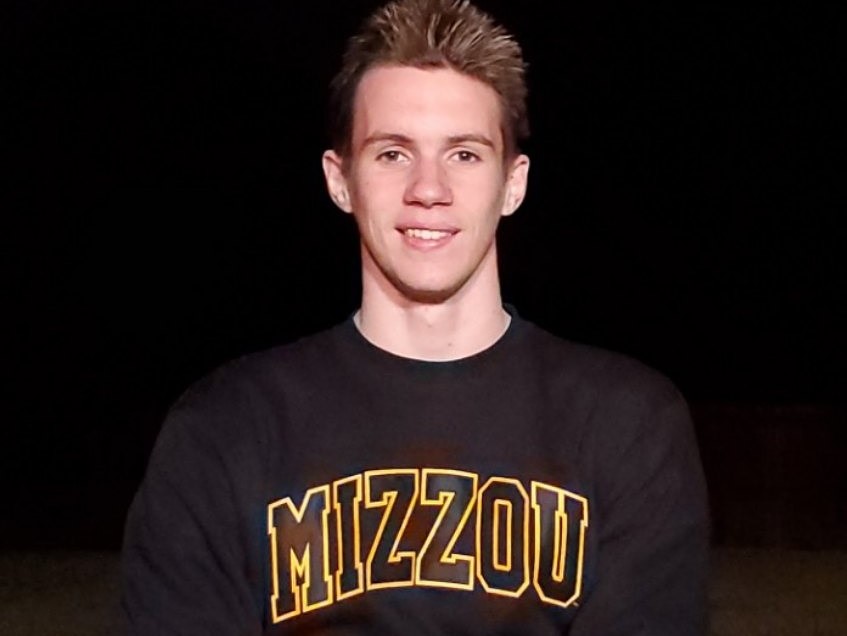 Wilson is now the 5th Mizzou Tiger to swim under 46 seconds in the 100 fly. The  school record sits at 44.84, just broken by Danny Kovac at SECs. Wilson’s former lifetime best of 46.48 originally ranked 8th in Mizzou’s all-time top 10. Looking at the list, half of the times came from the last year.

Missouri State teammate Liberty Howell swam the 200 free twice, attempting to swim under the B cut of 1:47.12. Coming in with a 1:47.20 seed, Howell first swam 1:47.29, less than a tenth over her season best. Later in another time trial, Howell then popped a 1:46.17, swimming a second under the standard.

The meet served as a last chance national qualifying event. Therefore, no team scoring was recorded as events were strictly individual. In addition to no team scoring, there were no diving events.

“We are starting down the home stretch of meets for the regular season,” head coach Dave Collins said. “Today, the group raced tough and put up some powerful results. We seem to be improving each time we compete this year which is a good sign for things to come.”

“I am really happy with my swims today,” said Miller. “Lifetime bests are always something to be grateful for, especially in a crazy year like this. “Breaking the 49-second barrier is something that I have been working towards for a long time and it feels good to finally achieve it. With so many lifetime bests across the whole team, we are in a really great spot to accomplish some amazing things the rest of the season.”

“It was great to see the performances we had this weekend,” Hampel acknowledged. “These swims are going to be a huge confidence boost when we face conference opponents in the coming weeks. The sky is the limit for us as we move toward championship season.”

The 200-backstroke featured two lifetime bests for the women as Kellie Fischer swam a 2:02.05 and Ainsley Krug posted a 2:03.61

“Being able to post a best time without being as fully prepared as I would be for the conference championship really shows me that the work I am putting in is paying off,” Fischer stated.

Freshman Dylan Moffatt posted his second lifetime best this season in the 1650 free, swimming a 15:08.07.

“Swimming two lifetime bests in the 1650 this season has put a lot of confidence in my swimming,” Moffatt said. “I am really looking forward to seeing it all come together at the end of the season.”

Both teams will be back in action March 5-6, when they travel to Carbondale, Ill., to compete against the Southern Illinois Salukis.

COLUMBIA, Mo. – The Mizzou men’s and women’s swimming teams set a number of personal-bests in a meet against Missouri State Sunday at the Mizzou Aquatic Center.

In the men’s 100 fly, freshman Daniel Wilson (Norman, Okla.) notched a personal-best 45.98, which bettered his old best of 46.48 from November. The time moved him up to 20th nationally in the event and fifth all-time at Mizzou.

Freshman Jane Smith (Palatine, Ill.) also swam a big best in the 1650 free, going 16:23.83, knocking over three seconds off her old time from the Southeastern Conference Championships. Smith also moved into third all-time at Mizzou in the event, and up to 41st nationally. Additionally, her 1000 free split of 9:54.25 was also a best time.

Additionally, junior Kayla Jones (St. Charles, Ill.) recorded a time of 2:10.49 in a 200 breast time trial, which was a season-best and just off her career-best. The swim moved her into 43rd nationally in the event.

In the men’s 100 free, senior Grant Reed (Austin, Texas) moved into seventh all-time at Mizzou with a personal-best time of 43.33.

Mizzou Head Coach Andrew Grevers
“For the women to come out of a very intense week of training and our men just coming off the SEC Championships, we had a lot of very fatigued athletes out there stepping up and swimming lifetime bests. I’m extremely happy with the effort from our swimmers and the energy from our athletes here cheering them on. It was an awesome day and was a great way for some of our Tigers to end their seasons and some other Tigers possibly extending theirs.”

The Missouri record is out of date now. Kovac just went 44.84 to break it at SECs!

Wasn’t it more like roughly a day after the men’s SEC champs?