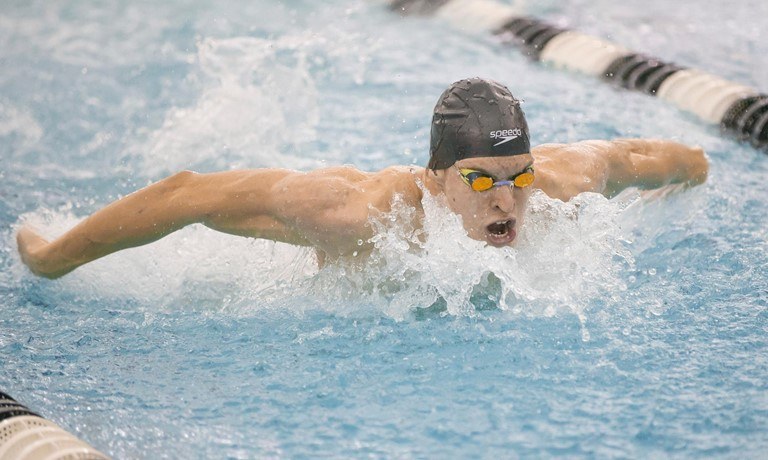 After a promising opening weekend, the Missouri State swimming and diving team returns home to Hammons Student Center on Saturday, Oct. 7, to play host to conference foe Southern Illinois in a dual slated for 11 a.m.

Missouri State started off the season strong at the Missouri Show-Me Showdown as both the men and the women took second. The MSU women brought in 12 top-five individual and two top-three relay finishes while the men’s team collected 17 top-five individual finishes. The men also went on to win one relay and took second in two others.

Senior Sydney Zupan and sophomore Vikte Labanauskaite highlighted the women’s side, bringing in victories in the 100 butterfly and 100 breaststroke, respectively. Zupan, who clinched the 100 fly in 55.74 seconds, leads the league and sits at No. 13 in the nation in the event. Her efforts in the 100 fly, as accompanied by second-place finishes in the 100 back and the 200 and 400 medley relays earned her Missouri Valley Conference Swimmer of the Week honors.

Junior All-American Artur Osvath highlighted action on the men’s side, reigning in two victories in the 100 fly and 100 breast. His efforts at the meet earned him Mid-American Conference Swimmer of the Week honors. Outlasting Missouri Tigers in both events, Osvath ranks ninth in the 100 fly on the national stage and sits third in the nation and is one of three swimmers to record a B-cut in the 100 breast.

A Look At The Competition

The Salukis enter Saturday’s meet with two competitions under their belt. While no score was recorded back at the beginning of September, SIU squared off against Lindenwood on Friday, Sept. 15. The Salukis participated in the CSCAA Open water National Championships a day later, where the women placed fourth our of twelve teams.

SIU’s most recent meet was a conference dual against Evansville on Sept. 22-23 and resulted in wins for both the men’s and women’s team. Picked to finish second in the MVC, the SIU women outscored Evansville 97-49 while the men won 89-54. The Saluki men were selected as the fourth-finisher in the MAC preseason poll, just two places behind the Bears.

Saturday’s dual against Southern Illinois is scheduled to begin at approximately 11 a.m. at Hammons Student Center. Results will for the meet will be available on Meet Mobile. For all the latest information on the Missouri State swimming and diving team, visit missouristatebears.com or follow @MoStateSwim on Twitter.