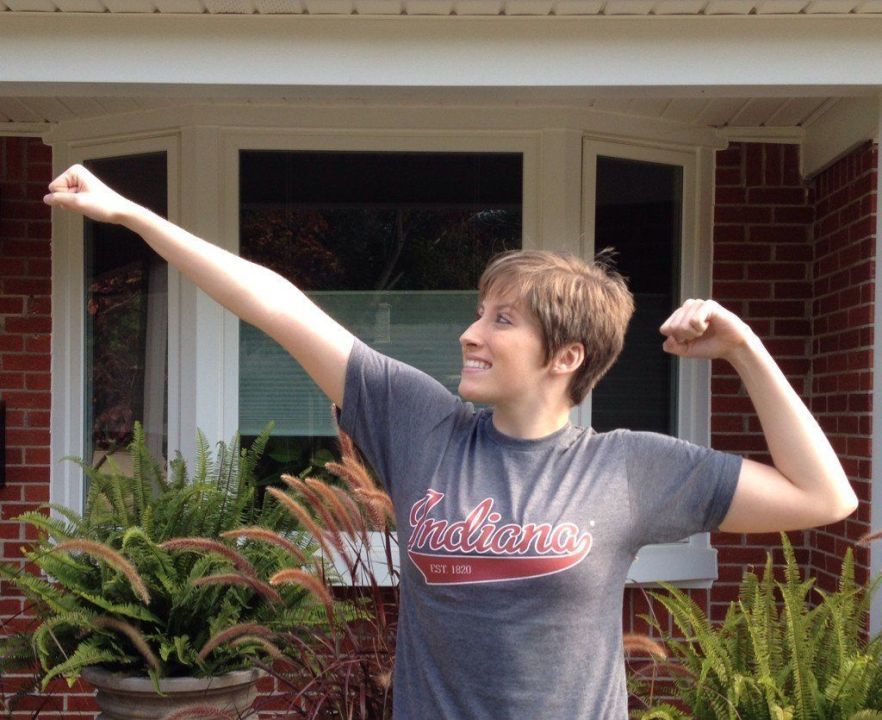 At the 2016 Women's NCAA Championships, Indiana freshman Miranda Tucker swam to a new 17-18 National Age Group Record in the women's 100 breast. She was 3rd place in her first ever NCAA championship final, posting a time of 58.10. Archive photo via Miranda Tucker

At the 2016 Women’s NCAA Championships, Indiana freshman Miranda Tucker swam to a new 17-18 National Age Group Record in the women’s 100 breast. She was 3rd place in her first ever NCAA championship final, posting a time of 58.10. That cut over a half second off her previous best time, which was a 58.58 from the 2016 Big Ten Championships.

The previous NAG record belonged to U.S. Olympian Breeja Larson, who set the bar at 58.51. Larson, a Texas A&M graduate, swam that time as a freshman at NCAAs in 2011. When comparing their splits, Tucker has the faster 1st and 2nd 50, but she’s notably faster on the back half. She came home in a 30.48, while Larson was 30.72 on her 2nd 50 during her record-setting swim.

Tucker also earned a spot on the list of the top 10 100 breaststroke performers ever. Her swim tied Rebecca Soni for 10th all time. She’s still 18 until June, which means she has a chance to go after the 200 breast record and try to break into the top performances in that event as well.

She was 58.10 in her finals swim. Representing the state of Michigan right therr!

I remember last year breaststroke was a huge liability for Indiana and basically the reason they didn’t win big tens. Now a year later and they have the two best all around breaststrokers in the country and they’re both freshmen.

Congratulations to Miranda Tucker for beating NAG and tie with Soni (big for an 18 yr old)! Indiana has a great breaststroke game now, and doing better than at big 10. Those were awesome splits!